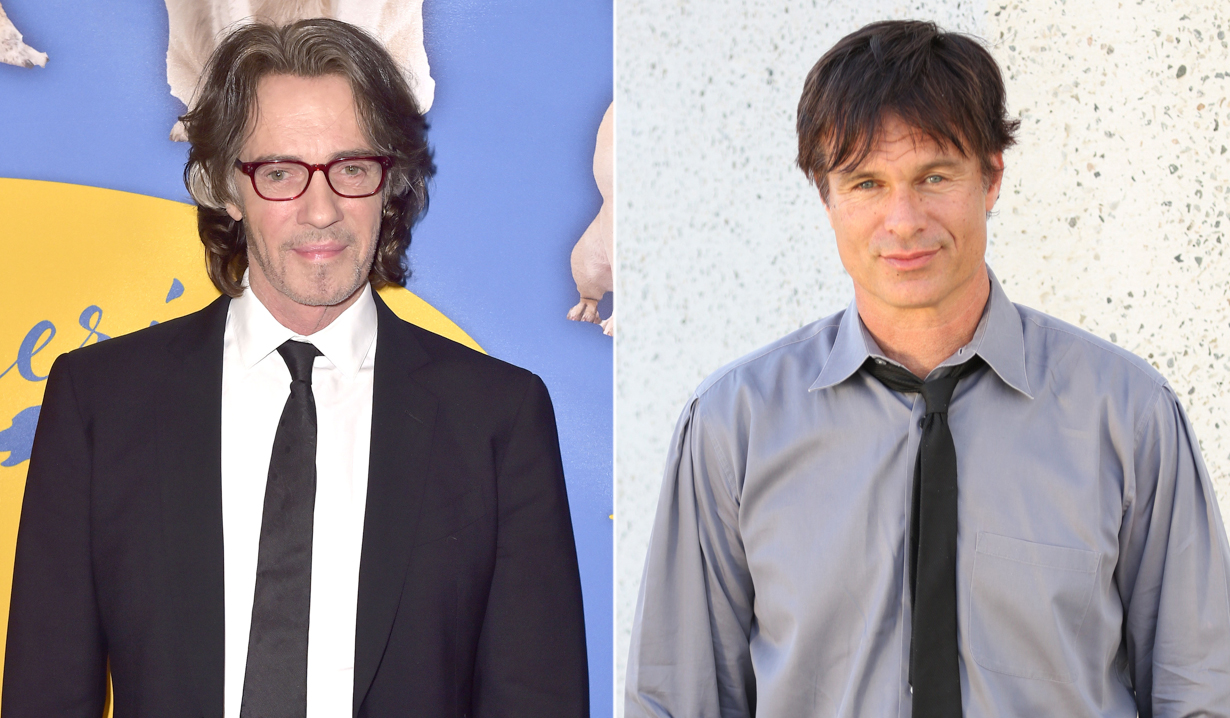 Catching up with your favorite soap alums.

From time to time Soaps.com likes to keep our readers updated on what some of your favorite actors who have moved on from the soaps, or are currently taking a break from daytime, are up to. From television shows, to talk shows, to directing, former daytime stars are staying busy.

Patrick Muldoon swims with the dolphins

Days of our Lives alum Patrick Muldoon (Austin Reed) stars in the upcoming film Bernie the Dolphin. Set in St. Augustine, Florida, the film is a family adventure about siblings Holly (Lola Sultan, Monsters at Large) and Kevin Ryan (Logan Allen, Talia in the Kitchen ) who befriend a badly sunburned dolphin separated from his family and uncover a secret plan that could destroy the beach and their new friend’s home by businessman Winston Mills (Kevin Sorbo, The Legendary Adventures of Hercules). The kids must devise a clever plan to stop the bad guys, protect the sea life, and, most importantly, save their best friend, Bernie. Muldoon plays the children’s father, Bob Ryan.

Tammin Sursok is back in bed

Former The Young and the Restless star Tammin Sursok (Colleen Carlton, and Jenna Marshall on Pretty Little Liars) is relaunching her YouTube talkshow In Bed with Tammin for its third season. The show features a revolving set of guests who join Sursok in bed for an intimate and cozy chat, but also involves topics from marriage, to motherhood, travel and cooking. Notable guests for the first two seasons included fashion icon Betsy Johnson, television and movie star Jenna Elfman, and Heather Dubrow from The Real Housewives of Orange County. Tammin Sursok recently revealed she’s pregnant with her second child.

The Bold and the Beautiful’s Ashlyn Pearce (Alexandria Forrester) recently directed her first music video for Kara Connolly’s song Life in Rear View. Connolly is a singer, songwriter, actress and producer. Life in Rear View is her first single from her upcoming LP of the same name. The album is a blend of percussive pop, folk, and country and takes the listener on a journey from breakdown to breakthrough. The title track is about a woman letting go of her past and discovering herself all over again. The video was shot in the Yermo desert of California, featuring Connolly out for a drive and used state of the art drone shots to capture all the action.

Rick Springfield guests on The Goldbergs

General Hospital’s Rick Springfield (Port Charles’ Noah Drake) is set to appear in the sixth season of ABC’s hit comedy The Goldbergs. On the show Springfield will play the boss of Erica’s (Hayley Orrantia) character and the owner of a karaoke bar called Gary-oke’s. The new season premieres on September 26 at 8:00 PM. Tune in for Springfield’s appearance on Wednesday October 10 at 8:00 PM.

Alright! At last I get to play a guy from the ‘80s. I’m excited to guest star on ‘The Goldbergs’ and return back to 1980-something!