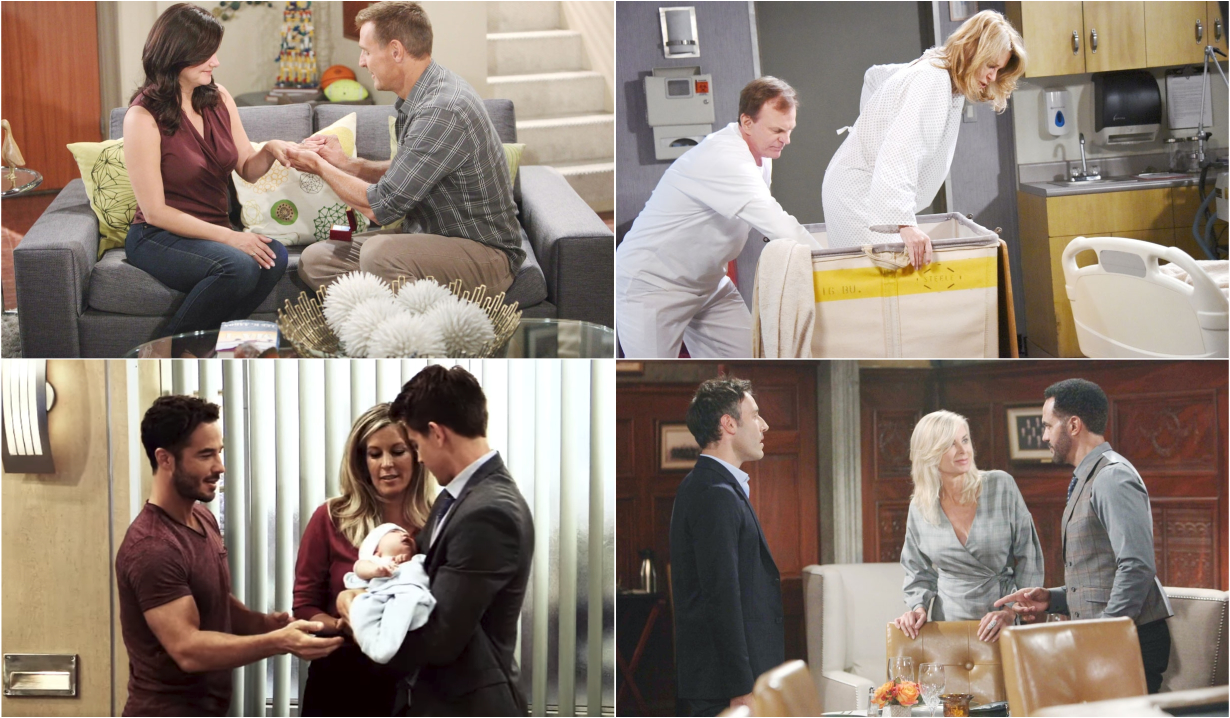 Soaps.com has a rundown of last week’s Bold and the Beautiful, Days of our Lives, General Hospital and Young and the Restless episodes, as well as a teaser for what’s ahead for each soap opera.

First on The Bold and the Beautiful, Brooke was flabbergasted by Dollar Bill’s attempt to kiss her, yet still agreed to talk to Katie on his behalf! How are all these women charmed by this guy? Katie accepted Thorne’s proposal, and a furious Bill vowed Thorne would not replace him as Will’s father. And Ridge happened to know the judge presiding over the custody case and pressured him to rule in Katie’s favor. Coming up: Wyatt and Brooke plan to testify on Bill’s behalf.

Over on Days of our Lives, Marlena’s family was overjoyed when she woke up after being removed from life support, but shocked when she accused her daughters of trying to kill her. Secretly Roman, Kayla and John have replaced Marlena with her look-a-like Hattie Adams to give Marlena time to recover. This show seems determined to set a record for the number of doppelgangers. Both Shawn and Rafe questioned Hope’s discovery of new evidence that implicated Ben in the cabin fire. And DNA tests indicated that Lucas was the father of baby Bonnie. Coming up: Eric learns that Brady blackmailed Nicole into leaving him.

And on General Hospital, the body in the basement of Julian’s pub was identified as the long missing father of Port Charles’ new DA, who has it out for Sonny. How convenient! Cam overheard Franco discussing Oscar’s brain tumor on the phone with Drew and later accused Oscar of lying to Joss about his health. Only, Oscar doesn’t know about the tumor. Brad and Lucas learned their adopted son, who is really Michael’s due to the baby swap, has the same genetic heart condition that Michael and his father had. Coming up: Jason makes a confession.

Finally, on The Young and the Restless, when it came to light that Billy was stealing from Jabot to support his gambling, Traci staged a family intervention. Jack’s search for his father led him to Victor’s brother, Matt Miller. Matt convinced Victor to submit to a DNA test, which Nate ran. And Rey zeroed in on Sharon as the weakest link among the group of women who last saw JT at Victoria’s and set out to gain her trust. Coming up: The DNA tests on Jack and Victor are revealed. 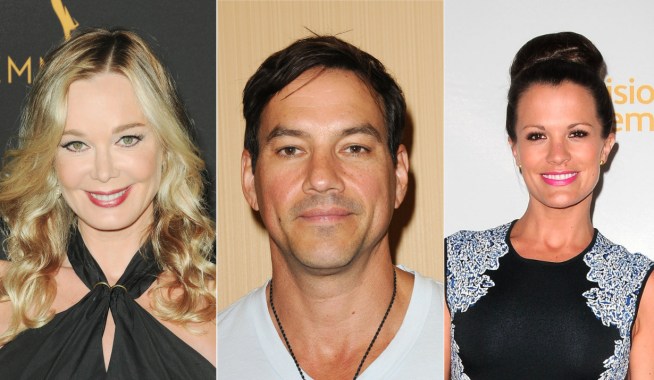 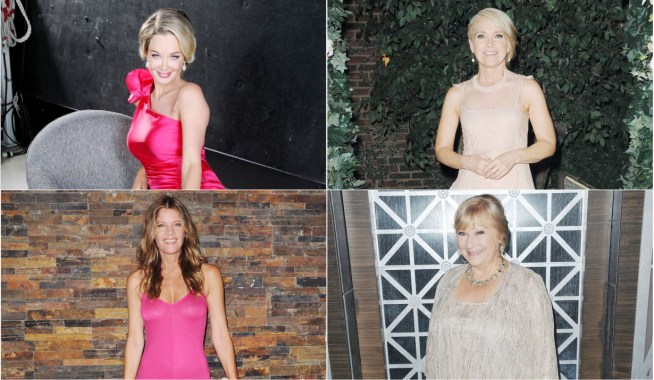