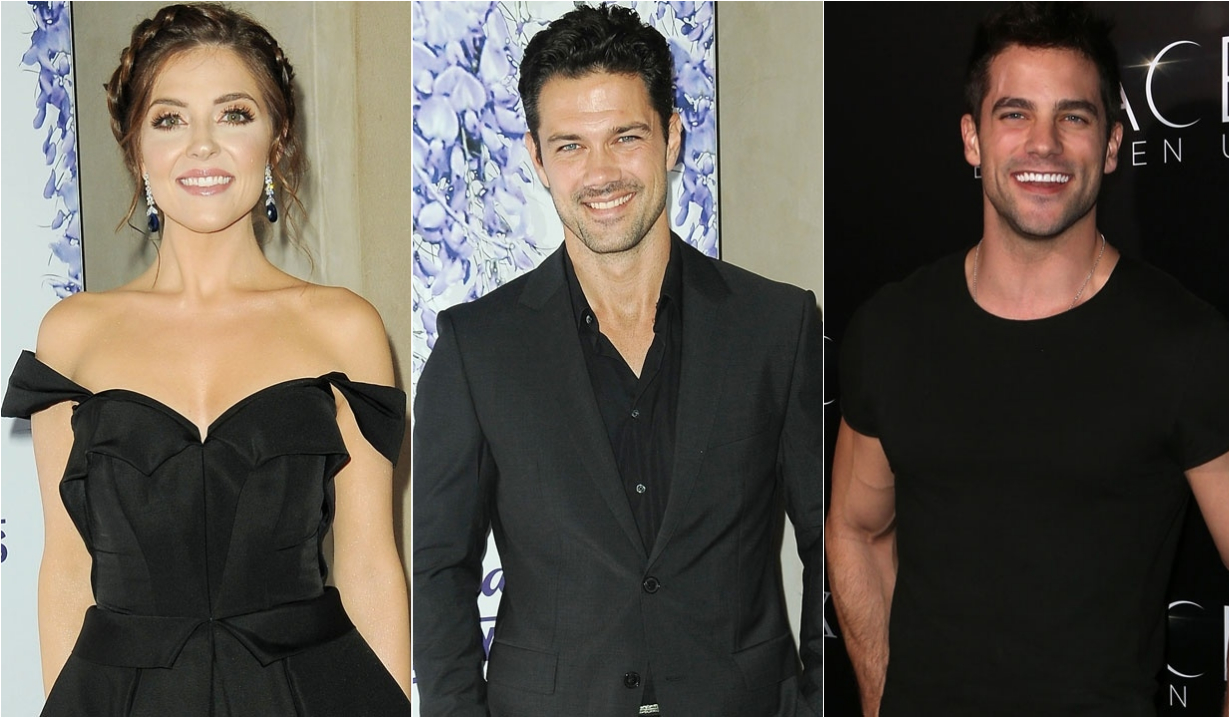 Autumn is here and it won’t be long before many of us start making plans for the holidays. Soaps.com recently reported details for the Hallmark Channel’s Fall Harvest movie event, which runs through Sunday October 21, and for soap opera fans who look forward to the annual Countdown to Christmas special, we have dates and a photo gallery for the first installment of holiday premieres beginning Saturday October 27.

Jessica Lowndes and Michael Rady star as Elizabeth Bennett and William Darcy in Christmas at Pemberley Manor. Elizabeth, a New York event planner, travels to a small town where she is assigned to organize its holiday festival. Though she finds the perfect venue, an estate owned by a billionaire who lacks holiday spirit, it takes some work for her to persuade William to agree to use the manor. As they work together, the unlikely pair begins to fall in love until the festival is unexpectedly shut down and both are forced to part ways. William then plans to sell the estate but a Christmas miracle occurs as well as rekindled romance. Tune in Saturday October 27 at 8:00 PM.

Danielle Panabaker and Matt Long appear as Joy Holbrook and Ben Andrew in Christmas Joy, based on the best-selling novel by Nancy Naigle. A market researcher named Joy works to land an account that will grant her a huge promotion. Just as Joy captures the attention of the account’s CEO, she’s summonsed to her hometown to tend to her injured aunt. Crystal Falls is also the home of her former crush, Ben, who, as a hospital administrator, agrees to help Joy keep her aunt from overdoing it by taking charge of the annual baking competition, the Cookie Crawl. Time spent together is filled with reminiscing about the past, leading Joy to realize there’s no place like home. The movie premieres on Saturday November 3 at 8:00 PM.

Jessy Schram and Chad Michael Murray team up as Maggie Baker and Danny Wise in Road to Christmas. Maggie, a Los Angeles television producer, falls for Danny, the son and former producer of his mother’s popular annual Christmas special Julia Wise Lifestyle. Though Maggie intends to reunite Danny and his brother with their mother, things don’t go as planned during the live show. However, when the dust settles, Maggie understands that the love of family and friends is what makes the merriest of Christmas. Be sure to watch the debut on Sunday November 4 at 8:00 PM.

Singer LeAnn Rimes makes her Hallmark debut opposite Tyler Hynes as Eve and Liam in It’s Christmas, Eve. An interim school superintendent in her hometown, Eve must trim the budget, which includes cutting her handsome neighbor Liam’s music program. However, after her IT friend creates a donation website to help save the arts, things turn around when Liam’s students perform during the tree-lighting ceremony. As a Christmas miracle unfolds, Eve becomes aware that she could be celebrating many more Christmases in town with Liam and his daughter. View the movie on Saturday November 10 at 8:00 PM.

Brooke D’Orsay and Daniel Lissing star as Ellie Hartman and Nick Carlingson in Christmas Love. Ellie works in her small town’s bakery as an aspiring crafter known for making Christmas Kringles. Nick, the bakery’s big city CEO, arrives to modernize the place, which also entails laying off many employees. Ellie not only must teach him how to make a Kringle but is determined to prove to Nick how important the people, not the machines, are to the business. As Nick becomes accustom to the town and its residents, he begins to soften. However, Ellie comes across something that causes doubt and is faced with a decision to trust that all of her dreams can come true. Tune in for the holiday premiere on Sunday November 11 at 8:00 PM.

Country music singer Kellie Pickler and Wes Brown co-star as Laurel and Clay in Christmas at Graceland. When business executive Laurel heads to Memphis to secure one of the city’s oldest family-owned banks, she reunites with an old flame, Clay, a local music promoter. Laurel tries to keep the trip all business but can’t deny the old feelings that come rushing back when Clay reminds her of their days as a performing duo on the edge of stardom. The movie premieres on Saturday November 17 at 8:00 PM.

Former General Hospital actor Ryan Paevey (Nathan) and Scottie Thompson play Mac and Sydney in Hope at Christmas. Coming off a fresh divorce, Sydney decides to spend Christmas with her daughter in a house she inherited. It isn’t long before she meets a teacher named Mac who’s also the town resident Santa. Mac immediately puts Sydney at the top of his ‘nice list’ and plans to make all her wishes come true while showing her it’s okay to love again. Take note, Paevey’s movie is the only one in the article that will premiere on Hallmark Channel’s sister channel, Hallmark Movies & Mysteries, on Tuesday November 20 at 9:00 PM.

Mingle All the Way

Days of our Lives alums Jen Lilley (Theresa) and Brant Daugherty (Brian) appear together as Molly and Jeff in Mingle All The Way. Molly is the founder of an app, Mingle All The Way, which pairs busy professionals for upcoming events with no strings attached. Determined to prove to her family that the app works, she joins Mingle and meets Jeff. Both soon reveal that they’ve not only had one disastrous meeting while using the app, but two, yet agree to attend their respective holiday parties together. Mixing business with pleasure just might work in their favor this time. Lindsay Wagner also stars. Keep an eye out for the premiere on Saturday December 1 at 8:00 PM. 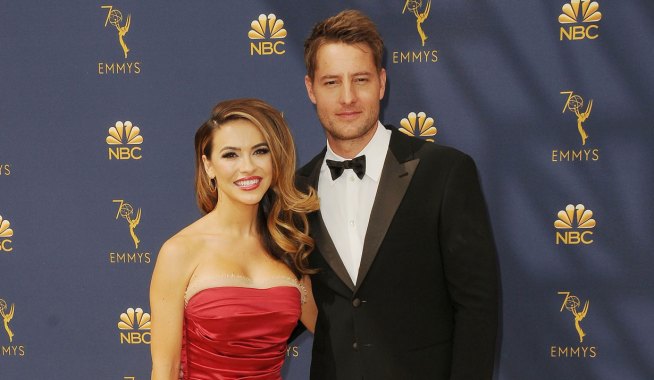 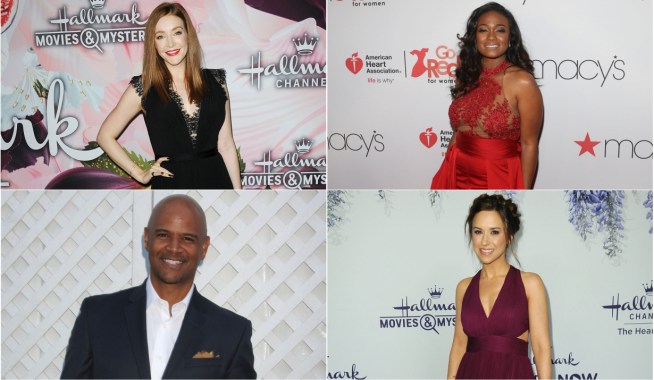