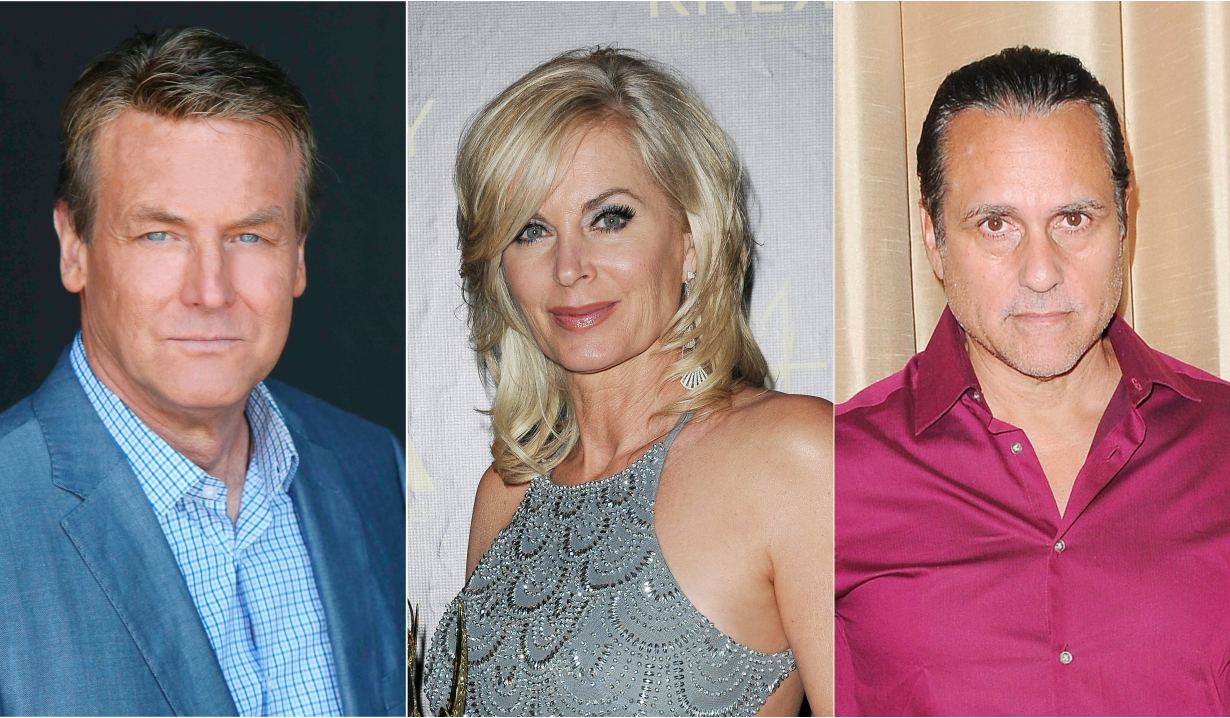 Stay up to date with what’s happening in daytime with Soaps.com’s news about The Bold and the Beautiful, Days of our Lives, General Hospital, and The Young and the Restless from September 10 – 14 and beyond.

Ashley Jones returns to B&B. The actress has been shooting new scenes as Bridget Forrester. She was last seen in February of 2016. Get a reminder of what happened far more recently with the latest video highlights in Soaps.com’s The Bold and the Beautiful news room, featuring Brooke’s desperate pleading, Katie’s pondering, and Hope feeling like a loser. Then be sure to catch the interviews with the stars of the soap as they reflect on moments with the fans, as well as their unhinged and often idiotic characters. And learn where you can get your copy of Jacob Young’s (Rick) new country music EP. Plus, Candace has been enjoying the fighting at Forrester, likes Brooke siding with Bill, and still can’t invest in no stakes romance in the B&B blog.

Fall is here and so is the latest edition of the Days rumor digest. Will Hattie return? Will the Gemini twins be back? Find out what could be in store for the trouble citizens of Salem in our Days of our Lives news room, where you can also learn which cast members will be attending some special fan events over the coming months. Then learn how Belle’s current storyline parallels events in Martha Madison’s own life. Plus, get a special sneak peek at the action in store for this week with the latest spoiler video before reading Christine’s take on Paul’s paralysis and the possibilities of polyamory, Shane’s ponderous behavior, and Ben’s hilarious post-homicidal habits in her Days blog.

There’s been a bit of a shake-up at ABC as William Burton was named the Senior Vice President and Head of Daytime for the network. Onscreen, James Read returns to GH as George, the rarely seen father of Finn and Chase. In other casting news, Genie Francis is back at GH . Find out when you are likely to see her before dropping by our General Hospital news room where we have a new round of trivia about the couples of Port Charles and fresh information about castings calls and auditions. We also have details on Maurice Benard’s (Sonny) new movie, where he will be playing infamous mobster John Gotti as well as some adorable photos from GH alum Natalia Livingston (Emily) of her new baby. And Dustin was delighted by Julian getting the better of Sonny, thinks the Oscar secret will soon be out, and wonders when Lulu will be abducted again in the new GH blog.

More: See Justin and Chrishell Hartley in Another Time

Y&R cast Richard Gleason to play Matt Miller, the brother of Victor Newman. Could the character be tied to the news that we won’t be seeing too much of Victor soon? Eric Braeden (Victor) gave an interview discussing the fact that he’s taking some time off from the soap. The actor also explained how he feels about his longtime co-star Eileen Davidson (Ashley) leaving the show. If you’re also a fan of the actress, you can catch some of her early work on the big screen. Her 1983 thriller The House on Sorority Row will be showing in movie theaters across the United States for one night this month. The major news of the week however was that Doug Davidson has confirmed that he is leaving the role of Paul Williams behind after playing it for 40 years. See what the actor told Soaps.com about his departure in our The Young and the Restless news room where you can also get the lowdown on the recently departed Mishael Morgan’s (Hilary) new romantic film, Hometown Holiday and read the pregnancy news for Y&R alum Tammin Sursok (Colleen). And learn what Christel Khalil (Lily) had to say about dropping to recurring status in a new interview. Finally, Candace can’t figure out who Rey reports to, thinks Jack’s paternity plot is wearing thin, and wouldn’t wish Summer on anyone in her latest blog.