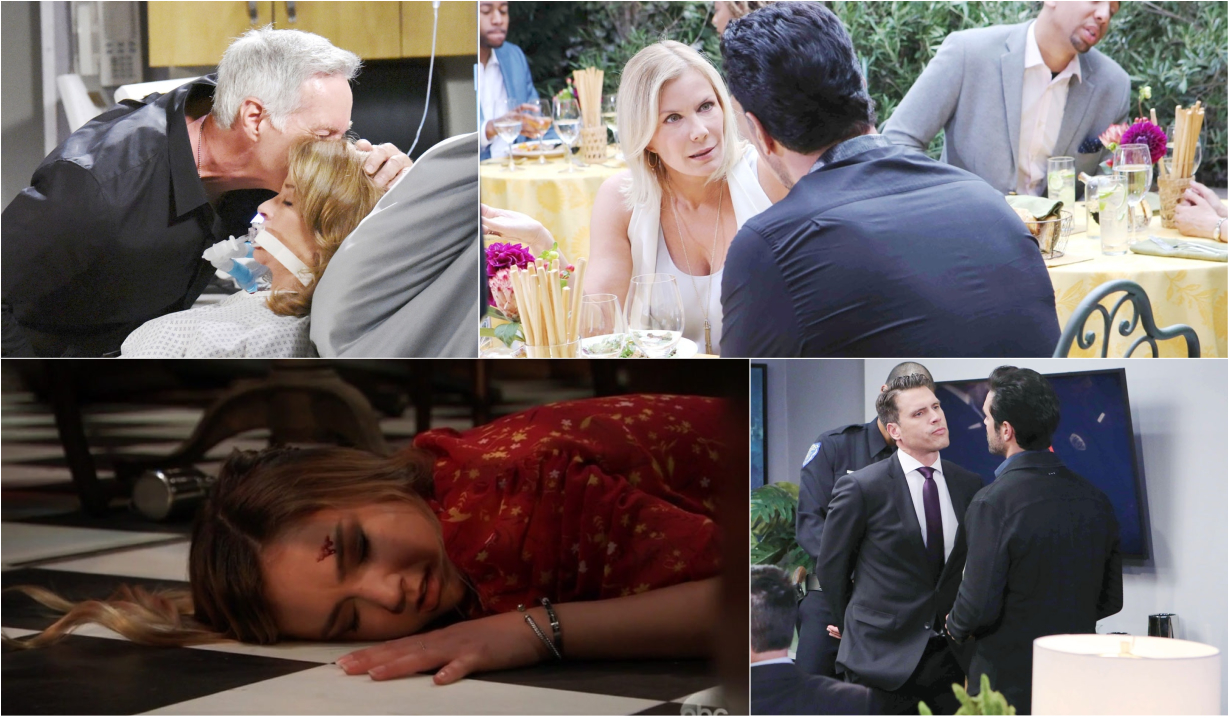 Soaps.com has last week’s episode highlights from Bold and the Beautiful, Days of our Lives, General Hospital and Young and the Restless, plus a teaser for what’s coming up in each soap opera.

First on The Bold and the Beautiful, Ridge decided Forrester would put their finances behind Steffy’s fashion line over Hope’s. Brooke told Dollar Bill she was unable to convince Katie to drop the custody suit, and he of course thanked her for trying by pulling her in for a kiss. When Emma was not ready to go all the way with Xander, his crazy ex Zoe took advantage of the situation by trying to seduce him. And Thorne proposed to Katie. Coming up: Thorne has a new strategy for Katie’s custody battle.

Over on Days of our Lives, Will and Sonny realized they couldn’t be together because Paul might be paralyzed and needed Will. Belle went against John’s wishes and gave Marlena’s DNR order to Kayla, forcing the doc to disconnect Marlena’s life-support. Hope arrested Ben claiming to have found new evidence that he set the fire at the cabin, only to have Ben accuse her of planting it. And Lucas was shocked when Bonnie told him they had a daughter. Coming up: Gabi drugs Abigail as part of her revenge plan.

And on General Hospital, Julian’s pub exploded after Mike tampered with the gas lines, which only served to expose the body buried in the basement that he was trying to keep a secret. Kim was furious with Drew for confiding in Sam about Oscar’s brain tumor, and Drew continued to struggle with keeping it a secret from his son. As Ryan settled into his twin Kevin’s life, Peter assigned Lulu to cover the 25th anniversary of Ryan’s killing spree in Port Charles. Coming up: Ryan asks Kevin’s ex-wife Lucy out.

Finally, on The Young and the Restless, at the launch of Dark Horse, Rey revealed he was a detective and arrested Nick for being in cahoots with JT, forcing Nick to come clean he had paraded as JT. Nick was released, and Rey learned JT was last seen at Victoria’s house. Devon visited Lily in prison, and forgave her, knowing what happened to Hilary was a terrible accident. And Jack’s search for his father led straight to Albert Miller, Victor’s father. Yes, these two may be half-brothers. Coming up: Victor faces a difficult decision.