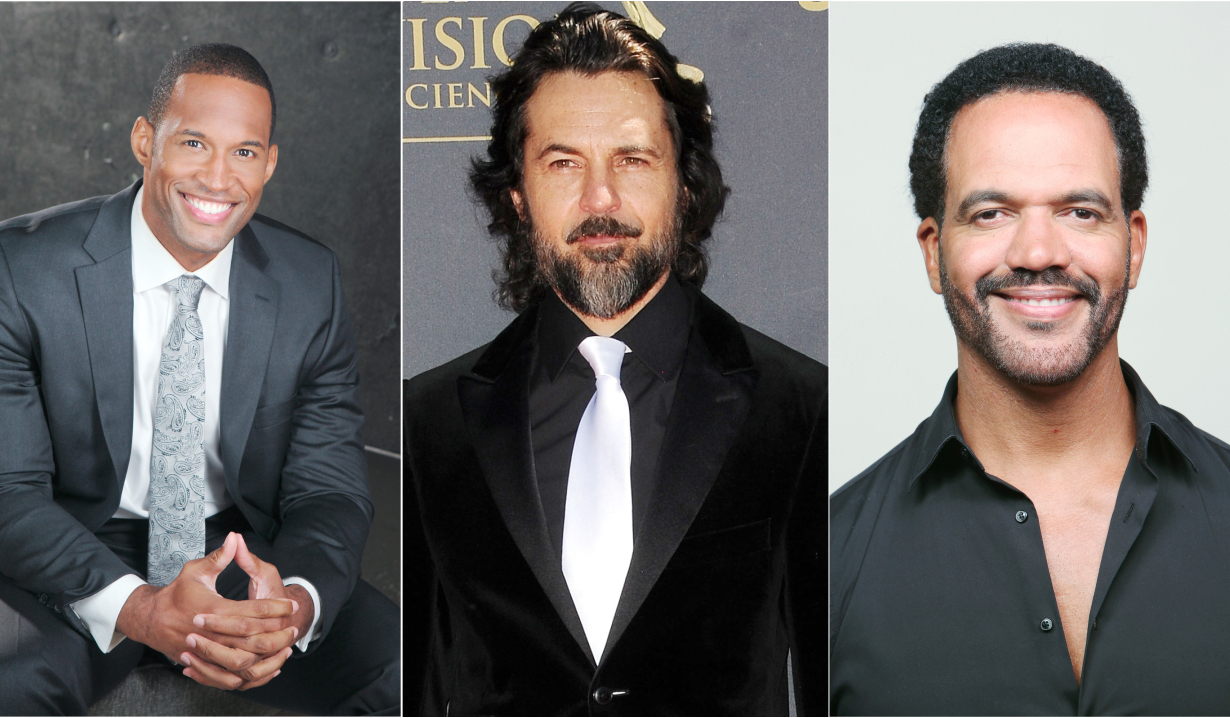 Stay on top of all the latest developments in daytime with Soaps.com’s latest news about The Bold and the Beautiful, Days of our Lives, General Hospital, and The Young and the Restless starting with soap opera news from September 3 – 7 with a few snippets for what’s to come.

Congratulations go out to Lawrence Saint-Victor (Carter) and his wife as they welcomed their first child into the world. See a photo of the happy family in Soaps.com’s The Bold and the Beautiful news room. Then see some far less happy families in the latest video highlights as Bill analyzed his chaotic life, Ridge’s business plans risked splitting the family into factions, and Brooke worried about whose side he would take. The situation may be due for some added complexity as the soap adds another character to its roster. Keith Carlos joins B&B as a brand-new character this week. He’s not new to TV, but he is new to acting. Previously, Carlos was a football player. Plus, Candace weighs in on the custody controversy, Brooke and Bill reconnecting, and Hope’s ridiculous medical crisis in the B&B blog.

The new Jordan Ashford is on her way. Briana Nicole Henry joins GH this week as the police commissioner for Port Charles. Get a look at what one of the city’s former residents has been up to by watching a trailer for The Outer Wild, an apocalyptic film featuring Jeffrey Vincent Paris (Carlos) in our General Hospital news room. And Dustin was amazed by the twin switch scenes, is not enthusiastic about Oscar’s illness, and was shocked by Madeline’s demise in the new GH blog.

Y&R stalwart Kristoff St. John (Neil) announced that he is tying the knot. The actor and restaurant entrepreneur will be marrying Russian model Kseniya. Get the details and see a picture of the happy couple in our The Young and the Restless news room where you can also catch some tantalizing tidbits of what’s in store for the residents of Genoa City courtesy of headwriter Mal Young. The writer drops some hints about the latest addition to the Rosales family, whether Chelsea could come back, and why Hilary was really killed off. Finally, Candace thought the courtroom scenes were great, enjoyed the growing tension in the Abbott family, but worried about how little screen time veteran characters are getting in her latest blog.