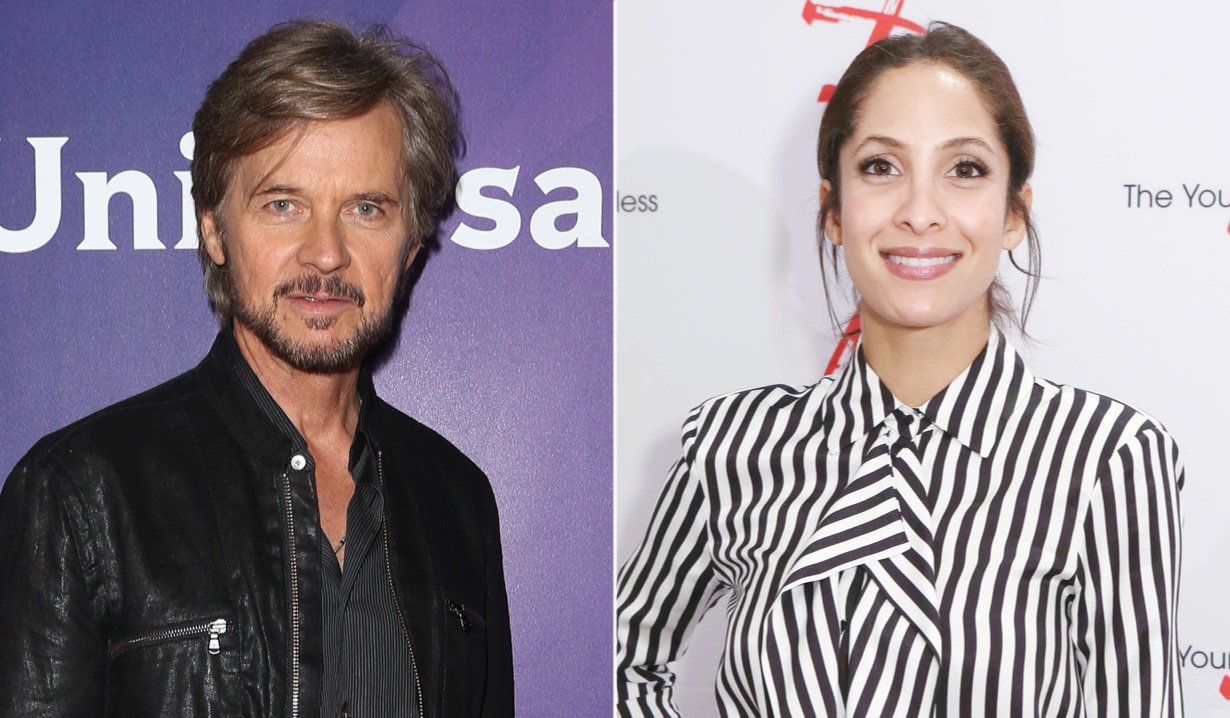 Casting news for the month of August and beyond.

August’s comings and goings on Soaps.com included several notable returns for Liam and Hope’s wedding on The Bold and the Beautiful, a major cast member is leaving Days of our Lives while another is returning, two roles were recast on General Hospital, and an actress has decided to move to recurring status on The Young and the Restless.

Ashley Jones returned to B&B as Dr. Bridget Forrester, while Hunter Tylo made another appearance as Dr. Taylor Hayes. Jennifer Gareis also returned as Donna Logan, Robin Givens reprised her role of obstetrician Dr. Phillips, and Joe Lando has been cast as Judge Craig McMullen. Read Soaps.com’s The Bold and the Beautiful Comings and Goings to learn what case Lando’s character will be presiding over.

Thaao Penghlis made another appearance as the ghost of Andre DiMera. Alison Sweeney returned to Days as Sami Brady, while Stacy Haiduk debuted in the recast roles of Susan Banks and Kristen DiMera. Judi Evans also put in double-time, bringing Bonnie Lockhart back to Salem. Stephen Nichols departed the show as Steve Johnson. Gilles Marini is also off the soap, though only temporarily, as Ted Laurent. Tionne (T-Boz) Watkins is returning as Sheila. Scott Shilstone is coming back as Wyatt. News broke that Billy Flynn is leaving the role of Chad DiMera, while Chrishell Stause Hartley will be returning as Jordan Ridgeway. Matthew Ashford is making his return to Salem as Jack Deveraux. Read our Days of our Lives Comings and Goings to find out when you can see Ashford back on the show, and why Nichols is out.

Chloe Lanier exited GH as Nelle Benson. Leslie Charleson returned as Monica Quartermaine, and Finola Hughes as Anna Devane. Leif Gantvoort played the man who kidnapped Anna and Finn, and Jessica Tuck returned as Cassandra Pierce. Tristan Rogers appeared for several episodes as Robert Scorpio. Donna Mills made a brief return as Madeline Reeves. Briana Nicole Henry has been cast as the new Jordan Ashford, and William Lipton took over the role of Cameron Spencer. Chandra Wilson of Grey’s Anatomy fame made her second guest appearance on the soap. And Kimberly McCullough will return as Robin Scorpio-Drake. Read Soaps.com’s General Hospital Coming and Goings to learn who Wilson is playing.

Beth Maitland will make another return to Y&R as Traci Abbott. Lauren Woodland is returning as lawyer Brittany Hodges. And Christel Khalil announced she was moving from a contract role with the show to recurring as Lily Winters Ashby. Read the Young and the Restless Coming and Goings to learn more about Khalil’s decision.