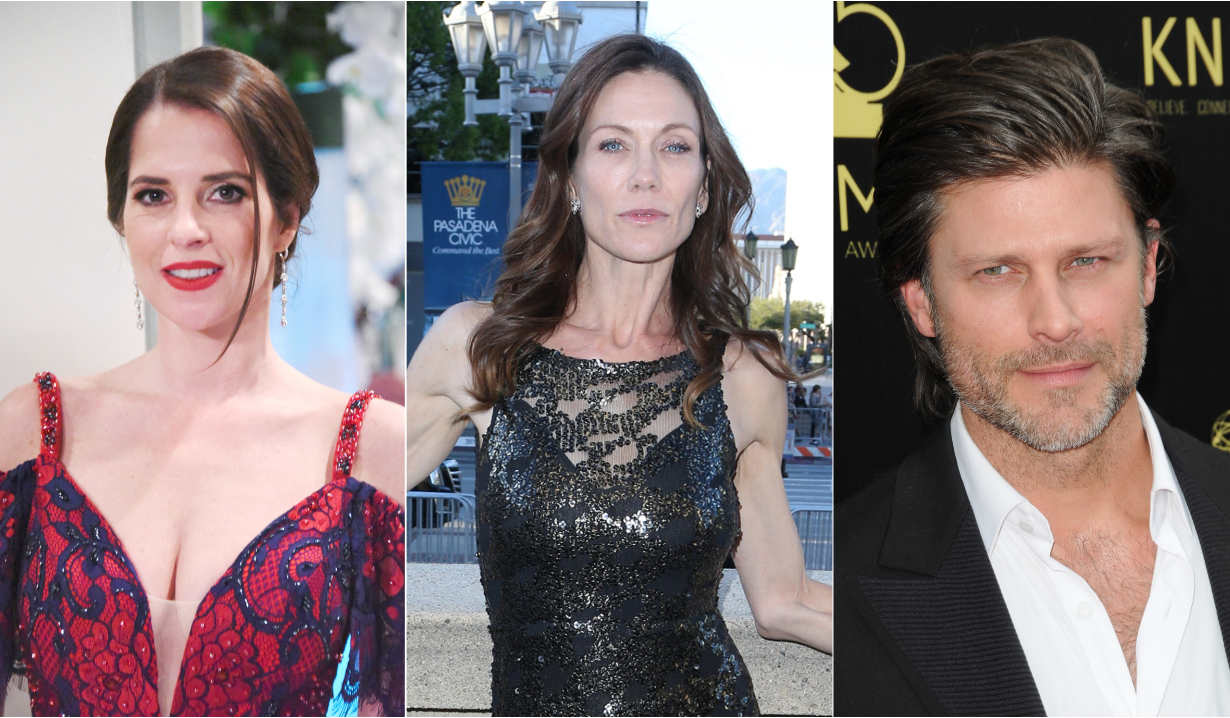 Soaps.com’s brings you all the latest news about The Bold and the Beautiful, Days of our Lives, General Hospital, and The Young and the Restless.

A familiar face is coming aboard. Soap opera alum Joe Lando was cast on B&B. Find out who he will be playing before taking a trip through last week’s action in the latest video highlights as Taylor hurled accusations at Brooke, Will’s well-being was questioned, and Bill was accused of going soft. See it all and more in Soaps.com’s The Bold and the Beautiful news room where you can also see photos of Karla Mosley’s (Maya) new baby and Ashley Tesoro’s (Kimberly) family photos revealing her pregnancy. And PBS honored former B&B actress Betty White (Anna), with the special Betty White: First Lady of Television. Plus, Candace comments on the icing caked smackdown, thought Liam and Hope’s wedding was hilarious, and sees trouble on the way for Bill in the B&B blog.

As Stephen Nichols shot his final scenes as Steve, Stacy Haiduk arrived as Susan and Kristen DiMera. Find out what she had to say about taking on these iconic roles in our Days of our Lives news room. After catching the new Days weekly spoiler video, you can also read up on Greg Vaughan (Eric) and the life he shares with actress Angie Harmon and their large family. Plus, see who Camila Banus (Gabi) will play when she shows up on a new Fox musical before learning why Christine wasn’t thrilled by the Jarlena wedding, Hope battling Ben in Salem, and the quick WilSon reunion in her Days blog.

Kin Shriner (Scott) guest-hosted the game show Fast Facts while Chris Van Etten (Chet) welcomed his first child. Learn how Kelly Monaco (Sam) is recovering from her recent surgery in our General Hospital news room. Then get the details on when you can see Lexi Ainsworth (Kristina) in the TBS series The Guest Book. And Dustin speculates on the mystery mama coming for Brad and Lucas’ baby, on the identity of Nina’s daughter, and whether it’s Kevin or his brother who are on the loose in Port Charles in the new GH blog.

Visit our The Young and the Restless news room to see the photos that Hunter King (Summer) shared of her engagement to Nico Svoboda. Then get the lowdown on when Lauren Woodland returns to Y&R as Brittany. Finally, Candace discusses the lingering dreariness in Genoa City, the revelation that Rey is Arturo’s brother, cheered Phyllis slapping Summer, and pondered the possibilities of Kyle’s risky behavior in her latest blog.

Wedding Drama and Catfights in Soaps...