Wedding Drama and Catfights in Soaps Roundup: Week of August 20 – 24 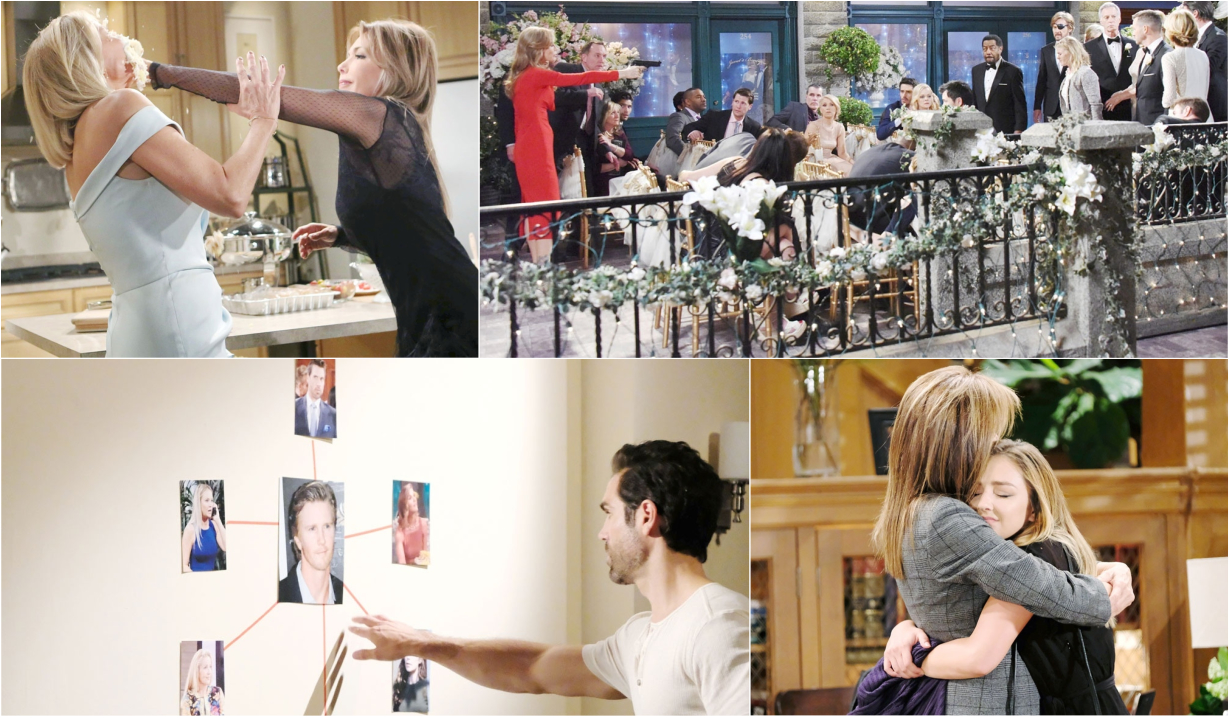 Enemies go at it, back from the dead, baby switch, and a new arrival.

Soaps.com is back with storyline highlights from last week’s episodes of Bold and the Beautiful, Days of our Lives, General Hospital and Young and the Restless.

First on The Bold and the Beautiful, Liam and Hope’s wedding surprisingly went off without a hitch, except for Brooke and Taylor destroying the cake during a cake fight at the reception. Meanwhile, Dollar Bill had to cancel a scheduled visit with Will due to what else, business, leaving Katie pondering Thorne’s suggestion she sues for sole custody. Coming up: Hope is left alone when Liam spends time with Steffy and daughter Kelly. It looks like the honeymoon is already over!

Over on Days of our Lives, John and Marlena’s wedding kicked off with the return of Susan Banks. At the wedding, Will’s memories of his life came flooding back. Meanwhile, Sami crashed the ceremony in a drugged state and attacked Susan, who turned out to be Kristen DiMera in disguise and back from the dead. She wasn’t the only one, as she ordered Sami to shoot John if she ever wanted to be reunited with her beloved EJ, who of course is also alive. Coming up: Marlena is shot, and Kristen takes hostages.

And on General Hospital, Madeline admitted to Valentin that while Nina was in her twenty-year coma she gave birth to a baby girl, who Madeline put up for an illegal adoption. Brad turned to Julian for help trying to keep baby Wiley and admitted there was a baby switch but left out the part about taking Michael’s son and leaving him to mourn a dead baby Jonah, who isn’t even his kid. And Anna and Finn escaped their kidnappers, while Cassandra was abducted by a mysterious man brandishing a Cassadine ring. Coming up: Kim shares an update on Nelle.

Finally, on The Young and the Restless, Kyle tipped Phyllis off that Summer planned to follow Billy out of town to the trade show, and she confronted her scheming daughter over her plans to seduce Billy. Phyllis later sent Summer a text she thought came from Billy asking her to meet him on Jaboat. Rey continued to investigate everyone connected to JT’s disappearance and turned out to be the estranged brother of Arturo, the man Abby is dating. And the stress of keeping the secret about JT had Victoria snapping at everyone and Dr. Nate worried she was suffering PTSD. Coming up: Rey admits he’s in town because of JT.