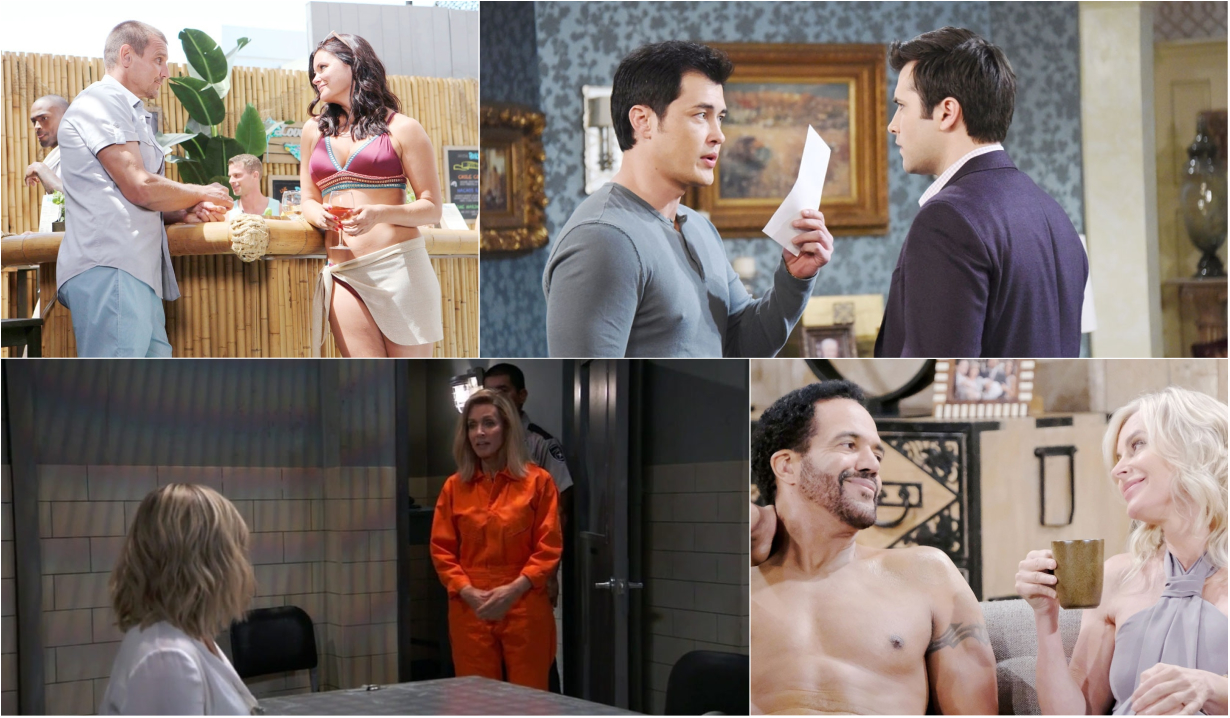 Soaps.com has the latest storyline highlights for Bold and the Beautiful, Days of our Lives, General Hospital and Young and the Restless from last week’s episodes.

First on The Bold and the Beautiful, Brooke was elated that Liam proposed to Hope until she learned Hope had invited Taylor and Steffy to the ceremony. Later Brooke told Taylor not to bother attending with Steffy, which Taylor naturally refused to do. And Dollar Bill, stunned to learn Katie was dating Thorne, tried to be a more involved parent to Will, who wanted nothing to do with his dad. Smart kid! Coming up: Brooke and Taylor have a catfight at the reception.

Over on Days of our Lives, Gabi swore to Abigail that she was trying to get Chad not to give up on his marriage, which Abby foolishly believed. Stefan blackmailed Kayla into providing information on Abby’s pregnancy. Will came clean to Kate and Paul about Ted’s blackmail. Kate offered to pay Ted off but later pulled a gun on him. And Hope was stunned to find Ben Weston had moved in with Ciara and the others at the loft. Coming up: Kristen, Susan and Sami crash Marlena and John’s wedding.

And on General Hospital, Kiki won her trial against the lecherous Dr. Bench, but in the process, her one-night stand with Griffin was exposed. Ava got Griffin suspended from GH for running an unauthorized DNA test on Peter. Finn and Anna discovered the mystery patient they must treat is Cassandra Pierce. And at the party to celebrate Brad and Lucas’ adoption of baby Wiley, Alexis learned the birth mother wanted the boy back, but of course of the baby switch, it’s not her child. Coming up: Brad turns to Julian for help.

Finally, on Young and the Restless, Summer figured out that Nick and Phyllis had sex, leading to Nick paying off his daughter to keep her mouth shut. As if that will work. Lily chastised Cane for his plan to run away, making them all fugitives, and forced her husband to accept the possibility that she was going to prison. Nate became concerned about Nikki’s MS flare-ups and vowed to find what was behind her stress. And the mysterious newcomer Rey met Nick and Sharon, and happens to be investigating Sharon, Victoria and the others’ connection to JT. Coming up: Ashley makes a stunning discovery.