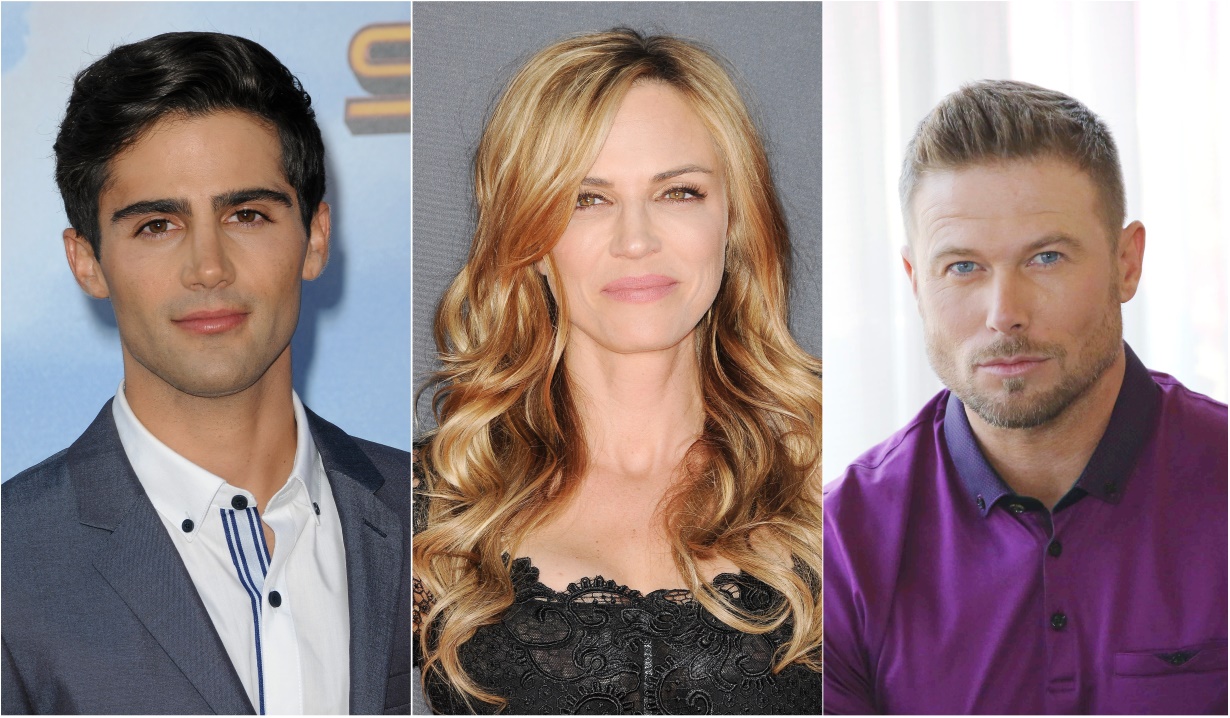 Soaps.com shares the newest upcoming TV and film announcements from Young and the Restless and Bold and Beautiful stars past and present.

Past The Young and the Restless star Max Ehrich, who played Lauren and Michael Baldwin’s son, Fenmore, took to social media to share the news of his latest film, Walk. Ride. Rodeo., which co-stars Alyvia Alyn Lind, Y&R’s Faith Newman. Ehrich and Lind will share the screen with Spencer Locke (Cougar Town, Insidious: The Last Key), who plays nationally ranked barrel racer Amberley Snyder in this true account of how Snyder overcame being paralyzed from the waist down following a car wreck, to earn her place back in the sport she loves. Ehrich plays Tate Watkins, while the role of Lind, who recently appeared in Overboard, is yet to be revealed. Also appearing in the film, due out on Netflix in 2019, are Kathleen Rose Perkins (Gone Girl, Fresh Off the Boat), Missi Pyle (50 First Dates, Spring Breakdown), Matt Medrano (Jimmy, The Bold and the Beautiful), Bailey Chase (Longmire, Chris Hughes, As the World Turns), and Corbin Bleu (Jeffrey King, One Life to Live). The movie is filming in New Mexico.

Ex-Y&R actress, Alicia Coppola (Dr. Meredith Gates) excitedly shared the news that she is filming the CBS summer action series, Blood & Treasure in Montreal, Canada. Coppola plays Dr. Ana Castillo in the series, which surrounds the story of an antiquities expert who teams up with an art thief to catch a terrorist who uses stolen artifacts to fund attacks. Also appearing in the upcoming TV show is Sofia Pernas, who previously played Marisa Sierras on Y&R. Other series regulars include, Katia Winter (Sleepy Hollow), Michael James Shaw (Roots), and James Callis (12 Monkeys). Blood & Treasure is slated to debut in the summer of 2019.

Y&R alum, Kelly Sullivan (Sage Newman) is set to star alongside former Days of our Lives actor, Shawn Christian (Dr. Daniel Jonas) in an upcoming thriller movie entitled Instakiller. Though there are few details on the Cartel Pictures project as of yet, Sullivan plays Layla, and Christian plays Derek in the film, which co-stars Lizze Broadway (Here and Now), Darren Barnet (Turnt), Tunisha Hubbard (Agents of S.H.I.E.L.D.), Jared Scott (Turnt), and Hector Hugo (Timeless) as Detective Canavan. The movie is directed by Craig Goldstein (The Wrong Mother) and premieres on February 22, 2019 at 8:00 PM.

Jacob Young’s still nursing a broken ankle but it’s not slowing him down too much, as the Bold and Beautiful star has announced his involvement in a new film project. Soaps.com exclusively reported details on Young’s Deadly Desert Vacation in May, and the busy actor has two other films in post-production, Angel, and Faithfully, and has now revealed he will be producing Mend the Line, which he billed on Twitter as ‘content that matters’ along with the hashtags #healing and #PTSD. A brief synopsis shared in the post detailed that Mending the Line was about the destructive elements of war and the uplifting power of nature. The inspiration for the film is the story of World War II vet and fly fisherman, Frank Moore.

Bold and Beautiful’s Reign Edwards (Nicole) booked a role in Amazon’s pilot, The Wilds which follows a group of teenage girls stranded on an island, unaware that they’re a part of an “elaborate social experiment.” Edwards plays Rachel, an Olympic-caliber diver who wants to get off the island something fierce so she can return to her career. Incidentally, the actress is also involved in a terrifying movie about a traveling horror-themed amusement park. Watch Hell fest movie trailer, which looks spooky.

Excited to be a part of this incredible story. The movie is coming to Netflix in 2019! #WalkRideRodeo

Finally I can share my great news… and why I am in Montreal! @cbs #BloodAndTreasure! Having the best time with this fabulous cast and crew! Love them all!!!

Content that matters. #healing #PTSD one film at a time….@DannyEstrada pic.twitter.com/FVzgrC3kjV

Stunning All My Children & One Life...