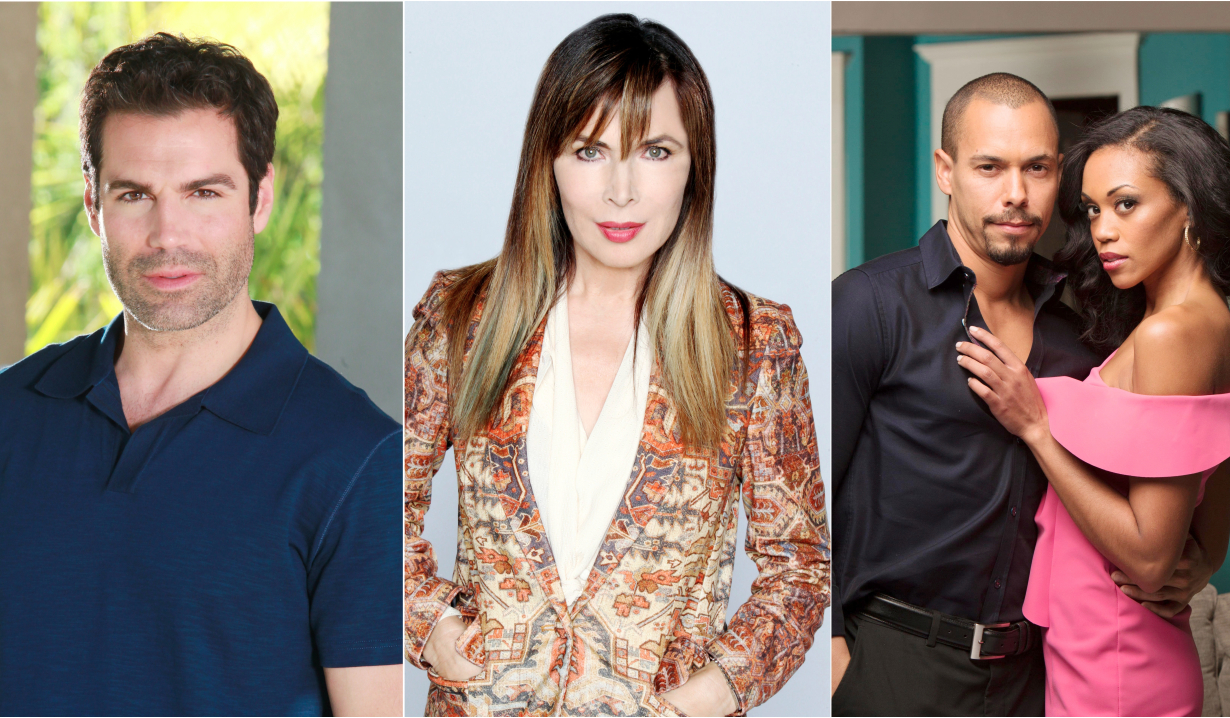 Pregnancy news, new roles, and trips around the world.

Soaps.com brings you all the latest news about The Bold and the Beautiful, Days of our Lives, General Hospital, and The Young and the Restless.

Need a scare? Why not watch the terrifying trailer for Reign Edwards (Nicole) in the new horror thriller Hell Fest. You can see it in Soaps.com’s The Bold and the Beautiful news room, along with some video highlights from last week’s action, like zany Zoe claiming she’s not a stalker, Bill bellowing about Hope being knocked up, and a glimpse behind-the-scenes of the Hope for the Future fashion show. Plus, Candace comments on the clownish security at Forrester Creations, and had a laugh at Bill’s unromantic gestures in the B&B blog.

Abigail is pregnant, but what do you think she should do about it? Vote in our Days snap poll to let us know. Then find out what Christie Clark (Carrie) has been up to by sneaking a peek at the snapshots of her trip around the world. Plus, Lauren Koslow (Kate) was showing off her new tattoo and Freddie Smith (Sonny) revealed his surprise engagement to Alyssa Tabit. All of that, and the latest casting calls, are in our Days of our Lives news room. Once you’ve read all that, why not watch the weekly spoiler video for what’s coming up in Salem before Christine explains why she was frustrated as Theresa took off, Brady buggered up his life some more, and marveled at Ted’s terrific qualities in her Days blog.

Missing a little Robert Scorpio in your life? If you are, it’s good news that Tristan Rogers will return to GH. You’ll see his character in Port Charles at the end of the month. Meanwhile, Vinessa Antoine (Jordan) will be exiting from the soap as she heads back to Canada to star in the new CBC series Diggstown. Rumor has it, a new actress may be coming in to fill her boots. It’s been suggested that Y&R’s Mishael Morgan (Hilary) could take over the role. In more casting news, Billy Miller (Drew) has joined the cast of Apple’s upcoming series Are You Sleeping? Find out more about the show in our General Hospital news room, where you can also get the details on the birth of Brianna Brown’s (Lisa) first child. And Dustin was rolling in the aisles during Michael and Nelle’s wedding, but suspects Michael’s plan will end badly, and ponders the pairing of Drew and Margaux in the new GH blog.

We have the details about veteran soap actor Jordi Vilasuso being cast on Y&R as a mysterious newcomer. We also have the latest on Mishael Morgan (Hilary) revealing her pregnancy and the gender of her child. Take a tour of the Paleo Diner Healthy Kitchen with its new owner, Kristoff St. John (Neil), in our The Young and the Restless news room. Then get nostalgic by taking a trip back through the eventful history Hilary has had in Genoa City before learning about Nickelodeon’s Glitch Techs, a new animated series featuring Bryton James (Devon). And glimpse a few familiar faces as Max Shippee (Graham) and Tristan Lake Leabu (Reed) pop up in ads for Humira. Finally, Candace copes with the fan reaction as Nick went to the dark side, thinks Jill’s return was too brief, and Hilary’s exit story is a big mess in her latest blog. 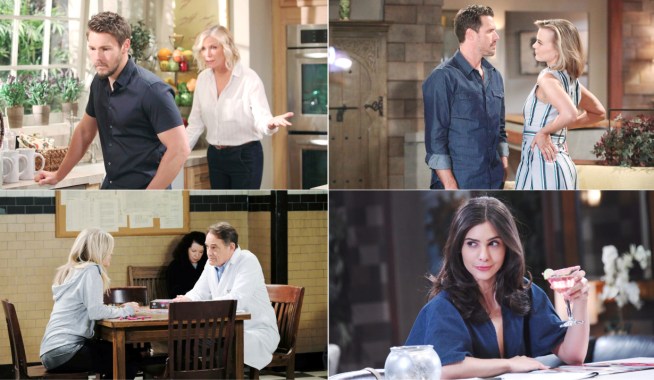 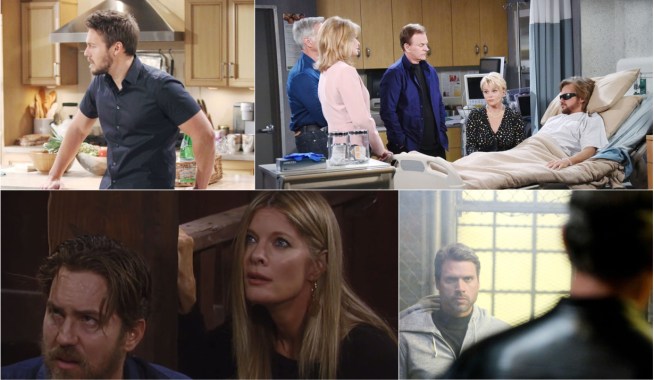