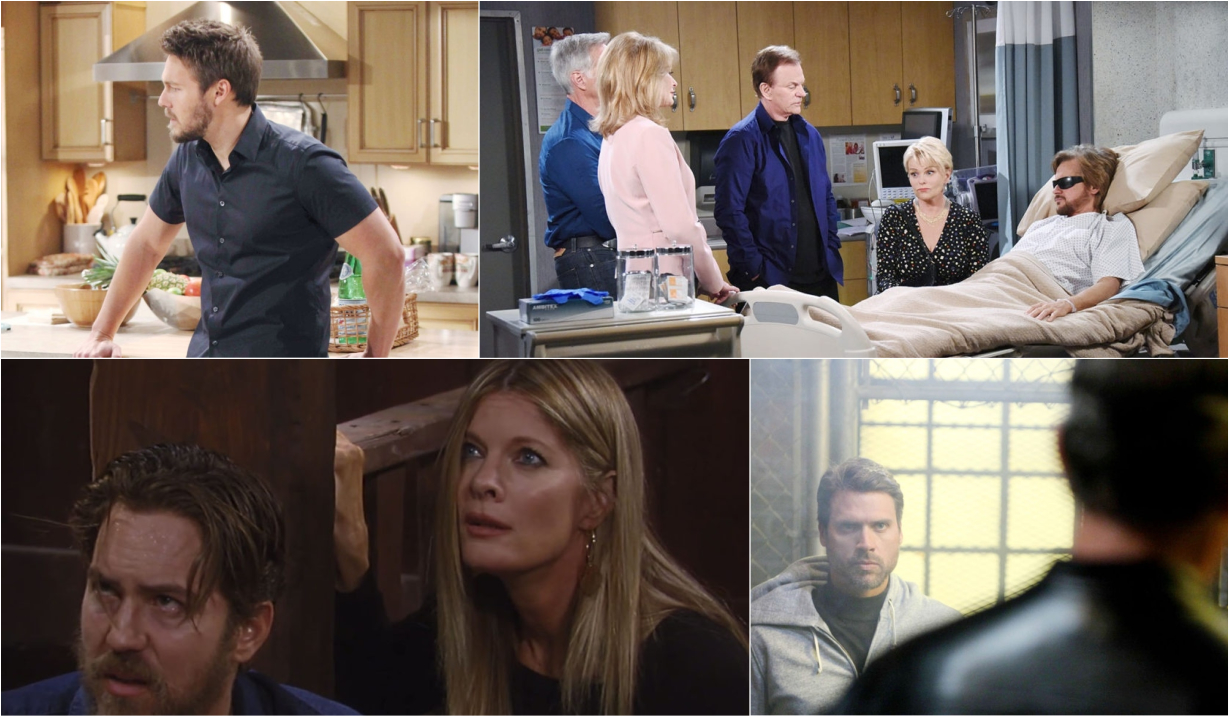 Soaps.com has storyline refreshers from last week’s episodes of Bold and the Beautiful, Days of our Lives, General Hospital and Young and the Restless.

Last week on The Bold and the Beautiful, Xander came clean with Emma and others about his stalker ex-girlfriend Zoe, who he believed was the one posting the threats on Hope’s website, only towards Emma. Once confronted, she admitted it was her, but laughed it off as a harmless prank. The Forrester gang ordered her to return to Britain to avoid them pressing charges. While Brooke planted the idea in Liam’s head that Steffy could have feelings for Bill, Bill visited Steffy and proposed to her after warning her that Liam would always be connected to Hope. The day of Hope’s relaunch fashion show arrived, and Liam attended in support, while Zoe snuck in backstage. When the model wearing the showstopper was injured, Zoe convinced Hope to let her wear it, and the press loved her. Coming up: Steffy finds Liam and Hope kissing.

On Days of our Lives, Gabi switched the DNA results leading Abby to believe Stefan was the father of her child. When Abby was determined to have an abortion, Gabi accidentally let Stefan learn about the child, so he would stop her. Eve’s plan to plant drugs in JJ and Theresa’s apartment backfired when Theresa was awarded sole custody of Tate after JJ claimed the drugs were his. Theresa and Tate quickly left for LA when Theresa learned her mother Kim’s cancer was back. Jennifer meanwhile was determined to find out who planted drugs in her son’s apartment. When the fire at the cabin was shown to be arson, Hope and Rafe pressed Ben to consider without his meds that he may have started it. And Will received a letter stating someone knew what he and Sonny did in regard to Leo’s murder. Coming up: Abigail tells Chad the truth.

Over on “General Hospital,” Michael and Nelle were married, and Carly was taken back to Ferncliff where she was drugged and tossed into a padded cell. Nurse Marty Pat gloated that a new doctor had a very special treatment planned for her. Meanwhile, Nelle fell into Michael’s trap and overheard him discussing his plans to divorce her and take sole custody of their child. The PCPD closed in on Obrecht and Nina as Peter’s captures, while Finn, Valentin, Maxie and Lulu made their way to Spoon Island rightly believing that’s where Peter was. In the stables, Obrecht found Nina trying to free Peter, and in a fit of rage set fire to the place. She was apprehended by the PCPD, while Valentin rescued Nina, and Finn braved the flames to locate Peter. Coming up: Nelle hints to Chase that he should kill Michael.

Lastly on “The Young and the Restless,” the DNA test on the bone from Phillip Chancellor’s grave revealed Jack was not Phillip’s son. Victor was stunned to learn Nick had masqueraded as JT in rubber mask as part of his plan to sabotage his father. Nick poached the clients Newman lost over to his new company Dark Horse, which Jack was a part of and Abby jump shipped to join. Phyllis discovered Billy had been gambling again and tossed him out of the house, while Nick was disturbed to find Sharon had left her engagement ring at home. Phyllis and Nick consoled one another with drinks, and eventually sex. Hilary and Lily fought in Lily’s car over Shauna and Charlie, which distracted Lily, who blew a red light. They were struck by a truck, and in the aftermath, Hilary lost her baby and was left fighting her for life. Coming up: Devon prays for a miracle.