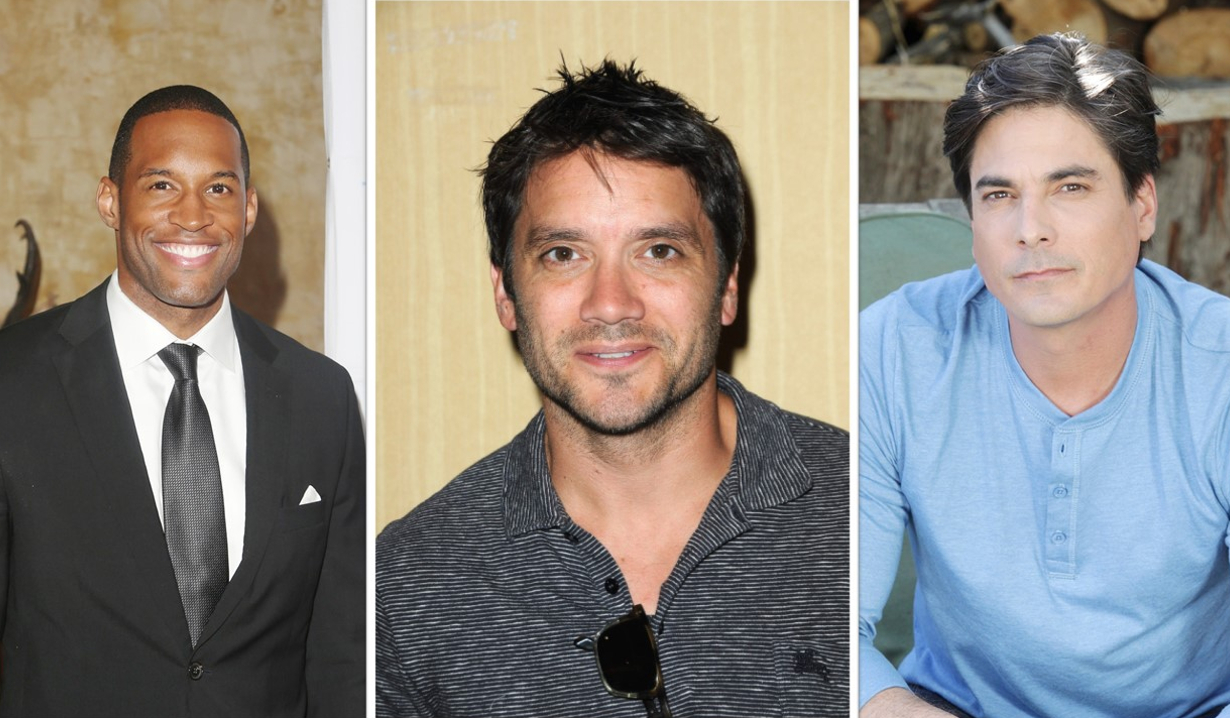 Get caught up with the latest news about The Bold and the Beautiful, Days of our Lives, General Hospital, and The Young and the Restless from Soaps.com.

The Bold and the Beautiful:
Lawrence Saint-Victor (Carter) shared some happy news this week. The actor is expecting a child with his wife. Get more details in Soaps.com’s The Bold and the Beautiful news room, where you can also catch a video of Jacqueline MacInnes Wood (Steffy) and Kelly Kruger’s (Eva) make-up challenge. Once you’ve recovered from the laughs, take a trip through last week’s video highlights as Thorne got optimistic for Katie, Sally Spectra rose up, and Katie decided that Bill was right for once. Plus, Candace found something cringe-inducing, was perplexed by Katie’s turnaround, and wishes Liam and Steffy would go away for awhile in the B&B blog.

More: Soaps spoilers, fired, fired up, and fooling around

Days of our Lives:
Longtime star Bryan Dattilo announced that he would be exiting from Days and leaving the role of Lucas behind. Find out what the actor had to say about his departure in our Days of our Lives news room. He may not be the only one leaving the canvas either. Rumor has it that Stephen Nichols (Steve) is no longer shooting material with the show. Meanwhile, Judi Evans (Adrienne) is currently working on a new film called, I am not for Sale: The fight to end Human Trafficking. On a lighter note, Victoria Konefal (Ciara) dished about her character and Ben over a plate of pasta. And Christine discusses Eric and Jenn ganging up on JJ, got suckered into redeemable Ben, and was bored by predictable Victor in her Days blog.

General Hospital:
It major casting news, Dominic Zamprogna exits GH as Dante Falconeri. The actor broke the news to fans on Twitter. No word as to when his character will be leaving or if the role will be recast. Meanwhile, Patricia Bethune joined GH as Nurse Mary Pat and quickly began making Carly’s life harder to the delight and horror of viewers. In more tantalizing casting news, John Stamos had the rumor mill buzzing when he stopped by the set of the soap for a visit. And Carolyn Hennesy (Diane) has joined the cast of Suits. Find out who she will be playing in our General Hospital news room. And Dustin digs into who viewers would like to see return, old school villains, and the restoration of the Spencer family in the new GH blog.

The Young and the Restless:
Visit our The Young and the Restless news room, where we mark the 90th birthday of Lee Phillip Bell, co-creator of Y&R and B&B. Plus, we have an update on when you can catch Kelly Kruger (Mackenzie) on The Bold Type. Finally, Candace rolls her eyes at the latest developments in Jack’s story, Summer hitting on Billy, and notices the hints at Hilary’s exit in her latest blog.