Soaps Spoiler Digest: Fired, Fired up, and Fooling Around 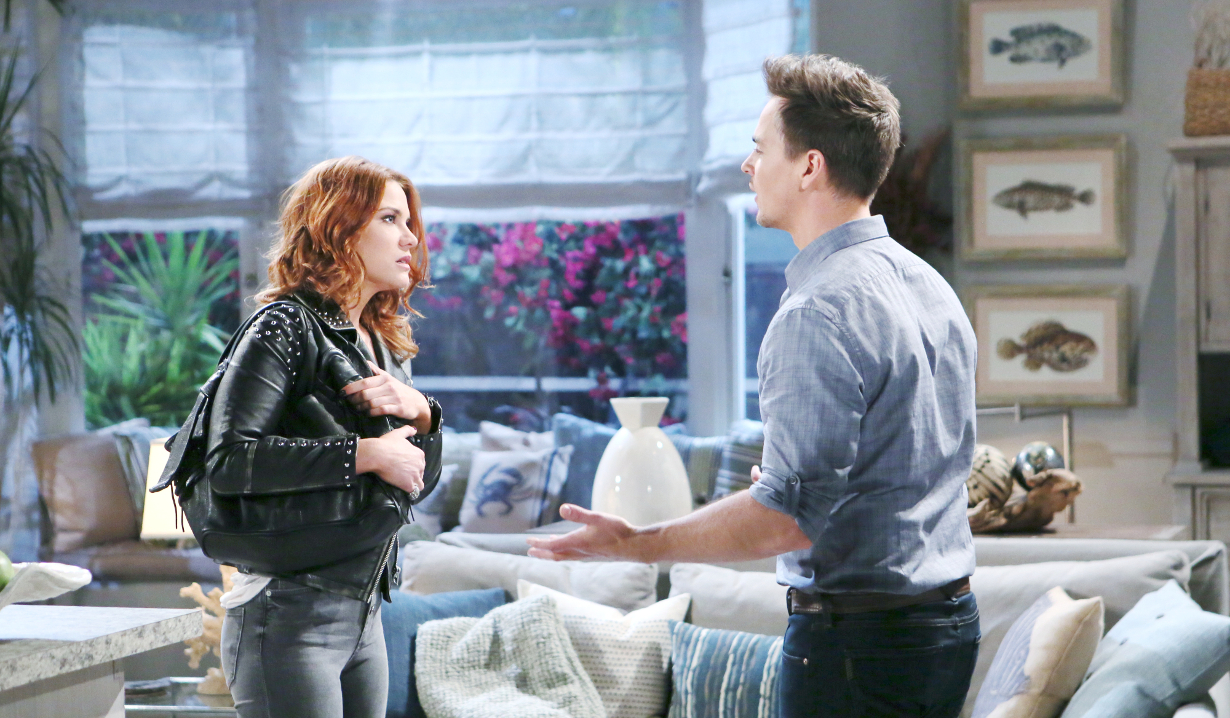 The Bold and the Beautiful:
Sally’s fury over Bill spills into a lengthy rant that Wyatt finds enchanting. They bond over their negative feelings and he asks her to stick around. While that puts a smile on her face, Brooke is not smiling at Ridge after the way that things fell apart for Hope. Although Brooke is not sure what the future holds, Liam and Steffy are looking forward to theirs. But their plans could be ruined since Bill is still determined to win her back and Hope still wants Liam to work on Hope for the Future. Over at Forrester, Hope is impressed by Emma’s dance choreographer, but Maya is far from thrilled to have her around and fires her just as Justin stops by to check in. And Julius and Vivienne are startled by Xander’s plans for Emma. Check out Soaps.com’s The Bold and the Beautiful spoilers to learn who Taylor confides in.

Days of our Lives:
As Lani is rushed in for an emergency c-section, the Horton clan rally around to support her. Abe and Eli are there and share a tender moment, but Lani mostly fantasizes about a future with JJ. Hope is having a substantially less fantastic time thanks to Ciara. Her troubled runaway daughter has Hope so on edge that she nearly bites Tripp’s head off. Meanwhile, Ciara starts to open up her heart to Ben as he tells her about his damaging past. Is Hope going to be happy when she hears about this? Will doesn’t seem sure how to react to getting flashbacks to his own damaged past. He certainly isn’t telling Paul about them. And Stefan may wish he never came to Salem after what Brady and Eve throw at him. Read the Days of our Lives spoilers to see who makes a major confession to Chad.

General Hospital:
The plan that Sonny and Mike have hatched starts to crack when they are interrupted. Sonny has a testing week that has him feeling by turns relieved and bewildered while Carly tries to stay on her best behavior locked up in Ferncliff. Outside of Port Charles, Obrecht tries to keep her latest wrongdoing under wraps, but Peter won’t keep his mouth shut and keeps begging. Nina may not be totally convinced by his pleas, but she isn’t falling for Valentin’s wooing either. His big romantic gesture blows up in his face. Across town, Josslyn’s bond with Nelle grows and Nelle ponders how her life got where it is. A few other people are wondering that as well since both Dante and Michael are questioning Chase in less than friendly terms. And Sam and Curtis come up empty. Take a look at our General Hospital spoilers to find out who refuses to place blame. Brittany grills Victoria for details about what happened to JT. If this wasn’t enough to ruin her week, Victoria is also getting threatened by someone through her computer. Making things even more uncomfortable, JT’s ex-wife, Mackenzie arrives on the scene to do some grilling of her own. Meanwhile, Nick shocks Sharon with a proposal and they are soon sharing their news. But the news may not be so happy for everyone. Victor learns something that surprises him and Abby informs Arturo that they need to slow things down. Summer certainly isn’t putting on the brakes as she inches closer to Billy. Will he give in to temptation? Pretty soon, he and the blonde have a secret to share, but Phyllis may be too distracted to notice at the moment. And Jack works his charm to chase down the latest lead on his identity after he starts to wonder if Phillip Chancellor was his father. Visit The Young and the Restless spoilers to discover who else feels a threat.