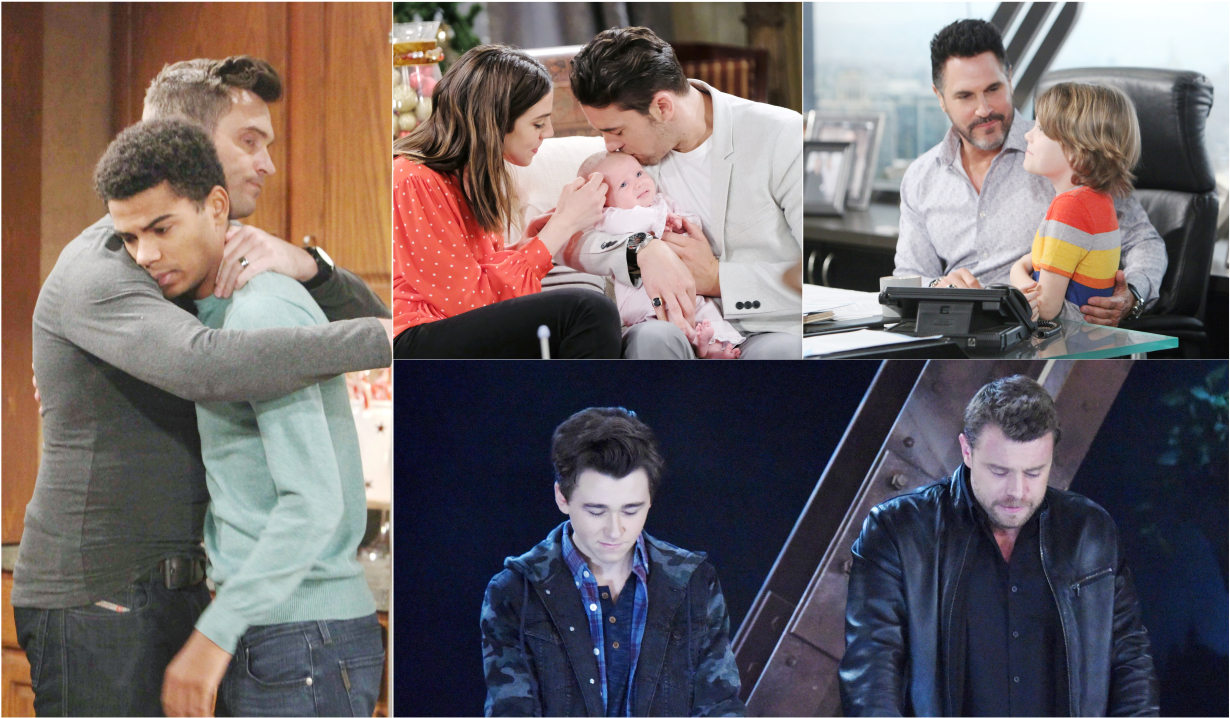 A look at daytime’s hottest dads.

In honor of Father’s Day, we’re looking at some of the hottest dads who have graced our current soaps. Beauty is in the eye of the beholder, and in some instances, there were slim pickings amongst the characters currently on The Bold and the Beautiful, Days of our Lives, General Hospital and The Young and the Restless who are fathers. Here is our salute to the current and past hot daddies on soap operas.

Those who didn’t make the gallery, still deserve honorable mention such as Bold and Beautiful’s Eric Forrester, one of soaps silver foxes who loves his children, even though he’s disowned them in the past. On Days of our Lives we’re honoring Rafe Hernandez, who helped Sami raise half the kids in Salem that she gave birth to, bonded with step-daughter Ciara, and looked after Jordan Ridgeway’s baby David when she was in Bayview and murdered, even trying to get custody of the little guy.

We even have a few unhonorable mentions which include General Hospital’s Julian Jerome and Sonny Corinthos, who are both sexy and devoted to their offspring, but they also have a tendency to shoot their children and get violent with their baby mamas.

Though these two aren’t onscreen anymore for differing reasons, there are two Young and Restless stars we pay homage to. Before Neil Winters’ heartbreaking death, he had his ups and downs as a father, which included learning his daughter Lily was biologically his brother Malcolm’s daughter. He persevered, even adopting Devon Hamilton when he was a teenager living on the streets. His constant focus on his children and grandchildren made him one of soaps’ sexiest fathers.

Our post-mortem mention belongs to Y&R’s handsome John Abbott who returned every now and then as a ghost to counsel his children, even though he didn’t father as many children as he thought.

Be sure to check out the gallery and comment with your own picks and take a look at daytimes hottest shirtless hunks. 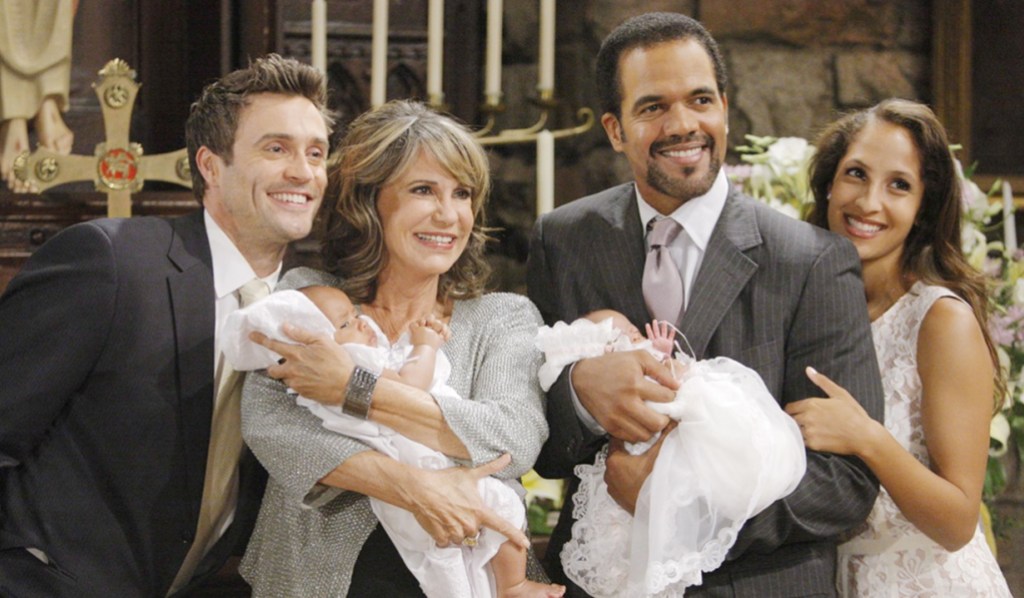 <p>Liam Spencer is a doting dad to his firstborn Kelly with his ex-wife Steffy Forrester. He’s also quite fond of Steffy’s adopted daughter Phoebe, who happens to be his daughter Beth who he sired with his other ex-wife Hope Logan – they think she’s dead and Steffy has no idea who her new daughter actually is. It’s a big mess, but it doesn’t distract from the fact that Liam’s beach body and boyish good looks make him one of our hot daddy picks.</p>

<p>Liam’s father Bill Spencer probably won’t win any father of the year awards given he’s always playing sons Liam and Wyatt against one another, was obsessed with Liam’s wife Steffy for a while and has seemingly passed down his love of money and the art of manipulation down to his youngest son Will. Still, it’s hard to deny Bill has a banging body, and in his own bizarre way loves all his children and always wants his family to be united, which he recently accomplished when he wooed back Will’s mother Katie Logan.</p>

<p>He might not be on the canvas right now, but Rick Forrester had smoldering good looks and muscles for miles. He also stood by his wife Maya when she revealed she was transgender, and the two fought for a family with the help of Maya’s sister Nicole who acted as their surrogate, giving birth to their daughter Lizzy.</p> <p>Honorable mention: Eric Forrester, one of soaps silver foxes who loves his children, even though he’s disowned them in the past.</p>

<p>Brady Black pretty much is cursed when it comes to relationships, and his constant need to be in love is a turnoff. However, his chiseled chest and jawline, along with his sultry voice, lands him as a pick for one of our sexy soap fathers.</p>

<p>Chad DiMera fought some of his own DiMera family members and serial killer Ben Weston to get his happy family with Abigail Deveraux. He’s got the rugged boy next door looks, and is so manly he often grows a full beard overnight!</p>

<p>Shawn Brady has the look of a male model, but brains to boot. He followed in the family footsteps and joined the police force as a crime scene investigator. Not only did he, along with his wife Belle Black Brady, raise his daughter Claire (though the fact that she became a firestarter has us questioning his parenting abilities a little bit), but he has been a father figure to his younger sister Ciara, who turned out pretty okay.</p>

<p>Jason Morgan is without a doubt a smoking hot dad whose blue eyes are as piercing as Zoolander’s trademarked Blue Steel look. He’s loyal without fault and not only father to Danny and Jake but got himself sent to prison to protect his godson Michael when he landed in the slammer.</p> <p>Jason’s twin brother Drew Cain is equally as hot. For obvious reasons! They may no longer share the same face thanks to Drew’s plastic surgery, but they have the same dynamic DNA. Drew is a constant father figure to Jake and Danny and embracing his role as dad to Emily “Scout,” but sadly mourning his son Oscar Nero, who he was only just getting to know.</p>

<p>Brad Cooper and Lucas Jones are the proud, doting fathers to adopted son Wiley. Both dads are easy on the eyes and their fierce desire to protect their son from the evil Shiloh, who they think is his bio-dad, only makes them more attractive. Well, Lucas thinks Shiloh is the real dad, but Brad knows the truth that Michael, with his standard issue Quartermaine good looks, is the rightful father, who takes his current duties as Wiley’s godfather very seriously. Wiley is in very attractive, loving hands no matter which dad is caring for him.</p>

<p>Billy Abbott is Genoa City’s spoiled rich playboy and all-around screw-up, but he usually screws up with a charming smile that makes us weak in the knees. He also loves his kids, which makes him sexy, no matter which actor is playing him. And there have been so many…</p>

<p>Cane Ashby has his flaws, including cheating on his wife Lily and getting another woman pregnant. However he loves his kids, and his dedication to his family, including his step-mother Jill Abbott and step-brother Billy, make him a fan favorite father. There is also the added bonus of a killer body and sexy Australian accent.</p> 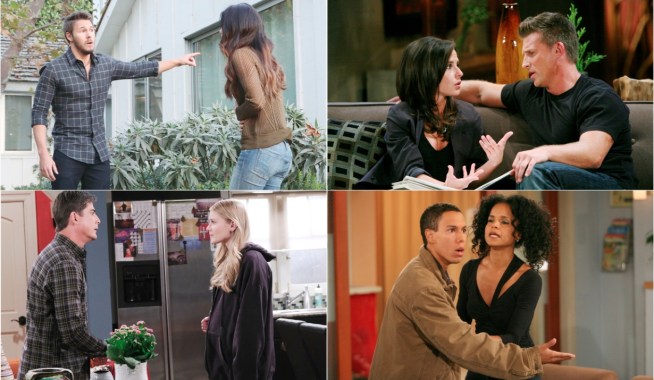 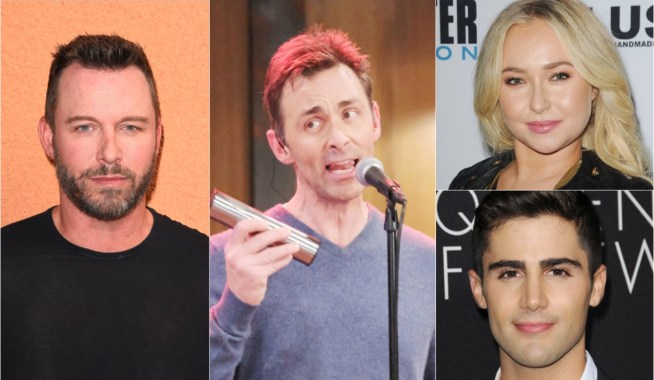