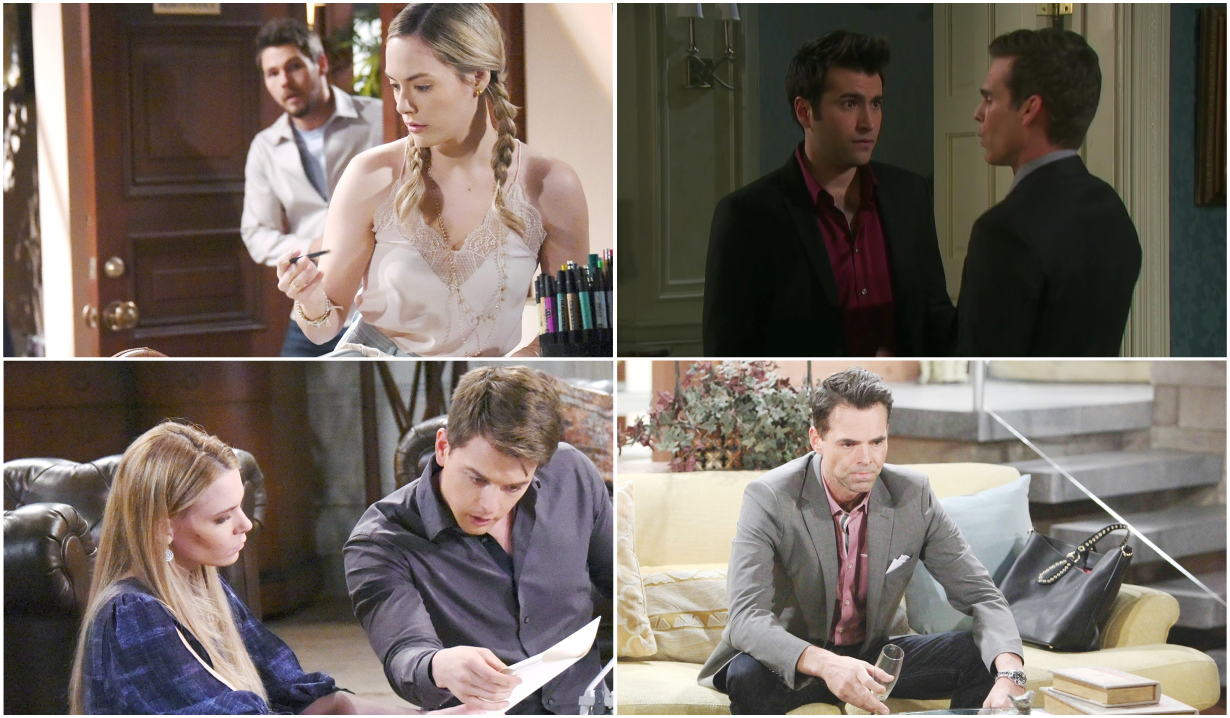 Soaps.com dishes on the latest delicious spoilers for The Bold and the Beautiful, Days of our Lives, General Hospital, and The Young and the Restless.

Just when Steffy and Liam’s lives couldn’t get anymore complicated, Hope comes to the shocking realization that she’s pregnant with Liam’s child. Liam’s boys are good swimmers. Hope shares the big news and Liam tries to digest the news that all of his flip-flopping created more consequences. But babies are blessings, right? Meanwhile, Steffy’s finally ready to marry Liam, and that’s not all. While all of this baby drama’s happening, somebody’s sending threats to Hope. Elsewhere, while Sally and Wyatt proclaimed that they’d take things slow in the beginning, as Sally decorates for the Fourth of July and has a lengthy discussion with Wyatt about their future, she moves into his pad. Tune into the Bold and Beautiful spoilers to find out what Thorne, Ridge and Liam work together to accomplish.

Leo Stark’s dream of bagging a Kiriakis is cut short when “the little weasel,” as Victor once referred to him as, meets his end, along with the sexual harassment lawsuit in the company of Sonny and Will. But are things about to get worse for Sonny and Will? Meanwhile, Brady thought his secrets were safe but as the custody case gets underway, his past comes back to haunt him, and he’s accused of murdering Deimos. Eve thinks he should give credit where credit is due and spill that Nicole’s the true murderess. Speaking of murderesses, just when Gabi thought life was looking up, she experiences some horrible pain and then of course, devastating news. Over in the cabin, Ciara becomes a little nervous when Ben begins to lose touch with reality. Hope worries for her daughter’s safety and calls Clyde to help find Ben and Ciara. Kayla can’t take her tremendous secret anymore, and, looking for insight, confides in Marlena about her deal with Stefan. Check out the daily refreshed Soaps.com Days of our Lives spoilers to learn who receives unsettling news.

This week has Michael surprising Nelle and while she turns on the charm, something has her shaken and suffering a setback. When her appointment is delayed, Michael comes up with a solution she can live with. Meanwhile, Sonny gets some much needed positive news and is able to reassure Carly, but how reassured is she, what with the mystery patient sending her SOS messages? When Sonny receives a mysterious text message, it’s Jason’s turn to assure Sonny, who in turn prepares Mike for what’s coming. While Peter’s still shackled in the cabin, he has a word of caution for Obrecht. For more maddening teasers for the rest of the week, visit General Hospital spoilers to learn who makes a plea.

In Genoa City, Kyle pushes Summer’s buttons, and with the way she’s been feeling, it doesn’t take much. And because she led Billy down the path to destruction, Billy succumbs to more gambling. While Nikki and Victor agree to work together during their family’s time of need, Phyllis wants to make a new alliance. When new information comes out regarding JT, the women get ideas in their heads to dig up JT’s final resting place. Luckily, Nikki’s able to get Chancellor Park closed but something comes up which could derail their plan. For more spoilers, check out Young and the Restless spoilers and find out who loses control.