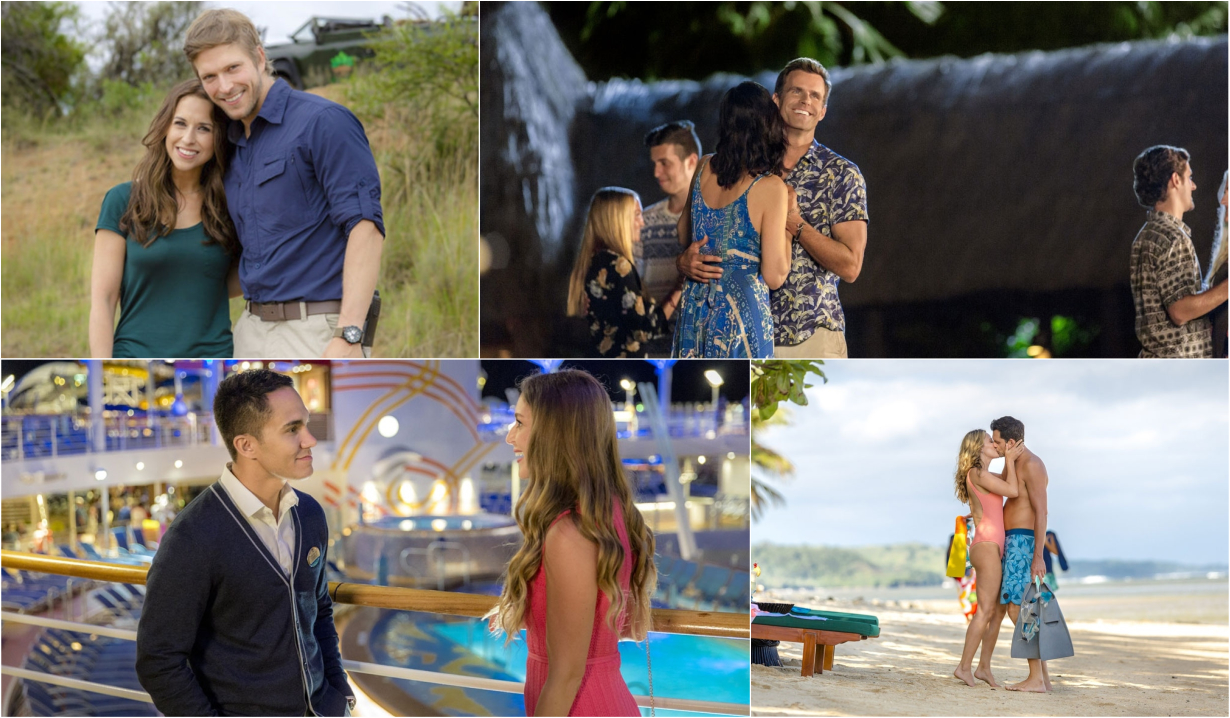 In May, Soaps.com announced the line-up for the Hallmark Channel’s June Weddings special and now we are back to bring details surrounding four new movie premieres for the annual Summer Nights event. Viewers will be able to watch new love unfold each Saturday evening in the summer months beginning in July with movies filmed in beautiful locales such as Fiji and South Africa… as a South African ranger named Tom. When Kira learns she inherited a South African animal reserve, she heads out to the location for the reading of her uncle’s will and meets Tom, who’s the opposite of her current, steady boyfriend. Kira, Tom and his ranger partner Ally go on the safari of a lifetime, in which Kira falls in love with the land, its animals and Tom. She’s then faced with a huge decision to either sell the reserve to a ruthless competitor or leave her old life and love behind for new adventures in South Africa. Tune in on Saturday July 28 at 9:00 PM.

A Summer to Remember

Former All My Children actor Cameron Mathison (Ryan Lavery) and Good Witch actress Catherine Bell star as Will and Jessica in A Summer to Remember. A widowed doctor named Jessica wants to reconnect with her daughter and heads to Fiji where she meets a resort owner named Will. Though a surgeon, Paul, is clearly interested in Jessica, spending time with Will has her wondering if island life is what she’s hoped for all along. Watch for its premiere on Saturday August 4 at 9:00 PM. and wife duo Alexa and Carlos PenaVega team up once again in the premiere of Love at Sea as Olivia Grayham and Tony Rieves. Event planner Olivia and cruise director Tony don’t exactly get along aboard a Royal Caribbean ship. However, as the cruise progresses, the two manage to fall in love during the everyday hustle and bustle. The movie airs Saturday August 11 at 9:00 PM. Polaha will play Alex and Colin in Pearl in Paradise. Alex goes in search of the perfect photo for her magazine cover and comes across a romance novelist named Colin, who agrees to help her find a rare pearl. As they go on a jungle adventure, both can’t help but give in to the beauty around them. The new movie airs Saturday August 18 at 9:00 PM.

#Repost @britbristow with @get_repost ・・・ #flashbackfriday to shooting #loveonsafari for @hallmarkchannel in South Africa with these amazing humans! I can’t WAIT for Love in Safari to air this Summer on Hallmark – should we start a countdown to watching me drive this thing now? ?

Did some ADR work yesterday for Love On Safari. I’m so proud to be a part of this movie and can’t wait to share it with you! #loveonsafari airs this summer on @hallmarkchannel

#loveonsafari ? *Sometimes I just have to ditch the heels and stand on a box instead. #elegant

Starting work at 2am was a pleasure when you get to witness this unreal sunrise in South Africa ☀️ thankful for these new friendships! @britbristow @jon_cor #LoveOnSafari @hallmarkchannel

THATS A WRAP! #loveatsea @hallmarkchannel @royalcaribbean Thank You to everyone who made this possible!! It took 18 months to get this movie made! Worth every headache!!! Can’t wait to see it air on #hallmarkchannel this summer!! ? ☀️ ? ? ? @vegaalexa

Throwback to this morning when @royal_captain_gus let us blow the ships horn and scared us into thinking we broke it!!! #hegotmegood #harmonyoftheseas #loveatsea @royalcaribbean @hallmarkchannel @vegaalexa ?: @lyan10

Ahhhh still can’t believe we are shooting a movie on a cruise ship!!! Feeling to blessed and thankful to all that are making this shoot possible!!! @royalcaribbean @hallmarkchannel @vegaalexa @eddiefinlay #lexloscruisemovie #stilldonothaveaname ? ?

Tomorrow two of our worlds collide!!! Spending a couple weeks on a @royalcaribbean ship ? filming a movie ? for @hallmarkchannel with this pretty lady 🙂 #lexloscruisemovie #westillneedatitle

Thank you Hallmark for shooting “A Summer To Remember” in one of the most beautiful places on earth????? #fiji #hallmarkchannel #august #cantwaittoseemykids

“Is this the scene where I come racing up on the beach on a jet ski?” Words that actually came out of my mouth. #pinchme #ilovemyjob #setlife #fiji #grateful Photo: @_toni_c

My character in the movie surfs way better than i do? But Fiji isn’t a bad place to work on my skills???? #fiji #surf #travel #beach #wanderlust #hallmarkmovies Photo: @_toni_c

Another day at the office?????? Working with the amazing @therealcatherinebell on one of the most beautiful beaches in Fiji?!! #Fiji #horsebackriding #training #itsmyjob #hallmarkmovies #travel #wanderlust