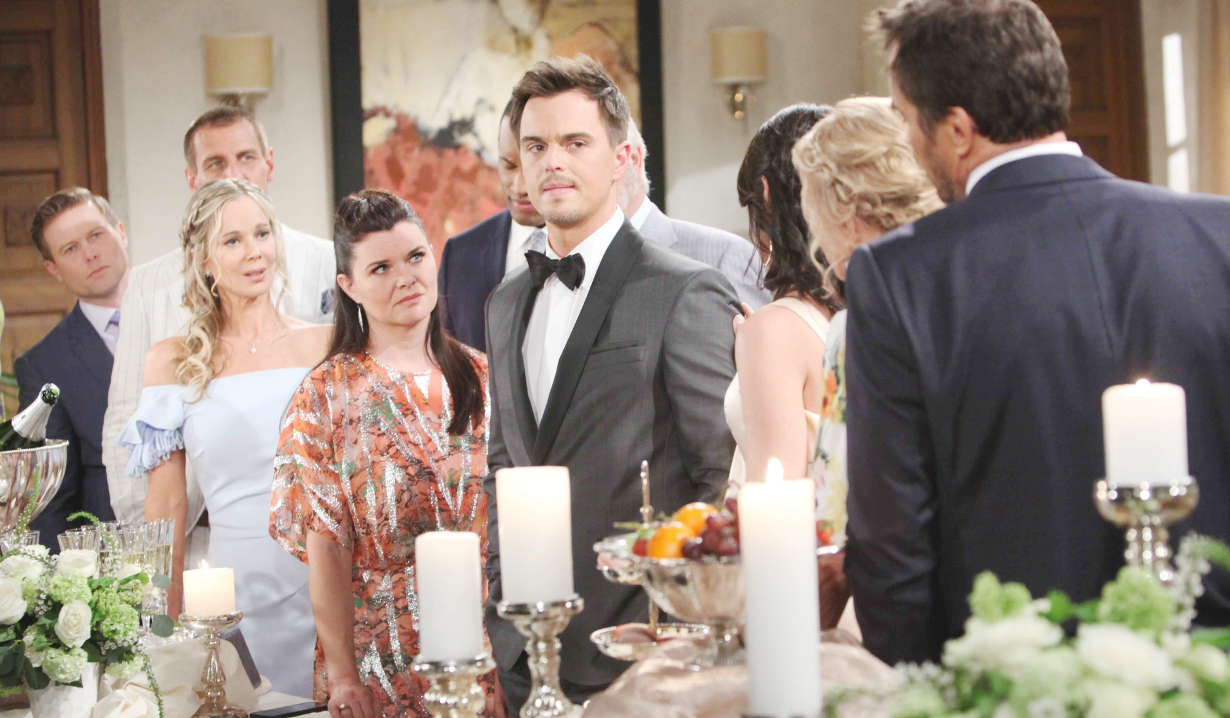 The Bold and the Beautiful:
With the wedding tied up in uncertainty, Ridge demands that Katie tell him the truth. Unfortunately, the truth isn’t doing anyone much good. Liam makes what Wyatt told him about the halted wedding public. He and Hope have an important decision to make after they think over what Bill’s manipulations have done to their lives. Bill, of course, refuses to back down from what he’s started, which makes Justin back away from him. Wyatt clashes with his father after Bill freaks out and tries to back out of their deal. Meanwhile, things get uglier as Hope and Steffy fight over Bill’s lies and Liam confronts his father. Soon after, Steffy confronts Bill herself and throws him out of her house, but when she does, she falls and goes into labor. Check out Soaps.com’s The Bold and the Beautiful spoilers to learn what Ridge asks Liam to do.

Days of our Lives:
Just as Brady manages to make up his mind about what kind of future he wants with the two women in his life, something complicates the issue and he may have to rethink it. If waiting for him to choose between her and Eve wasn’t annoying enough, Theresa also has to deal with Xander being a pain in her posterior. To make things worse, Chloe is back in Salem and aiming to ruin Theresa’s life. Across town, Victor’s life gets lousier when Sonny tells him about Leo’s lawsuit. Gabi’s life isn’t grand either as her release from prison gets complicated by someone from her past. And things are complicated for Kayla as she contemplates making a compromising deal with Stefan to get Steve’s vision back. Finally, since their partners have messed them around, Tripp and Claire decide to mess around together. Read the Days of our Lives spoilers to see who receives shocking news about Ben Weston.

General Hospital:
As the pressure continues to mount, Carly cracks. Jason, however, seems to have other things on his mind but is surprisingly unsure about what to do next. While Stone Cold tries to be encouraging, Andre is being a lot more discouraging and isn’t shy about sharing his serious doubts about what’s expected of him. Franco isn’t being terribly supportive either, but Liz is. Over at the hospital, Obrecht pops up to throw some blame around. Peter, facing blame from other people realizes that he actually has some leverage in his situation and looks for a way to use it. Valentin is left working the defensive while Maxie feels like a fool and Anna wants to try and get back all the time she’s lost. Across Port Charles, Kiki could also be losing something thanks to some information she receives that leaves her miffed and Ava does her best to keep Griffin feeling discouraged. Also feeling discouraged, Alexis bumps into Kevin and wants a way to solve her problem. Take a look at our General Hospital spoilers to find out who is feeling strangely optimistic.

The Young and the Restless:
While things continue to be a disaster in the Abbott family, Victor seems to think it’s time to shake things up for the Newmans. He reveals a family secret that could leave some people reeling. He and Nick argue about the secret and Nick also faces opposition regarding his reunion with Sharon. She’s on the receiving end of some harsh words and Jack is there to comfort her. Over at Newman, Victoria’s week isn’t running smoothly either. Abby fights with her and Nikki while Traci teaches Kyle a lesson. Meanwhile, Devon’s attempts to woo Hilary lead to him learning something that he was not expecting. Visit The Young and the Restless spoilers to discover who is stirring the pot in Genoa City.