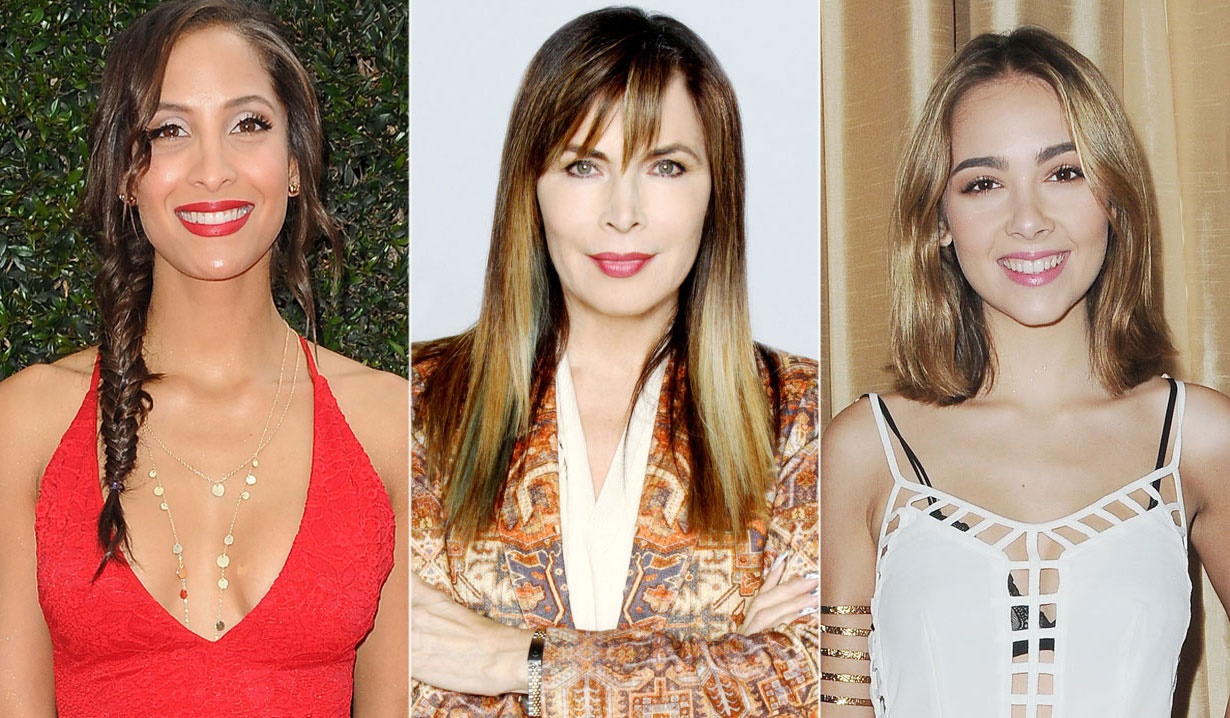 Soaps.com has learned that The Young and the Restless’ Christel Khalil (Lily Winters Ashby) is co-starring in the upcoming Lifetime film, Sorority Stalker, previously titled No Good Deed, along with General Hospital’s Haley Pullos (Molly Lansing) and Days of our Lives’ Lauren Koslow (Kate DiMera). The film, written by Sandra Bailey and directed by Craig Goldsmith, also stars Lilan Bowden (Andi Mack), Haley Webb (Teen Wolf), and Bryce Durfee, who once played a male model on The Bold and the Beautiful. Tune in Saturday November 10 at 8:00 PM on Lifetime.

The movie tells the story of spa owner, Aya (Webb), who opens up her home to the younger Taryn (Pullos), who is new to Aya’s hometown and is alone and broke after being dumped by her boyfriend. Unwittingly, Aya has invited into her life and home a murderous sociopath who becomes fanatical about the budding friendship. Christel Khalil plays a character named Lauren, while Lauren Koslow appears as Liz.

Pullos currently stars on Mr. Student Body President as Addison Pierce in addition to her GH role. Khalil’s last film role was that of Breanna Wilkinson in the short comedy crime thriller, Bedlam, about a film crew that sets a sociopath on the loose while creating a redemption documentary on a recently released psychiatric patient. During a Daytime Emmy red carpet interview with Daniel Goddard, who plays Khalil’s character’s Y&R onscreen husband, he shared his funniest scene opposite the actress and stated, “We were in the bathtub together and one of the crew put rubber dog-poo all over the floor…” The actors were trying to be romantic, as the crew laughed behind the scenes.

I’m so excited to share with you all that this Saturday I’m in a new movie on lifetime called Sorority Stalker! Make sure to watch or set your DVR!!! #sororitystalker

Maskless Met Gala Scene, With Face-Covered Servers Waiting On “Liberal Swells”, Mocked As Double Standard By Bill Maher: “Do The Germs Know Who The Good People Are?!”

Burden of Truth Series Finale Recap: Did Joanna and Billy Save Her Career and Their Relationship? — Plus, Grade It!