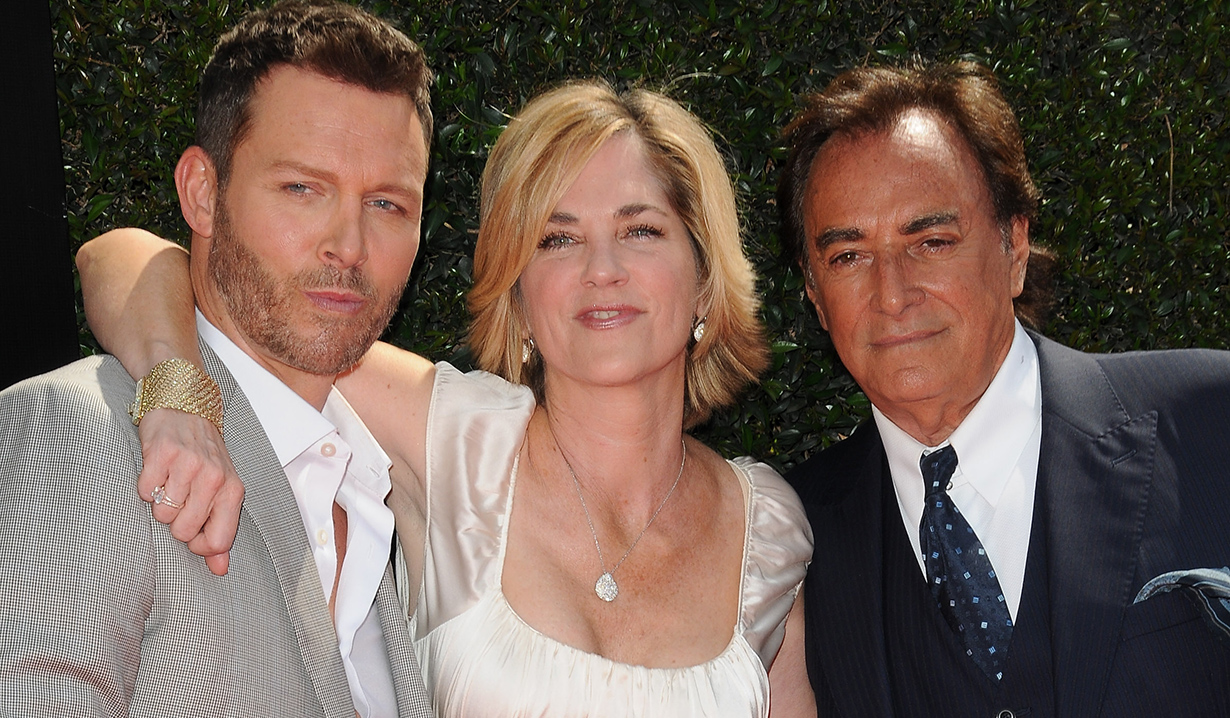 Useless talents, Netflix habits, the weirdest thing a character has done – just a few questions asked on the red carpet at the 2018 Daytime Emmys.

Soaps.com covered the red carpet at the 45th Daytime Emmys at the Pasadena Civic Auditorium in Pasadena Sunday April 29 and took video footage, which readers can find below, along with a massive photo gallery of all the stars on the red carpet. Kristyn Burtt was on hand wearing a pink, chic one-shoulder jumpsuit, chatting up the stars of daytime television. Burtt started out the show by speaking with the second-year red carpet host, Carolyn Hennesy (Diane, General Hospital), about what she’d bring to hosting this year, her role on the ABC sud and more, which aired live on KNECT. Tristan Lake Leabu poked his head in to talk about his personal process while acting as character, Reed Hellstrom, on Young and the Restless.

Jennifer Gareis (Donna, Bold and Beautiful) said hello and dished on working with Susan Flannery (ex-Stephanie), and the weir dest thing that has stood out for her character over the years, and crying on cue. General Hospital’s Eden McCoy (Joss) teases about the “extra drama” coming for Joss and the funniest scenes she’s had. Kelly Kruger (ex-Mac, Y&R) and husband, Darin Brooks (Wyatt, Bold and Beautiful) dished a little on what’s coming for Wyatt and Kruger admitted she knows what’s coming as well. Kate Linder has been on Y&R for 36 years, and discusses the 45th anniversary for the show, and what’s going on with her character, Esther Valentine. Next up was Victoria Rowell (ex-Drucilla, Y&R), and Richard Brooks, who talked about their pride in their new project, The Rich and Ruthless, which just happens to be the most watched show for BET. dished on what’s coming with her character, Brooke Logan, and how much fun it is to work with the cast of Bold and Beautiful. A trio from the Days of our Lives cast in Eric Martsolf (Brady Black), Kassie DePaiva (Eve Donovan), and Thaao Penghlis (Andre DiMera) stopped by to discuss their characters and the funniest scenes they’ve played out on their show.

GH’s Hayley Erin (Kiki Jerome) talked about her newest scenes with creepy Dr. Bensch (James DePaiva), and breaking down those barriers about men acting inappropriately toward women. Days’ Suzanne Rogers snuck up in a groovy Lady Tuxedo, and Burtt recalled how comfortable she was one year when she wore a similar garb. Rogers talked about where she keeps her Daytime Emmy, and shares advice for those who will win that evening. Days’ Victoria Konefal (Ciara Brady) spoke up about the hiccup coming in the next month with her soapy romance, and recalls how she dealt with a new scene for her on the show. Y&R’s Daniel Goddard (Cane Ashton) appeared to discuss his character, and how the soap fans are everything to him, especially those on Soaps.com, which is a site he reads regularly. Days’ James Reynolds was next, and he talked about what he loves best about acting, and what he does outside of the studio. up to talk about the poignant presentation she would be giving during the evening’s celebration in appreciation of her father, Bill Bell, who has passed on, and her mother, Lee Bell. Days’ Sal Stowers talked about Lani Price, her character, who is trying to be a better person, after a few big mistakes. Later, Olivia Rose Keegan sauntered up to talk about her character, Claire Brady, and all of the celebrations she and her family had after hearing she was nominated, and the weirdest thing to date her character has done. A hint – it had to do with stuffed animals! Days’ Tyler Christopher (Stefan O DiMera) walked up to talk about seeing old friends at the NBC studio, and what it’s been like to try to fill the iconic Joe Mascolo’s (Stefano DiMera) shoes.