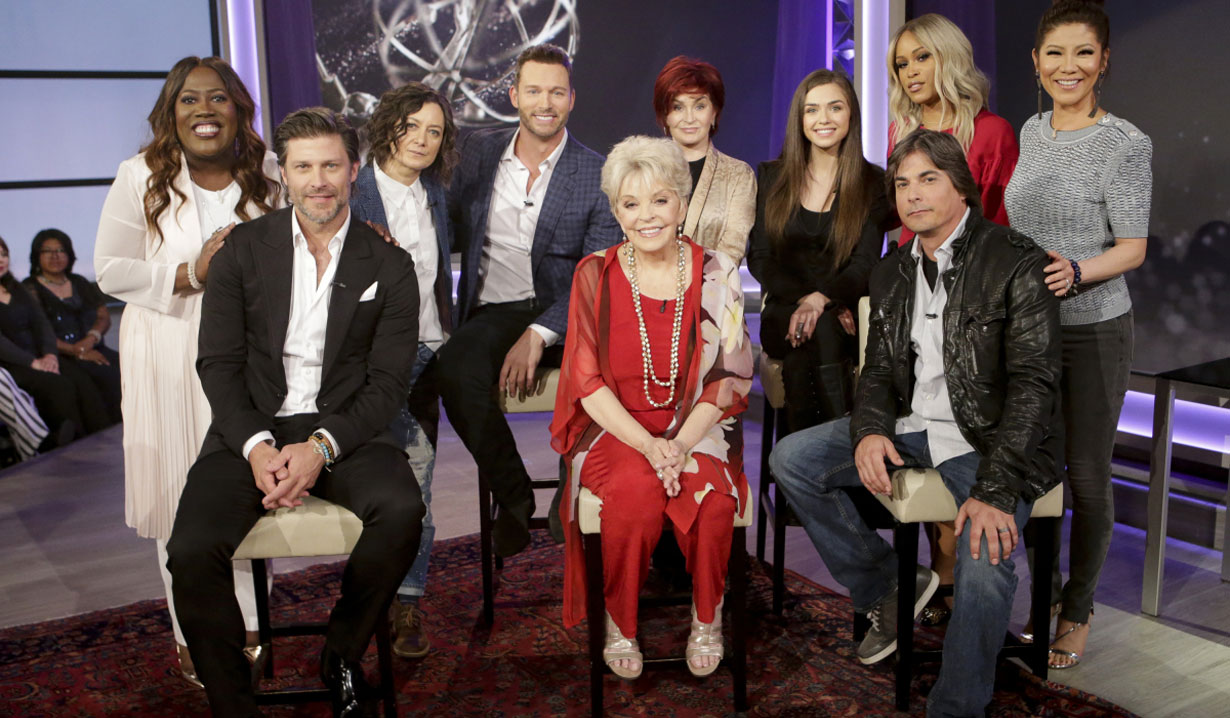 On Sunday April 29, Soaps.com reported this year’s 2018 Daytime Emmy Award winners, which were announced at the live ceremony, hosted by Extra’s Mario Lopez and The Talk’s Sheryl Underwood, at the Pasadena Civic Auditorium in California. During the evening we live blogged the 45th Daytime Emmys as the actors from The Bold and the Beautiful, Days of our Lives, General Hospital and The Young and the Restless were honored for their 2017 work in daytime television. Following the big night of festivities, the winners appeared on CBS’ The Talk to discuss their wins with hosts Julie Chen, Sara Gilbert, Sheryl Underwood, Sharon Osborne and Eve for their annual After Party special.

The ladies of The Talk had something to celebrate as well… Though they didn’t take home the award for Outstanding Entertainment Talk Show Hosts, the show did win for Outstanding Talk Show Entertainment. The Talk has won a few Daytime Emmys over the years since its debut on October 18, 2010 as part of CBS’ Daytime programming. The show is currently in its eighth season, was created by host Sara Gilbert and discusses the latest headlines.

Soap opera winners that made a special appearance to celebrate their Daytime Emmy wins for Outstanding Daily Drama, Watch the full episode with the Days actors on The Talk to hear who doesn’t argue when asked to take his shirt off, which actress shared a red carpet mishap, and the video interviews below for who was completely in shock over their win and more…