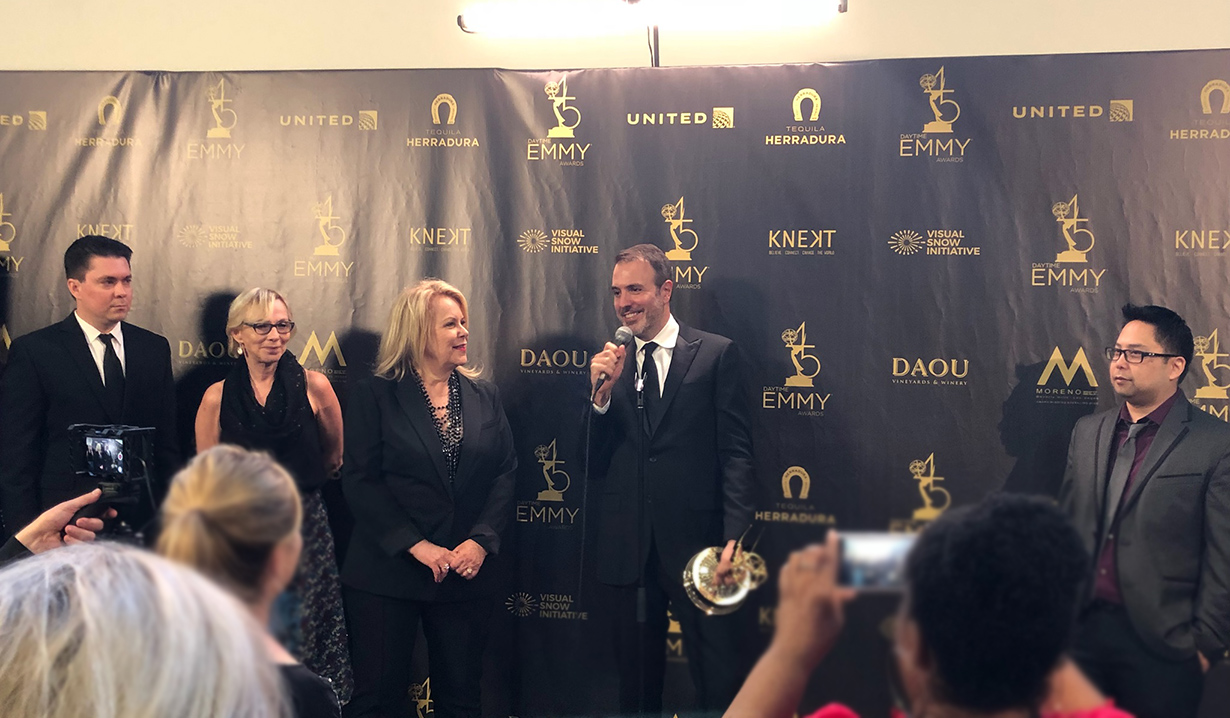 Today marked the 45th Annual Daytime Emmy awards which Soaps.com covered. After we spent time with the soap stars on the red carpet, we wandered backstage where reporter Kristyn Burtt took video footage and photos of the shocked and grateful 45th Daytime Emmy winners, who chatted on their wins.

The stars included Chloe Lanier, who plays Nelle Benson on the award winning ABC soap, General Hospital, who won tonight’s award for best Younger Actress in a Dramatic Series. In the press room, Lanier thanked everyone at GH for their part in her first win and admitted she wasn’t sure where to put her award because it needs to be kept far away from her dogs.

Next was General Hospital’s Vernee Watson, who plays Stella Henry, who won an award for Outstanding Guest Performer. During the red carpet show and the Daytime Emmy wins, Soaps.com writer and reporter, Dustin Cushman, wrote the 2018 Daytime Emmys live blog, which will update our readers on exactly what happened, who was on the scene, and showcase photos and video footage of the stars on their big day. Y&R’s Camryn Grimes (Mariah Newman) for example, spoke with the Daytime Emmys host, GH’s Carolyn Hennesy (Diane Miller), about the scenes she submitted where Mariah told Sharon that she was in love with a woman. Those scenes won her the statue for Outstanding Supporting Actress. Watch her backstage interview below on her big win. Rome Flynn won Outstanding Younger Actor award for his role as Zende Forrester on Bold and Beautiful. In his interview backstage, Flynn talked about representing black couples across the world and doing the best he could to win the award. Later, Days of our Lives’ Greg Vaughan was beside himself winning Outstanding Supporting Actor in a Dramatic series for his role as Eric Brady. He talked about the “good writing,” being a huge part of his win, and going a little darker with his character, which certainly helped.

The lead actor award went to another Days star, James Reynolds (Abe Carver), who told Hennesy this was his third nomination. Days’ Bill Hayes and Susan Seaforth Hayes (Doug and Julie Williams) were honored with a Lifetime Achievement award which they discussed both onstage and in the press room. Susan Seaforth Hayes is the original cast member of the show, still seen on screen. In his interview backstage, Reynolds said he didn’t know where he’d put his statue but for now, he didn’t want it to leave his hands.

Days of our Lives, along with head writer Ron Carlivati, won both Outstanding Directing and Outstanding Writing in a Dramatic Series. Carlivati talked about the dark episode they put up for best show where Casey Moss who plays JJ Deveraux, was considering committing suicide in poignant scenes.

Days of our Lives and Young and Restless star, Eileen Davidson, won Outstanding Lead Actress in the 45th Daytime Emmys. The actress discusses her character, Ashley Abbott’s role in the Alzheimer’s storyline, the Daytime Emmy Nominees luncheon and more.

Ken Corday talked about Days winning Outstanding Drama Series, how he wants to celebrate, and talks about the storylines which made the soap win best show this year.

Congratulations to all of the winners of this year’s Daytime Emmys!