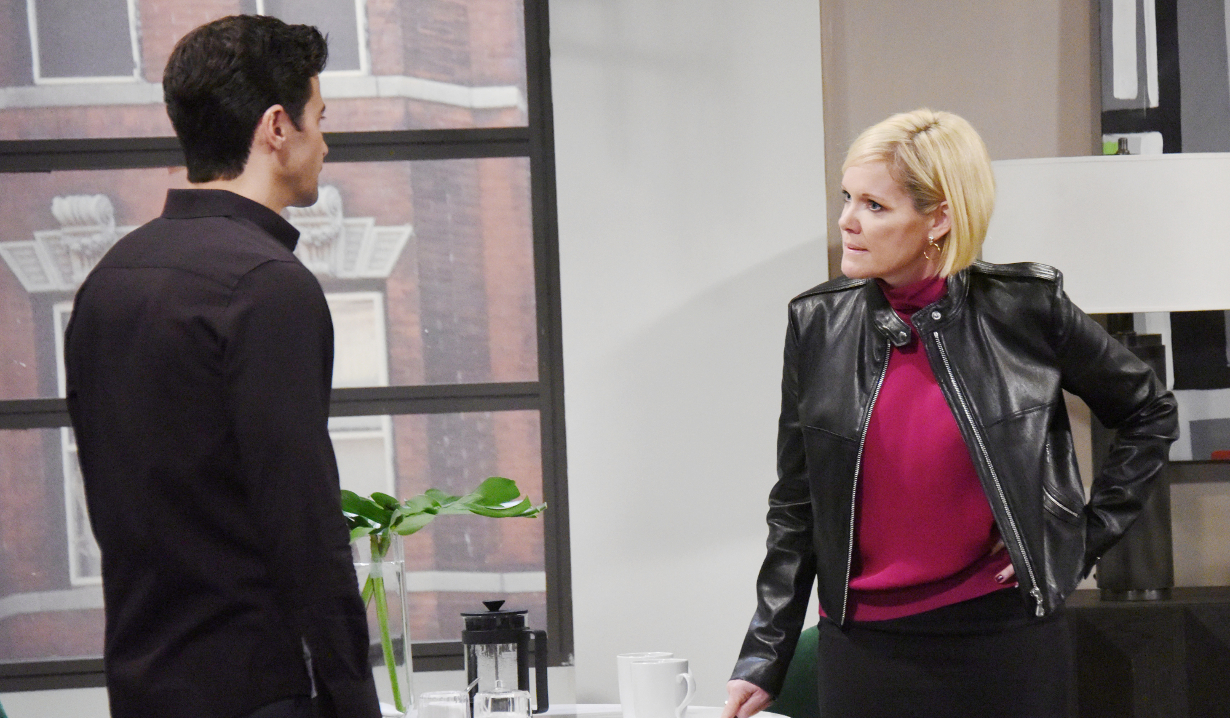 On the brink and too far gone.

The Bold and the Beautiful:
Unrelenting in his plans for Steffy, Bill continues to use Wyatt to make them come true. Dollar Bill could use all the help he can get since the more direct approach of telling Steffy that he wants a future with her only manages to make her distraught. Meanwhile, Liam is feeling confused after talking to Wyatt about Steffy. She finally thinks she’s getting what she wants but that quickly collapses. Back at Spencer, Justin’s self-confidence takes a hit when he notices that Bill doesn’t seem to care about who his actions hurt. As Bill boasts to Justin, Ridge worries to Brooke about his daughter, even though the blonde is more concerned about Hope. Finally, Steffy unloads on Ridge. Check out Soaps.com’s The Bold and the Beautiful spoilers to learn who comes to a decision.

Days of our Lives:
Jennifer and Chad can hardly believe what they are watching as Gabby lashes out at them at the Salem PD. Abby’s alternative personality does her best to make a deal to protect Stefan, but that may not be enough to keep him safe from the wrath of Jennifer. As Dr. Laura tries desperately to return Abigail to what she used to be, Chad begs for her to try harder. Off in the secret room, things move from tense to terrible as Marlena, Kate and Vivian remain trapped. Vivian manages to make things worse by tipping Kate off with a secret about Andre. Back outside, a guilty Eve holds vigil for Brady as she waits for him to get out of the danger zone and Chloe could be in some danger herself when she walks into a bad situation in Mexico City. Read the Days of our Lives spoilers to learn who comes in handy for Sonny.

General Hospital:
Needing an ally, Jason looks to Lulu for help, but will she be honest with Dante about how she’s helping a mob enforcer? Meanwhile, Anna continues to spin and receives a warning about her behavior. As she keeps up the search for Henrik, Maxie keeps bumping into him without knowing his true identity. But that may not last for much longer since Nina needles Curtis to dig deeper and he quickly discovers some information that could be useful. While Maxie is trying to find a way to be optimistic about life, Griffin isn’t so positive about the direction Ava has been heading in and confronts her about it. Across Port Charles, Sonny is doing his best to avoid things and Bobbie starts to seriously worry about Carly. Take a look at our General Hospital spoilers to discover if Chase respects Finn’s wishes.

The Young and the Restless:
There’s some upsetting news for Sharon and Nick. He is left to face some difficult choices and goes off seeking answers to his conundrum. Meanwhile, Hilary tries to take control of her situation. Phyllis is there to give her some support as she tries to keep things stable. Things are a lot less stable in the corporate world as Billy mulls over a new opportunity. This leads to him getting into conflict with Kyle. The young Abbott may have bigger problems though since his relationship with Victor is heading south fast. Across Genoa City, Victoria faces a grilling from Paul and her feelings of guilt could get the better of her. But Mariah’s memories of the girls’ night could add some more problems into the mix. Visit The Young and the Restless spoilers to learn who refuses to back down.