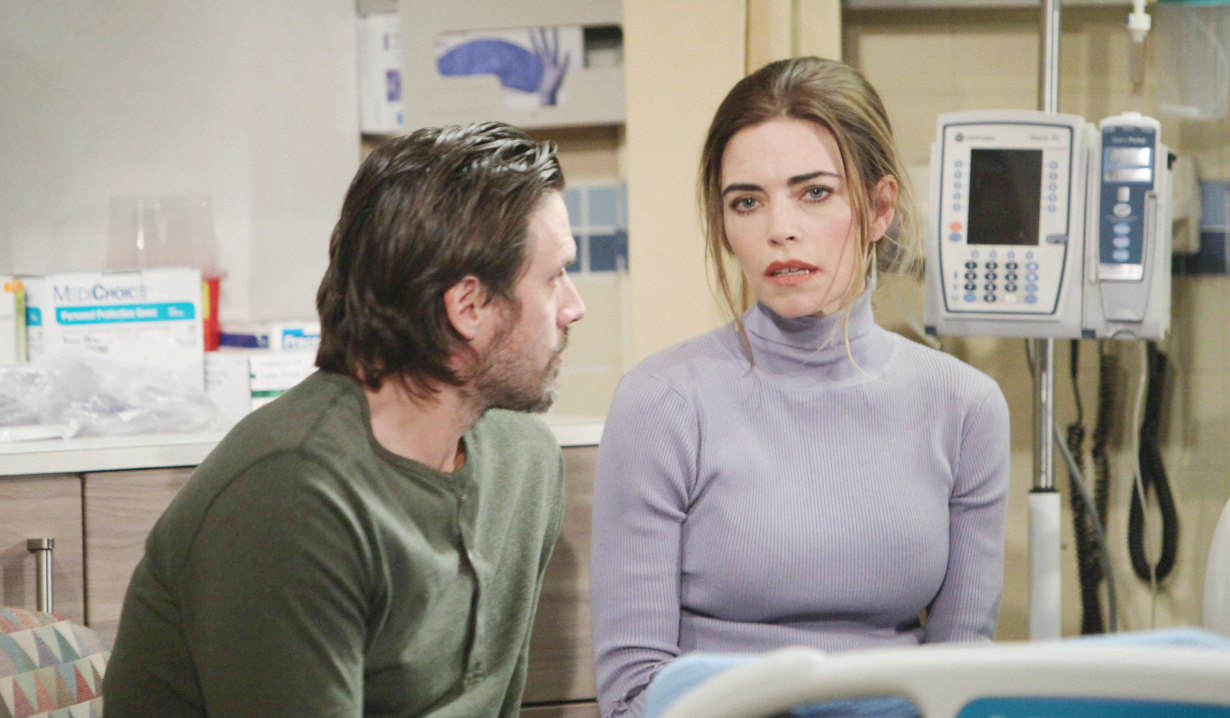 Packing up and settling in.

The Bold and the Beautiful:
Ridge continues to bubble over with rage at the thought of Bill and Steffy getting together. Steffy tries to reassure her father that Liam will be able to help set him free. That comes quickly after Bill is put on the spot thanks to his son. Brooke convinces Sanchez to question Bill again and Ridge is soon released. But as Steffy plans to reunite with Liam, he’s busy kissing Hope. When the raven-haired Forrester tries to lure her husband home, she doesn’t get the response she was hoping for. Check out Soaps.com’s The Bold and the Beautiful spoilers to learn who has the gall to point out that Forrester Creations has actually been doing fine without Ridge.

Days of our Lives:
Lani starts to fall apart, hurling her rage at Valerie for revealing the truth about who her baby’s father is. While Eli promises to be there for her and their baby, things continue to be crowded in Abigail’s head. As Gabby fights with Laura and Abigail for control of her mind, Marlena also throws in to battle between the proliferating personalities. Meanwhile, Chad pressures Stefan for some answers about what’s being going on. When that fails, he gets Rafe to help him. Read the Days of our Lives spoilers to find out who has some startling news for Sonny in Salem.

General Hospital:
With Spinelli packing up to leave, Maxie is getting more and more uncomfortable in Port Charles. Still looking for some answers, Peter starts to manipulate the situation around him. Across town, Jason begins to worry about Liz, and he should since she and Jake are in harm’s way thanks to her latest move. Things aren’t looking good for Franco either, who is becoming more mentally frayed than unusual. That feeling starts to spread to Drew. Take a look at our General Hospital spoilers to discover who confronts Jason.

The Young and the Restless:
When he isn’t busy arguing with Sharon, Nick finds the time to dole out a warning to JT. If that isn’t enough to get through to him, Mac gives him a talking to as well. While he is feeling cornered, Billy and Phyllis are wondering what Kyle was up to when he paid Jack a visit. As Kyle settles into Genoa City, Ashley starts to worry about what his plans are. Meanwhile, Victor’s health remains unstable. Furthering the uncertainty, a mysterious person shows up to see him. With the chaos in her family continuing, Victoria tries to do something positive but the same can’t be said for Nikki and Jill. Visit The Young and the Restless spoilers to learn who bumps into a good-looking stranger.

South Korean Documentaries Finally Get Their Due at Ji.hlava