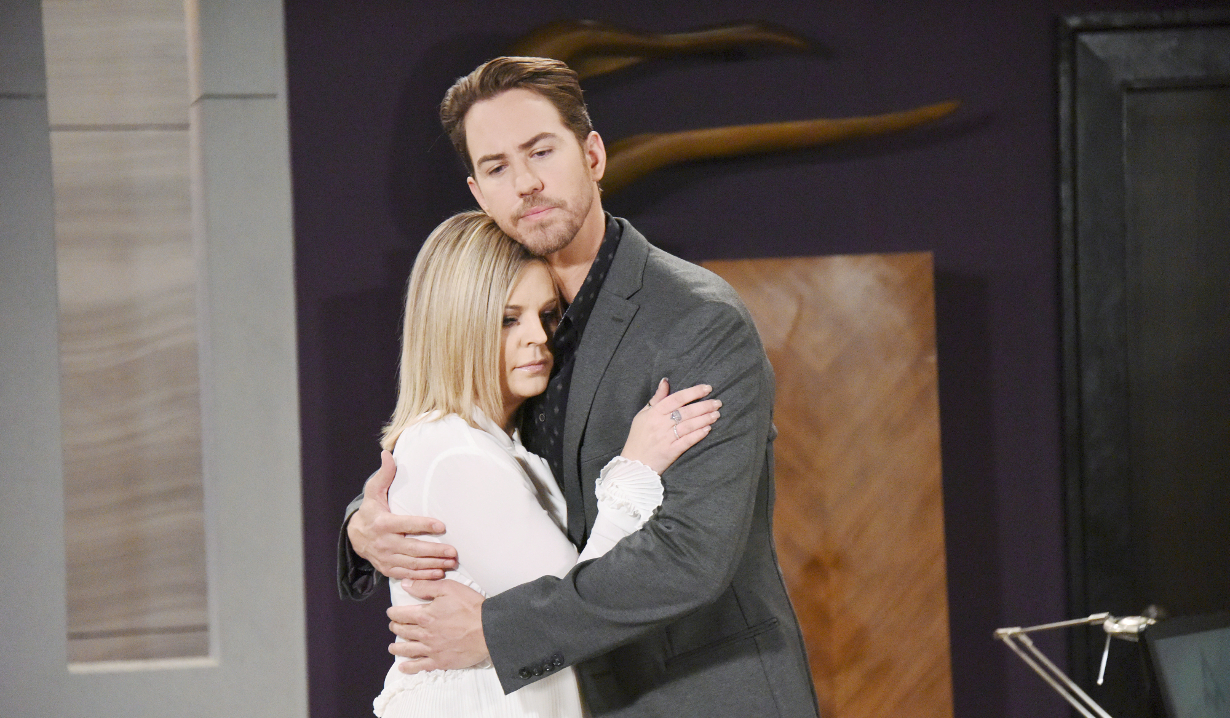 The sour, the saucy, and the scared.

The Bold and the Beautiful:
With Ridge locked up for putting a bullet in Bill, his family and friends start to rally behind him. Carter does his best to convince Det. Sanchez that the grumbly one didn’t pull the trigger, but the cop is unconvinced. Brooke looks for a way to get her husband out and Steffy asks Liam for his help. She thinks if they can get through to Bill, all will be well. Not doing so well are Eric and Quinn once he notices how she’s reacting to the fiasco. While she goes off on Sanchez, Brooke goes off on Bill. Check out Soaps.com’s The Bold and the Beautiful spoilers to learn who is fighting over Liam now.

Days of our Lives:
While Chad is getting locked up in Hong Kong, Gabigail is telling Stefan how she feels about him. The warm feelings go away fast when she snaps out of it and Abigail realizes she’s on the other side of the world with the DiMera. Back in Salem, Paul has barely gotten out of bed with Will when Kate comes banging on his door and asking him to dig up some dirt on Vivian she can use. Meanwhile, things continue to sour between Brady and Sonny and things get prickly for Chloe and Lucas when she receives a bouquet from her new admirer. Read the Days of our Lives spoilers to find out who learns the truth about Lani.

General Hospital:
Things continue to be fraught between Franco and Liz and he doesn’t know what he should do. Meanwhile, Liz manages to put her problems with Jason aside so that they can work together. Things are not running so smoothly with his alliance with Anna. As that one crumbles, it looks like his relationship with Sam is being rebuilt fast when they share a close moment together. Across Port Charles, Ned tries to do damage control while Julian looks for comfort and Peter tries to keep a lid on his overwhelming feelings of guilt. Take a look at our General Hospital spoilers to discover who gives Griffin some advice.

The Young and the Restless:
Jill returns to town and gives Billy a history lesson. She’s not the only one getting nostalgic for Genoa City’s past as Brittany and a host of other former students of Walnut Grove return to help celebrate the high school. Meanwhile, things are a lot less festive for Jack. Although Kyle is back in town, Jack has his eyes set on his old nemesis, Victor. As things get ugly with the mustache, Nikki finds herself having to make a hard choice about where her loyalties really lie, and Victoria finds herself on the end of a disturbing warning. Visit The Young and the Restless spoilers to learn which couples wind up in bed.