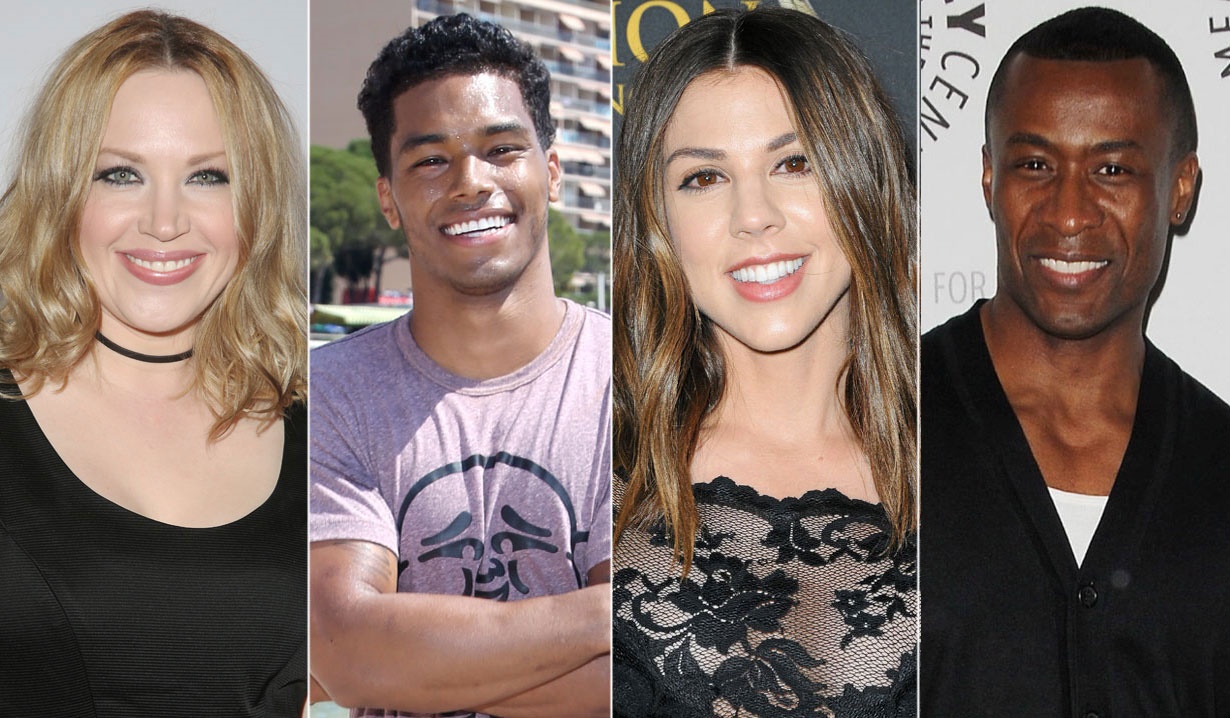 Soaps.com is excited to update readers on the latest news from daytime alums from all four current soaps. From movies to television, they are keeping busy since leaving Y&R, B&B, GH, and Days!

The Young and the Restless’ former Faith Newman, McKenna Grace is set to appear in Lifetime’s Rob Lowe directed movie, The Bad Seed. McKenna Grace starred in I Tonya as a young Tonya Harding and will play the title role of Emma, daughter of Rob Lowe’s character, in the psychological thriller, which is a remake of the original from 1956. In the story, Emma’s father begins to notice strange events surrounding his daughter following a traumatic incident at her school, and eventually has to work to keep his daughter from striking again. Actress Patty McCormack, who played the girl in the original, will play Emma’s psychiatrist in the remake. McKenna Grace retweeted a post from Lowe about how hard they were working on the set, and he shared some behind-the scenes videos on Instagram, one of Grace reading, The Outsiders, of which Lowe starred in the movie adaptation.

How To Get Away With Murder

Rome Flynn left The Bold and the Beautiful as Zende Forrester Dominguez late last year, and had been busy since, having filmed Tyler Perry’s A Madea Family Funeral, and The Thinning: New World Order. This week, Flynn made a surprise appearance on primetime television hit drama How to Get Away With Murder, as a mysterious new character, Gabrielle. Show creator Pete Nowalk, in an interview with The Wrap, teased, “He’s cool. He’s mysterious. I’m excited.” Nowalk went on to say that although the character Frank (Charlie Weber) knows the identity of the young man in his mid-twenties, and elaborated, “Obviously, Gabriel has a mother and Frank knows of that mother, or knows the mother. So that is a huge mystery and we’re going to be giving hints about it all next season.” Season five has yet to be given the go-ahead by ABC, but presuming that happens, the B&B alum will feature regularly in his new role. Flynn took to Twitter to thank fans for the warm welcome and to remark on working with the show’s star, Viola Davis (Annalise), and shared a post on Instagram of a welcome from Nowalk. How To Get Away With Murder airs Thursdays at 10:00 PM EST. Fans will see more of Flynn’s character during season five, as the actor was upped to a series regular.

General Hospital (Shawn Butler), Days of our Lives (Peter/Barney Bateman), and The Young and the Restless (Ben) alum Sean Blakemore stars in BET’s The Quad and has now been revealed to have a role in the upcoming movie, Spinning Man, starring James Bond actor, Pierce Brosnan. Blakemore will play Killian in the film, which is a dramatic thriller surrounding the story of a married professor, known to indulge in affairs with his students, who becomes the main suspect when a young woman turns up missing. Lionsgate released a sneak peek of Spinning Man, due to be released this year.

B&B and Y&R alum, Adrienne Frantz, well known for her stints on both soaps as Amber Moore, is currently filming a new movie titled Maternal Instinct along with her husband, Scott Bailey, and her young daughter, Amelie, who is acting for the first time. Adrienne Frantz appeared in Lifetime’s The Perfect Girlfriend and is thrilled to be on set in the new project, about which there a few details yet, but we do know her character is pregnant as she shared that information in an Instagram post. Both she and Scott share photos from the set in Orange County.

Kate Mansi left Days as Abigail in 2016, and has been working steadily since. Mansi is getting excited for fans to see her latest film, Bottle Girl, directed by Joe Menendez, which she wrapped last October. Mansi, who played the title character, Zoe, shared photos and videos from the set on Instagram, and gave shout outs to Menendez and co-star Gigi Rice (A Night at the Roxbury) who played Barbara, Zoe’s mother, in the movie. The actress refers to their characters as ‘a teacher and an alcoholic’ and described her role as ‘fish out of water bottle girl’ and ‘the world’s clumsiest bottle girl’ in her posts. No specific release details are yet known.

This won’t mean much to most peeps, but we did 43 set-ups today on #TheBadSeed.

#TheBadSeed is a voracious reader!

On the set of #TheBadSeed

Ms Viola Davis
You are the epitome of class personified. You are inspiration.
Thank you.#HTGAWM

Hey #HTGAWM fans
Thank you for the warm welcome ❤️

In my trailer waiting to go on! #setlife #lifetime #backinthesaddle

My hubby @scottbaileyofficial and I working on a movie together! Having so much fun! BTW I am prego in the movie! Family love!!! #setlife #maternalinstincts

In honor of @gigimrice bday I missed a few days ago…#fbf to the time we both played characters we were nothing like (a teacher & an alcoholic). After #joemenendezdirector worked so hard to get the right shot of you passed out, we went home and sent him this video to thank him for his commitment to our characters. ?here’s to you Gigi Mamma – check my live story for more #bottlegirlthefilm #bts all day to make up for the fact that I missed your bday! ?

ADR for #bottlegirlthefilm – can’t wait for you to see this!!!

Despite all my years in dance costumes, this role marks the first time I've worn a corset…. It's difficult. But I'm loving playing this fish out of water bottle girl Zoe in #bottlegirlthefilm @marvistaent

These boots were made for ?+???#bts #bottlegirlthefilm