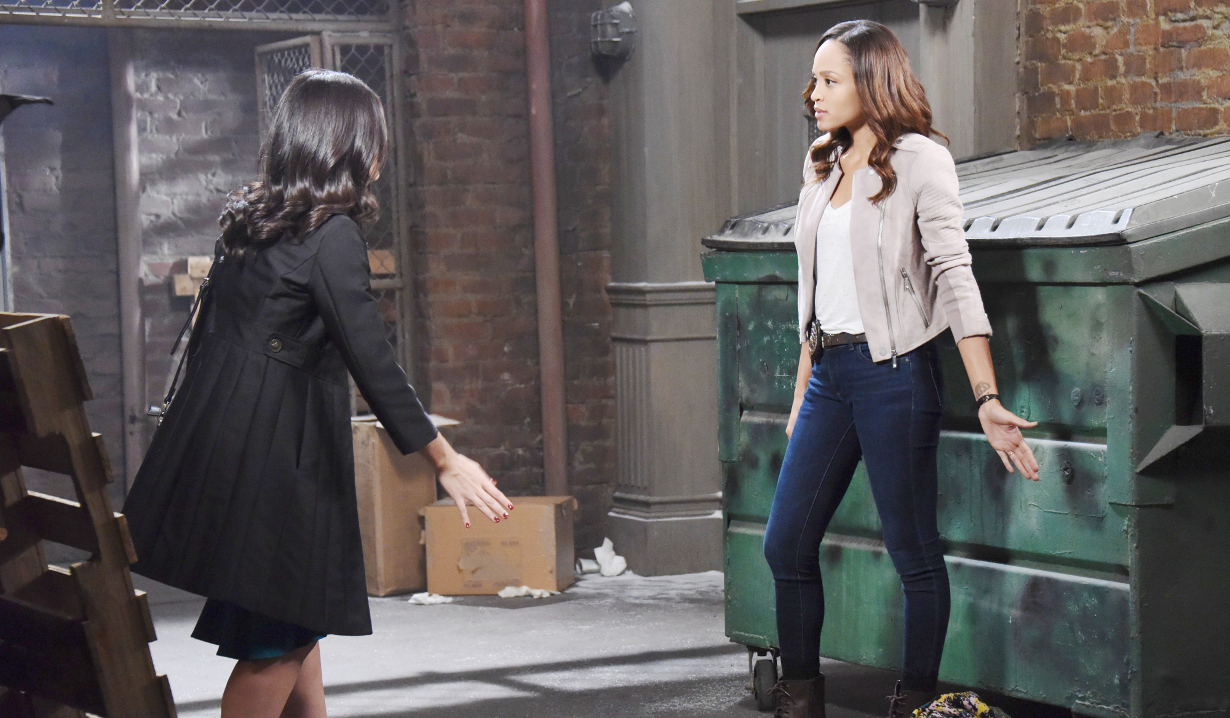 The Bold and the Beautiful:
Ridge has something to get excited about. Surprisingly, that’s thanks to Sheila. But things may not be going so great for someone else when a mystery character returns to town wishing to get a little revenge. Meanwhile, Thomas tries to show Sally how sorry he is for everything that happened, a new suspect is cornered in the hunt for Bill’s shooter, and Liam rants about his life. Check out Soaps.com’s The Bold and the Beautiful spoilers to learn who bonds over concerns about Liam.

Days of our Lives:
Brady flips out after his attempt to tie the knot with Eve fizzles. That’s far from the only marital problem around town. Chad grows increasingly paranoid about Abigail. He also stumbles onto some incriminating evidence against Stefan. Meanwhile, Stefan’s life is already getting complicated after Gabi starts opening up to him following a fight she has with Lani. But that’s only the start of the strange and uncomfortable things she has to do. Read the Days of our Lives spoilers to find out who finally kisses in Salem next week.

General Hospital:
Franco has a bumpy week in the wake of the latest chaos in Port Charles. He takes a few risky moves, one of which includes partnering up with Drew against a common foe. But this partnership may not last since the men don’t see eye to eye. Meanwhile, Nelle is starting to get maternal and a few people are getting really uncomfortable by the way Peter acts around Maxie. Although he faces some questions from Nina and Griffin, by the end of the week, Peter is getting some good news. Take a look at our General Hospital spoilers to discover who gives Sam some perspective.

The Young and the Restless:
Getting increasingly anxious, Hilary tries to push Devon to make a choice about the offer she made. This likely won’t sit well with Lily, who is still scheming against her perpetual enemy. Across Genoa City, Victoria and Abby’s schemes to destroy each other hit yet another peak. Victor may be distracted from watching the carnage in his family thanks to all the friction that JT is causing in his life. Visit The Young and the Restless spoilers to learn what happens to Nikki.