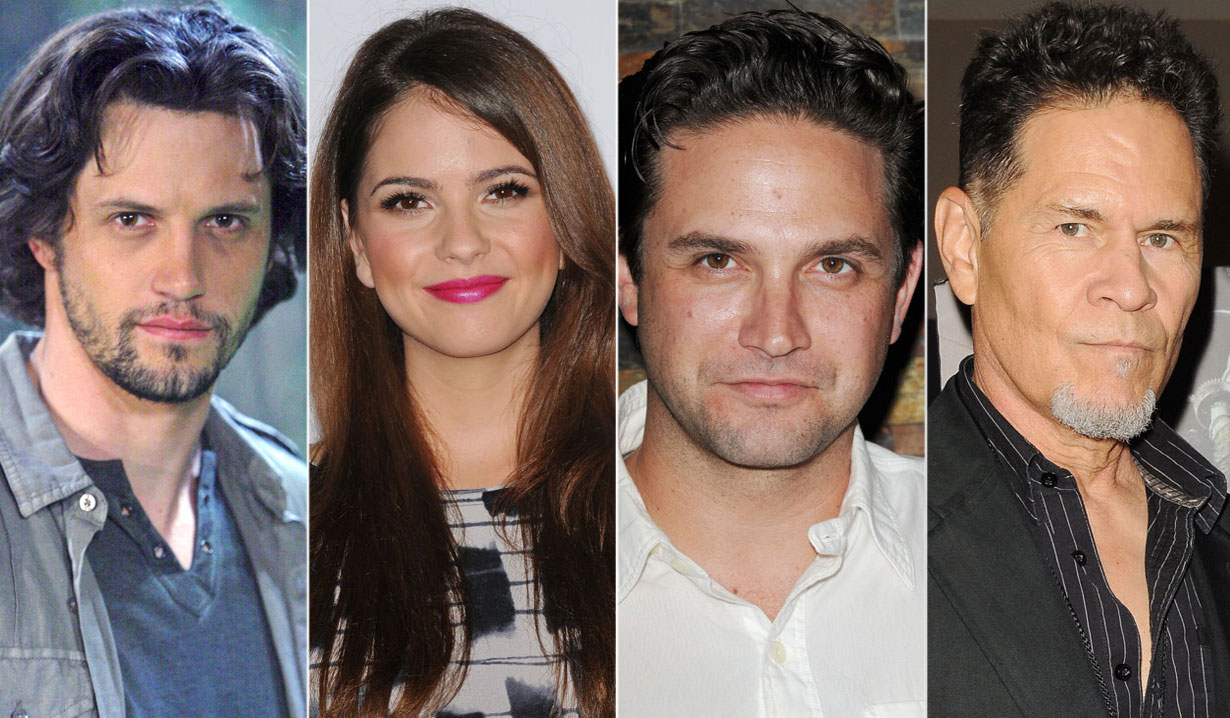 Daytime alums from General Hospital and Days of our Lives have been busy filming short films, guest spots on thrilling crime dramas, and booking roles on new pilots and reboots. Soaps.com is happy to keep fans updated on where they can see some of their favorite actors.

General Hospital alumni Nathan Parsons (Port Charles’ Ethan Lovett) has been cast as Max in the CW’s reboot of Roswell. The new version will be based in part on the original series which ran from 1999 until 2002, but also the original source material, the book series Roswell High by Melinda Metz. The original show and books focused on teens in high school, whereas the new version will center more on adults. In the reboot, Liz Ortecho (Jeanine Mason, Grey’s Anatomy) returns to her hometown of Roswell, New Mexico, and is haunted by a tragic incident. She is a biomedical researcher and the daughter of undocumented immigrants. Liz reconnects with her former boyfriend Max (Parsons), who is now a police officer with a secret of his own. Max is an alien with special abilities and has kept them a secret for his entire life, until now. Liz learns his secret and the two team up to investigate where he is from, while at the same time rekindling their romance. However, their relationship is tested when a violent attack and long-standing government cover-up indicate a far greater alien presence on Earth. The show is being penned by The Originals writer Carina Adly MacKenzie and directed by Julie Plec, who helped create The Vampire Diaries and The Originals.

Days of our Lives‘ Shelley Hennig (Stephanie Johnson) has been cast in the pilot for the ABC comedic soap False Prophets. The show takes place in the world of cosmetics marketing and was created by former Code Black writer and producer Kayla Alpert and Jason Reed, who serves as an executive producer on the show. The soap centers on a team of women in suburban Arizona who work to fight their way to the top in the cutthroat world of a multi-level marketing cosmetics firm. Hennig plays Hilary Jenkel, a former beauty queen who is in recovery after a drug habit took her out of the pageant world. She is now the single mother of a six year old girl named Lila, whose father sues Hilary for full custody of. To get her life into shape, Hilary joins a direct-sales cosmetics business and uses her pageant experience as the team’s secret sales weapon. Daytime Divas’ Vanessa Williams also stars as Suzanne.

General Hospital’s Brandon Barash (Johnny Zacchara) has been busy filming the short indie film Sedation, which also stars Sprague Grayden (24), Sally Pressman (Army Wives) and Callie Keifer (Ask Gilby). The film is directed by Robert McDermott, who previously wrote and directed the shorts Deliver Us from Evil and Necropolis. Sedation follows the story of an anesthesiologist who must fight for the custody of his only child after being blamed for a horrible accident.

Queen of the South

Days of our Lives‘ A. Martinez (Eduardo Hernandez, and Cruz Castillo on Santa Barbara) will appear in the fourth episode of the upcoming third season of Queen of the South on the USA Network. The show, which debuted in 2016, is an adaptation of the successful telenovela La Reina del Sur, which was based on a book of the same name by Arturo Pérez-Reverte. The crime drama tells the powerful story of Teresa Mendoza (Alice Braga, I Am Legend), a woman who is forced to seek refuge in America after her drug-dealing boyfriend is unexpectedly murdered in Mexico. In the process, she teams up with an unlikely figure from her past to bring down the leader of the very drug trafficking ring that forced her to go her on the run.

Twenty minutes to the #TableRead for episode 304 — about to meet a lot of excellent actors I’ve previously seen only on the screen. Feels a little like the #FirstDayOfSchool #QOTS #QueenOfTheSouth #Excited #Actors #ActorsLife

When Your Favorite Soap Character...