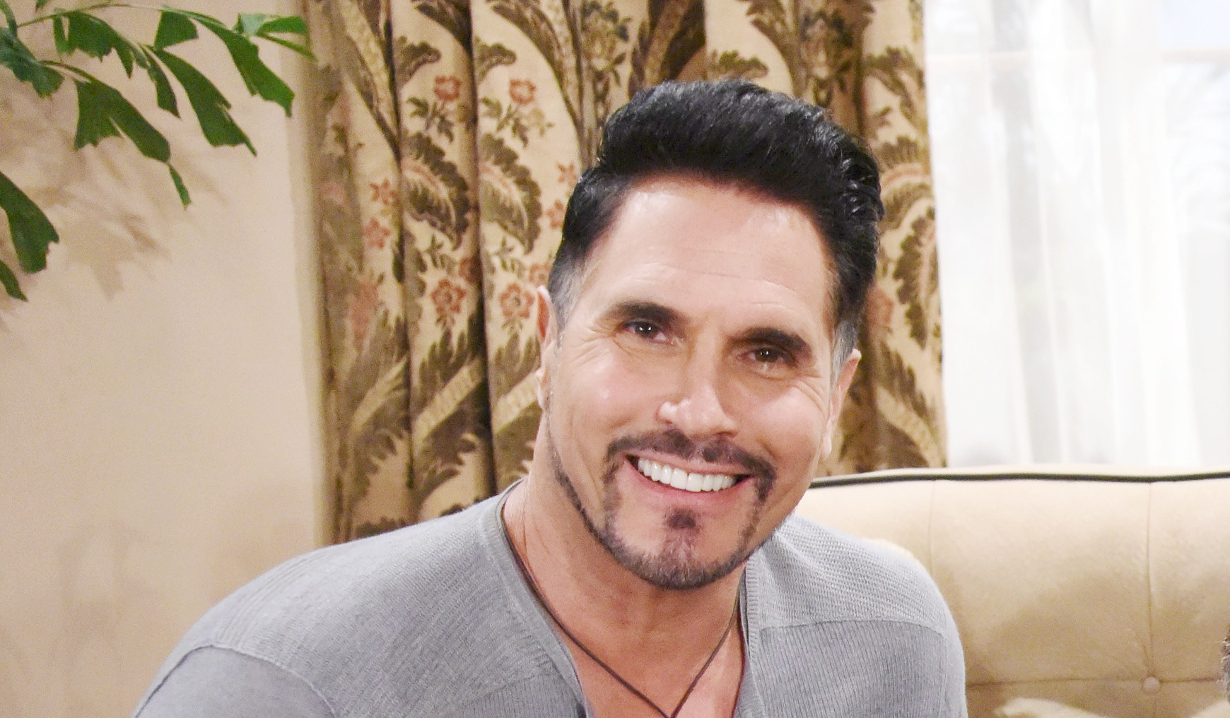 Dancing, hunting, winning, and thoughts about the future.

Soaps.com brings you all of the most recent news for The Bold and the Beautiful, Days of our Lives, General Hospital, and The Young and the Restless.

The Bold and the Beautiful:
Though he hasn’t been seen as Thorne on B&B for some time, Winsor Harmon did show up in some headlines last week. The actor was arrested for allegedly being drunk in public. In happier news, Don Diamont (Bill) shared some behind the scenes footage of his dance moves for Dancing with the Stars Italy. After checking that out, see what mischief his character was up to as Quinn declared that Bill was evil, Katie freaked out about him, and Hope wondered if Steffy deserved Liam. See all the video highlights in Soaps.com’s The Bold and the Beautiful news room. This week, you can also look forward to The Talk’s Sheryl Underwood return to B&B as Emmy. And don’t miss Candace’s take on last week. She weighs up who is most likely to kill Bill, Bill’s extraordinary hypocrisy, and how Katie and Wyatt fans were robbed a bit in the B&B blog.

Days of our Lives:
We have details and photos of Days vet Drake Hogestyn’s (John) upcoming appearance on Criminal Minds. Find out who he will play and when you can see it in our Days of our Lives news room. Then be sure to read our interview with Victoria Konefal (Ciara). She tells us about settling in at the soap and what’s ahead for her character in Salem. Also coming up, Jaime Lyn Bauer returns to Days as Laura. Plus, Christine was thrilled last week by Gabigail confronting Vivian, and also as thrilled by the possibility of Vivian and Victor having a story, but thinks that JJ has become a travesty of a character in the Days blog.

General Hospital:
Drew Cheetwood (Milo) welcomed his third child with wife Jenna. In more good news, Laura Wright (Carly) and Donnell Turner (Curtis) won $20,000 for charity thanks to their appearance on Who Wants to be a Millionaire. Of course, things were less happy in Port Charles as Felicia got frantic, Franco faced his past and Sonny tried using money to solve his problems. Get all of the video highlights from last week in our General Hospital news room. And Dustin thinks that Kim and Julian are magical, Mike’s story is effective and heartbreaking, and looked forward to what will happen when the earthquake hits town in the latest GH blog.

The Young and the Restless:
Michael Mealor has been recast as Y&R’s Kyle and will make his debut as Jack’s son at the end of March. See a different side of longtime Y&R star Lauralee Bell (Christine) when she appears as a betrayed wife in Lifetime’s Mistress Hunter. Then find out what Cait Fairbanks (Tessa) and Camryn Grimes (Mariah) had to say about the future of their characters’ relationship. Plus, Lexie Stevenson (Mattie) shared the details of her battle with Endometriosis. Get all of that in our The Young and the Restless news room along with information of when CBS soaps will be pre-empted for March Madness. Finally, Candace offers her feelings on Nick moving-in with Sharon, JT’s rather unattractive behavior, and Devon being uncharacteristically ruthless in her latest blog.

When Your Favorite Soap Character...

Stars Slaying With Bare Midriffs In The Middle Of Winter — Pics