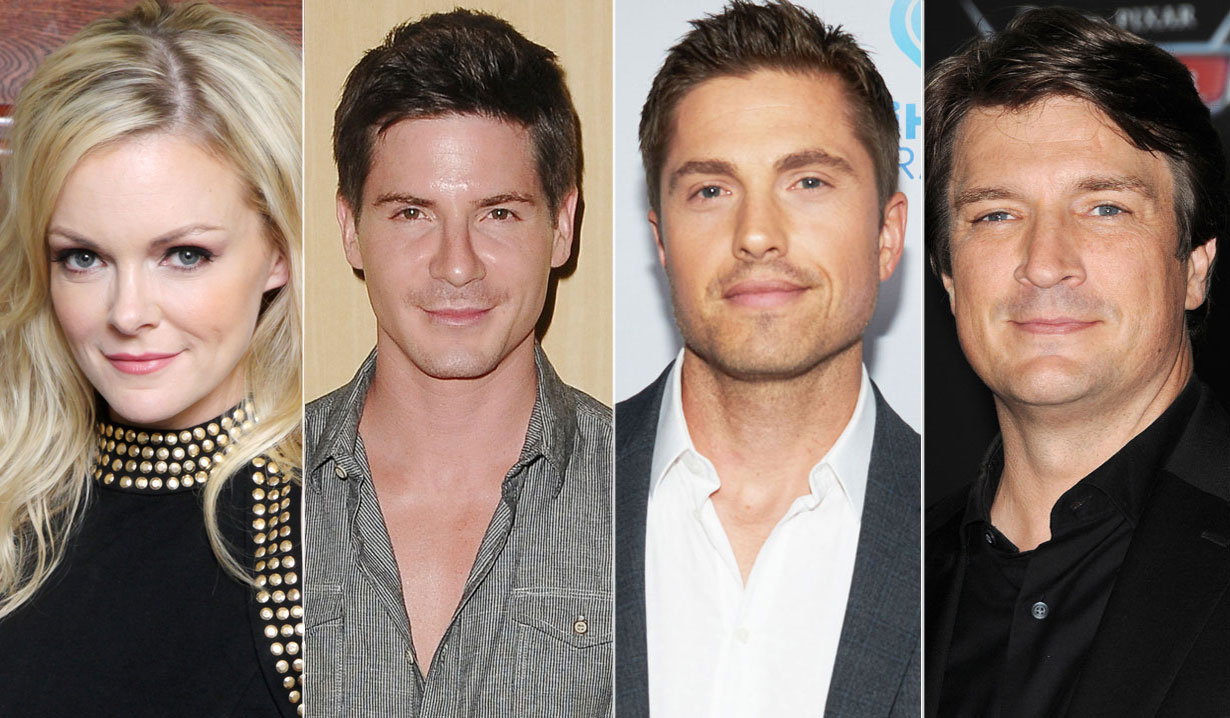 New projects outside of daytime for past and current soap stars.

Soaps.com has details for a few new projects involving various current and past soap opera actors. One is starring in a premiere CW Valentine’s Day series, two others are heading to ABC in a new cop drama, and several more have just completed shooting a dramatic film.

First up, “General Hospital’s” Robert Palmer Watkins (Dillon Quartermaine) will star as Cupid in the pilot “Cupid’s Match,” which launches on Wednesday February 14. Fans can download the CW Seed app on Valentine’s Day for the first episode, as the story surrounds a high school girl named Lila (Michel Janse) who takes a romantic journey in the supernatural world with her perfect match, Cupid, a match made by Cupid’s Matchmaking Service. However, there’s a legend that follows Cupid, who’s never been matched with anyone until now, that claims bad things will come to those who fall for him. Of his new project Watkins’ shared, “Guess who’s coming to town ❤ #CUPIDSMATCH premieres #valentineday on @cwseed @thecw so be sure to download the cwseed app to watch the first episode on Feb 14th!!!”

Next, it’s a wrap for “Days of our Lives” actress Martha Madison (Belle Black) and several soap alums who’ve finished filming “The Price for Silence.” Tony Germinario (“Seance,” “Death’s Door”), directs and has co-written the film along with Lynn Mancinelli, who also stars as Kira Flynn and Madison, who plays the role of Deanna in a dramatic film which has the lead in the story returning home in order to comfort her family after her father passes away, a family who is said to have ‘paid for her silence’. Principal photography began in early August, last summer, and also stars Richard Thomas (“It,” (TV Mini-Series) “The Waltons,” “As the World Turns,” “The Edge of Night”) as Richard Davenport, Jena Sims (“The Vampire Diaries”) as Penny, Bill Timoney (“All My Children”) as Dr. Shaw, Dorothy Lyman (“All My Children,” “Another World,” “Days,” “The Edge of Night”) as Wendy Moro, and Ethan Phillips (“Days,” “One life to Live”) as Mayor Winston. Stay tuned for the film’s release date.

More: Soaps.com’s 9 days of love in the afternoon

Sean Kanan is still recurring on “Bold and the Beautiful” as Deacon Sharpe, which has given him time to take his stand-up comedy routine to Empire City Casino in Yonkers, NY for a limited engagement. Kanan can be seen Monday February 12 and Tuesday February 13. Tickets cost $20 per person and include beer and wine from 7:00 PM to 8:30 PM. Those wanting tickets must join the Empire Club, which is free. Kanan will be meeting and greeting fans following each event.

Something else to look forward to… “Days of our Lives” alum Eric Winter (Rex Brady) has been cast opposite “One Life to Live” and “Castle” actor Nathan Fillion (Joey Buchanan) in ABC’s new series “The Rookie.” Winter will play a training officer named Tim Bradford with Fillion as the oldest LAPD rookie, John Nolan. Inspired by a true story, the series follows Nolan leaving his small town and moving to Los Angeles in order to become a cop. Following his dream leaves him surrounded by rookies twenty years younger than him as they hit the dangerous streets of LA. Stay tuned for the series premiere sometime in 2018.

Guess who’s coming to town ?❤️ #CUPIDSMATCH premieres #valentineday on @cwseed @thecw so be sure to download the cwseed app to watch the first episode on Feb 14th!!! @tongalteam @wattpad @laurenpalphreyman @kr_squared_productions

Behind the scenes on @PriceforSilence with Lynn Mancinelli, Mike Hechanova (our DP) and Paul Ilge. pic.twitter.com/Mq6FUkUZ4v

It’s starting to come together, just in time for the new year. Please follow @PriceforSilence for updates on the new film. pic.twitter.com/XKPjTJS4xh

You don’t want to miss this great night of comedy with @seankanan Feb 12 &13! Get your tix! pic.twitter.com/NXySWHiVnk