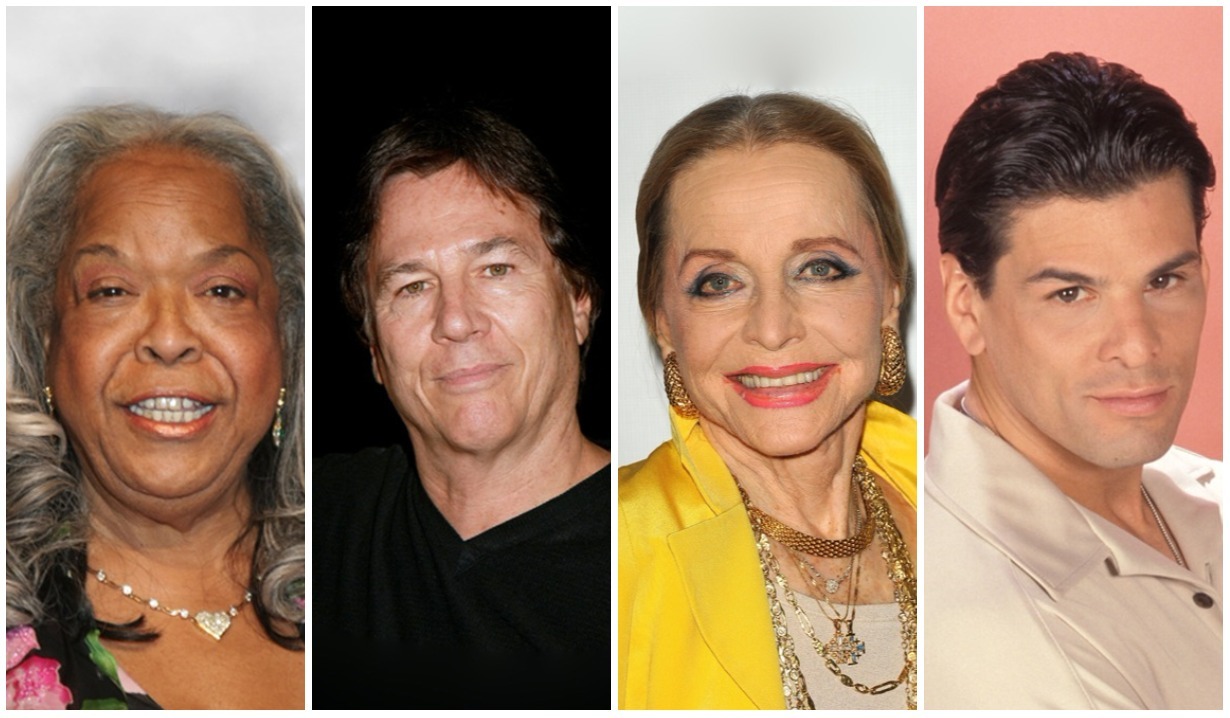 As 2017 comes to an end, Soaps.com remembers daytime alum we lost this past year, as well as a few from the very end of 2016. Relive some of the love, laughs and heartache these actors brought to the world of soaps.

As Lady Jane Jacks on “General Hospital,” Barbara Tarbuck periodically dropped in on her onscreen sons Jasper (Jax) and Jerry Jacks from 1996 – 2010. Sadly, Tarbuck died on December 27, 2016 after suffering from Creutzfeldt-Jakob disorder, a degenerative brain disease. “GH” commemorated Tarbuck’s passing in April when Jax returned to Port Charles to tell Joss her grandmother had died. She was 74.

Here’s a fun video of a drunk Jane pushing a drunk Carly and a sober Jax toward marriage.

Best known as Father Mulcahy on “M*A*S*H,” William Christopher once again took up the role of a priest when he played Father Tobias on “Days of our Lives” in 2012. The veteran actor was also an author of the book Mixed Blessings, which he co-wrote with his wife about their autistic son. He died on December 31, 2016, after suffering from non-small cell lung carcinoma. William Christopher was 84.

Best known for his role as Captain Apollo on the original “Battlestar Galactica” series in the 70s, Richard Hatch died on February 7. Before his primetime success, Hatch got his start on “All My Children” as Philip Brent and played Stephen Slade on “Santa Barbara.” Other credits included appearances on “CHiPs,” “Dynasty,” “Baywatch” and “MacGyver,” as well as a new character on the rebooted “Battlestar Galactica” in 2003. Before he died, Hatch shot scenes for the web series “Personal Space” which will air in 2018.

Relive some of Hatch’s scenes as “AMC’s” Philip in the video, which also includes commentary from him, Agnes Nixon and the actress who played his love interest Tara.

The 52-year-old former soap actor Jay Bontatibus passed away on February 12. While he also appeared on “Another World” and “General Hospital,” his most notable role was probably that of a recast Tony Viscardi on “The Young and the Restless,” who was killed when Tricia Denison accidentally ran him over with her car in 2000. He was last seen in daytime on “Days of our Lives” in 2008 as Rob McCullough. The former boxer was married to Marnie Saitta, who served as a casting director for “Y&R” and “Days.”

Watch the accident that led to Tony’s death on “Y&R.”

The actor who played “General Hospital’s” Lee Baldwin, Peter Hansen, died on April 9. Hansen appeared on both “GH” and “Port Charles” as the legal eagle from 1965 – 2004 and was nominated for a Daytime Emmy in 1979. His primetime credits included roles on “The Lone Ranger” and “Perry Mason.” The former Marine was 95.

Lee had an often-contentious relationship with his adopted son Scotty, as evidenced in the clip.

Jack Ong, who suffered from a malignant brain tumor, was 76 when he passed away on June 13. Among his many TV and movie credits, the actor played Dr. Wu on “Days” in 1993 and Mr. Yi, the grandfather of the man who married Jason and Sam on “General Hospital” in 2011 and 2012. In addition to acting, Ong was a photojournalist for the U.S. Navy in the Philippines, worked in marketing and PR, became a licensed pastor and was a member of the Chinese Historical Society of Southern California.

The Chicago theater actor had numerous TV credits to his name, including that of Lt. Burke, who questioned Tod Chandler about the murder of Cassie Burns on “Days of our Lives” from 1980 – 1981. Witt also appeared on “Kojak,” “Rhoda,” “Hill Street Blues” and “Law & Order.” He was nominated for a Tony for his work in “Death of a Salesman” in Chicago. He died on June 21 at the age of 85.

A theater tribute to Witt.

From 1976 – 2005, Mark LaMura played Erica Kane’s brother Mark Dalton on “All My Children.” LaMura also appeared in episodes of “As the World Turns,” “One Life to Live,” “The Sopranos” and “30 Rock,” as well as the film “Something Borrowed” and Broadway’s “Dinner at Eight.” One of his most memorable storylines on “AMC” was of his character’s struggles with drug addiction. The former soap actor succumbed to his battle with lung cancer on September 11. LaMura was 68.

Watch a clip of Mark telling Ellen he loves her on “AMC.”

Anne Jeffreys played Port Charles socialite Amanda Barrington from 1984 – 2004. Before that, she portrayed Amanda Croft on “Falcon Crest” and starred alongside her husband Robert Sterling as Marion Kirby in the TV show “Topper.” Jeffreys also trained to be a soprano opera singer, starred on Broadway and appeared in early westerns including “Nevada.” Her last appearance on “GH” was at Lila Quartermaine’s funeral. Anne Jeffreys was 94 when she died on September 27.

Remember when Amanda didn’t exactly approve of her granddaughter Alison’s relationship with Jamal on “Port Charles?”

Soap hopper Warren Burton died on October 2. The Daytime Emmy Award winning actor, who was honored for his role as “All My Children’s” Eddie Dorrance was 72. He also appeared on “Another World,” “Guiding Light” and “Santa Barbara.” The actor, who popped up on a few primetime shows as well, won a Grammy for Best Comedy Recording for his part in Lily Tomlin’s “This is a Recording.”

Watch scenes of his portrayal as Major Phillip Hamilton and Jack on “Santa Barbara.”

Although not in daytime, the late actor appeared in the comedy series “Soap,” which was a send up of the genre. He continued playing the same character on the spinoff “Benson” and won an Emmy for performances on both shows. Guillaume also won a Grammy for the spoken word recording as Rafiki in “The Lion King” and was nominated for a Tony for his portrayal of Nathan Detroit in Broadway’s “Guys and Dolls.” The actor, who appeared on numerous primetime series, was 89-years-old when he died from complications of prostate cancer on October 24.

Watch Guillaume in a scene from “Benson,” when his “Soap” co-star Katherine Helmond reprised her role as Jessica Tate.

Though she started her career as a jazz and gospel singer, Della Reese, who passed away on November 19, also enjoyed a successful acting career. Most notably, she played Tess on the TV show “Touched by an Angel.” Her time in Genoa City lasted two episodes when she attended Cane and Lily’s wedding as Devon’s Aunt Virginia. Reese was also the first black woman to host her own syndicated talk show, “Della,” from 1969 – 1970. She was 86.

Go behind the scenes with Reese and Kristoff St. John (Neil).

North, who played “Days'” Sandy Horton from 1967 – 1971, was also known for voicing “Scooby Doo’s” Daphne for over 30 years. The actress appeared in several primetime TV series including “The Monkees” and “Adam 12” as well as the movie “The Barefoot Executive” starring Kurt Russell. North, who died on November 30 of an undisclosed illness, met her husband Wes Kenny on the set of “Days,” as he was a longtime producer on the NBC soap. She was 71. 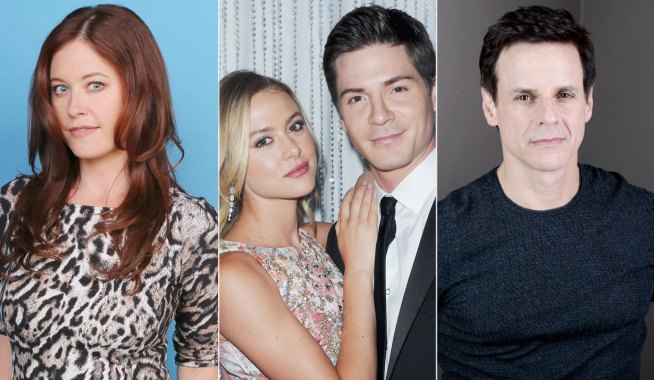 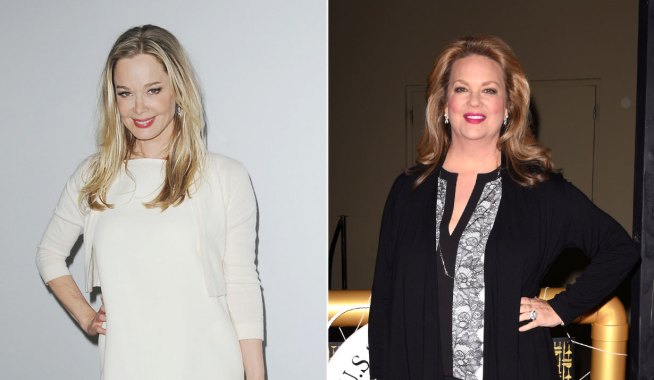