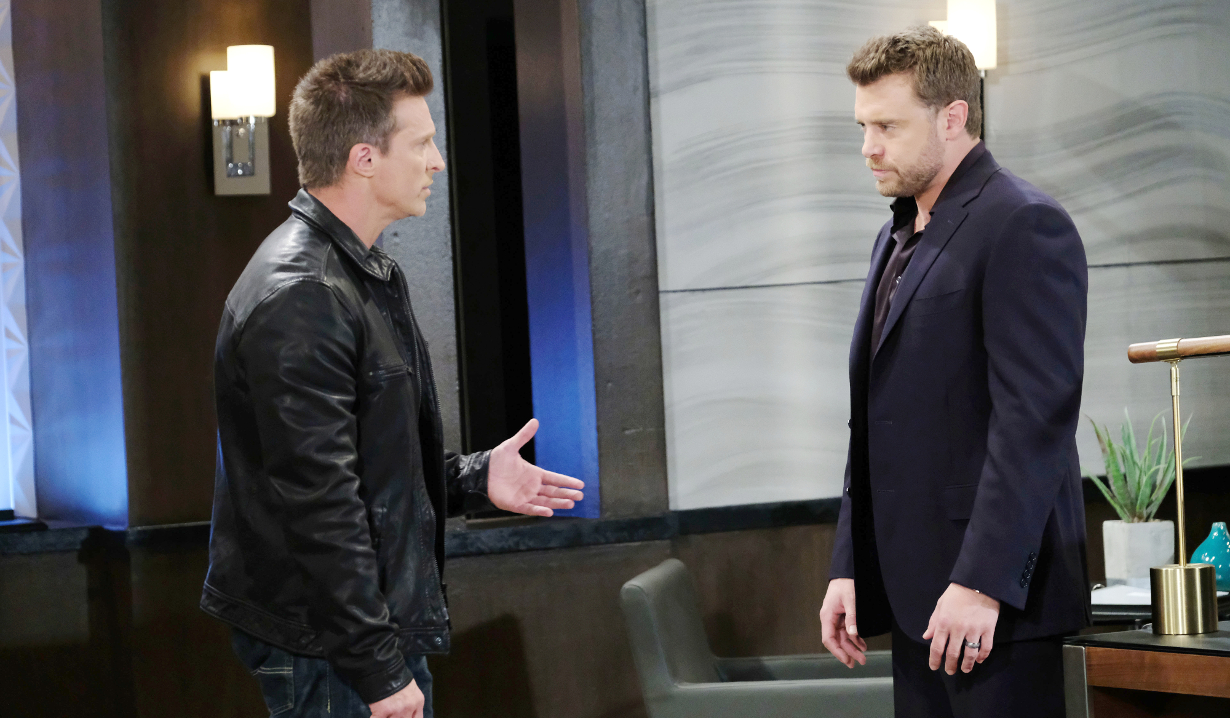 The Bold and the Beautiful:
Christmas is coming to the Forrester mansion, but before drinking by the piano can kick into gear, there are plenty of things to ruin the mood. Still gunning for Ridge, Thorne decides to pull Rick into his plan to oust his brother. Ridge is busy bragging to Bill about his latest engagement to Brooke, who could be having mixed feelings thanks to a warning from Katie. The brunette leaves the gloom behind to put a smile on Wyatt’s face. He may need one after Steffy and Liam share their big news with him. Steffy has an even harder time telling Bill, who urges her to get to the truth, even though it may ruin something. Check out Soaps.com’s The Bold and the Beautiful spoilers to learn who has a terrifying dream.

Days of our Lives:
Abe gets some bad news about Theo and things are looking bleak for JJ in Salem. Jennifer tries to push Abe to forgive her son, who seems far less willing to forgive himself. Brady is not feeling remotely forgiving toward Eve and decides it’s time to push her out of power. Will wishes Paul would be his friend, but it could get complicated since he’s also asking Sonny to remind him of their past. And Claire and Ciara disrupt a Horton family tradition. Read the Days of our Lives spoilers to find out which couple has sex.

General Hospital:
Sam finds that she’s getting pushed to the breaking point as Drew and Jason continue to battle it out. It looks like Drew has the upper hand for now. While Carly meddles in the lives of her friends, Molly is miffed yet again by one of her mother’s choices. Across Port Charles, things seem to take a turn for the better for Nelle and Laura kicks another plan into action. Take a look at our General Hospital spoilers to discover who gets an unexpected note.

The Young and the Restless:
Things are feisty rather than festive at Jabot as Ashley and Jack battle for control of the company. The board votes on who should take over as CEO, but the results could be surprising thanks to a new member. As Billy and Phyllis ponder their troubled relationships with Jack, Jackie gives Ashley something she was not expecting. Meanwhile, JT gives Victor something he’s been waiting for and the mustache offers to make a deal with Nikki. Visit The Young and the Restless spoilers to learn who comes back to Genoa City with an agenda.