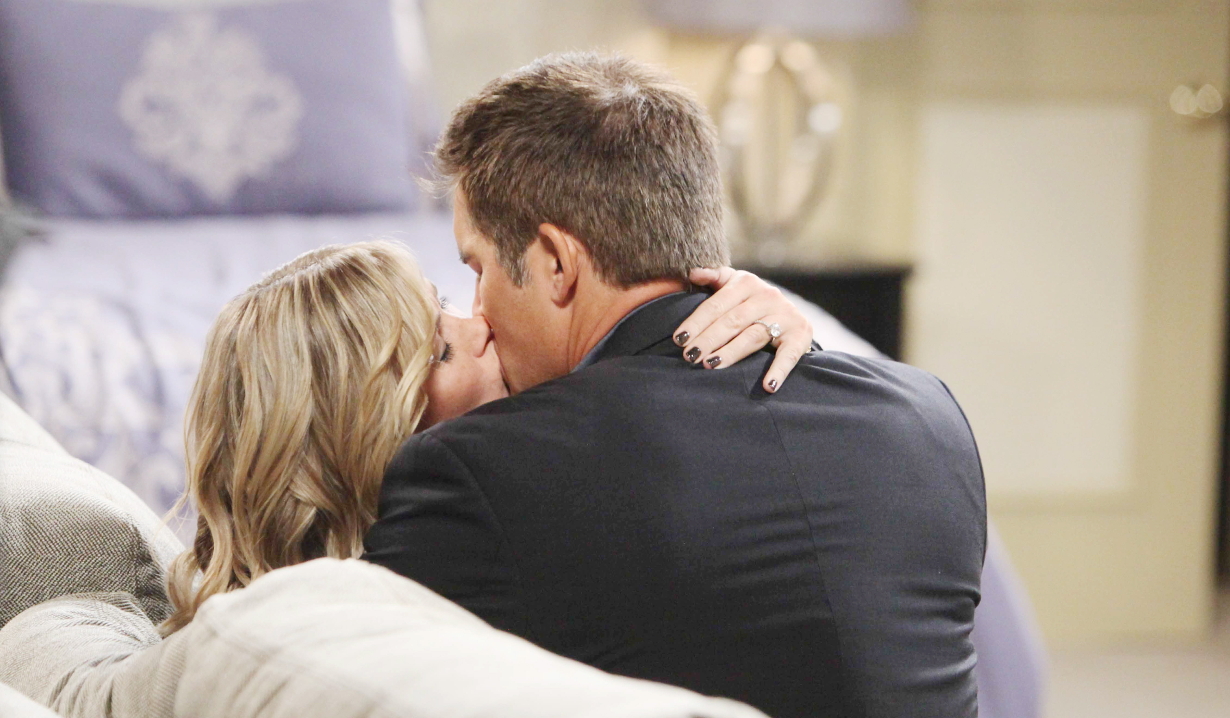 Confronted, confused, and in cahoots.

The Bold and the Beautiful:
Ridge is horrified when he discovers that Thorne is staying with Brooke. He attempts to remind her of the sexual chemistry that has consistently reunited them over the years, but his brother keeps ruining the mood. First, Thorne shows off that he’s excelling as a designer and then he confronts Ridge for betraying Brooke yet again. Across town, Quinn catches up on the gossip and Sheila takes advantage of all the latest friction in the family. Check out Soaps.com’s The Bold and the Beautiful spoilers to learn what Steffy and Bill agree to.

Days of our Lives:
Rafe and Sami share some carnal bonding. But the sexual reunion is ruined when Hope starts banging on Sami’s door. Romantic awkwardness continues as Sonny catches Will kissing Paul. Will’s whole week is awkward as he reunites with the rest of his family and they nag him to give his mom a shot. Over at the Kiriakis compound, things are getting tense as Eve tries to throw her weight around, leading to a fight with Maggie and Brady sending a PI after her. Read the Days of our Lives spoilers to find out who Ciara threatens in Salem.

General Hospital:
Sam digs deep down to make a hard choice about her life. She recruits her mother for help, but soon after making her choice known, she may start having doubts about it. Meanwhile, a package arrives in Port Charles for Josslyn that could affect the future. Across town, in the midst of Liz’s latest pronouncements, Franco tries to make things right but could get more than he bargained for. And Sonny discovers where one of his enemies is. Take a look at our General Hospital spoilers to learn who Maxie surprises.

The Young and the Restless:
While Nick is trying to move on with his life outside of his father’s shadow, Nikki wades back into Newman family problems after learning about the latest fight between Victor and Abby. Victor meddles in Noah’s life by tipping him off about Tessa and the stolen gun. More problems could arise in Genoa City after it becomes public knowledge that Kevin was in cahoots with the mustache. But the Newmans aren’t the only people fighting. It looks like things could get ugly between Jack and Ashley as they battle for Jabot. Visit The Young and the Restless spoilers to learn who has something to be happy about.