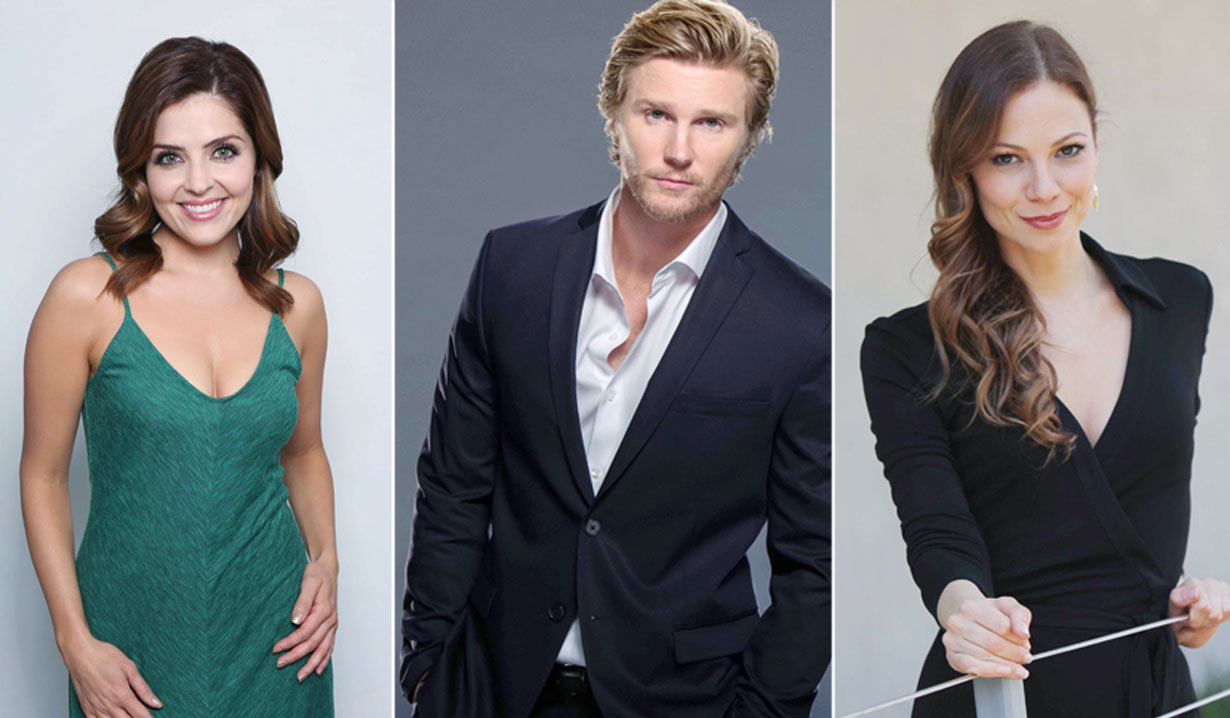 Casting news for the month of November.

November’s comings and goings on Soaps.com included another major recast on “The Bold and the Beautiful,” several big returns on “Days of our Lives,” a character’s mother returning on “General Hospital,” and a famous singer and songwriter appearing on “The Young and the Restless.”

The Bold and the Beautiful:
On “B&B,” it was announced that Annika Noelle had joined the CBS soap as the new Hope Logan, a role previously played by Kim Matula up until 2016. Ingo Rademacher debuted as the new Thorne Forrester. Obba Babatunde and Anna Maria Horsford returned as Julius and Vivienne Avant for Thanksgiving. Jennifer Gareis, who last played Donna Logan in 2016, will be returning to the show for the holidays. And Francisco San Martin departed the show and his role of Forrester Estate manager Mateo. Read Soaps.com’s The Bold and the Beautiful Comings and Goings to find out when Noelle will debut as Hope Logan, and for November’s day players.

Days of our Lives:
Ron Leath returned as Henderson, who works as the Kiriakis mansion butler. Jaime Lyn Bauer announced she’d be returning to “Days” as Laura Horton, who she last played in 2016. Robert Scott Wilson made a brief return as Ben Weston. Alison Sweeney has wrapped up taping her return and will last air as Sami Brady in December. Martha Madison and Brandon Beemer will return as Belle and Shawn Brady in early December, followed by Victoria Konefal as the new Ciara Brady. Kyler Pettis’ departure as Theo Carver may come shortly after Konefal’s appearance. Jen Lilley is returning to “Days” as Theresa Donovan sometime in the new year, while Lisa Rinna’s return to the show as Billy Reed will be a short one. Read our Days of our Lives Comings and Goings to watch James Black’s audition tape for the role of ‘Theodore (Ted) Larkin’ and learn what he has to do with Brady Black.

General Hospital:
Jennifer Bassey returned to “GH” as Quinn, the publisher for Ask Man Landers, while Hillary B. Smith briefly appeared as Nora Buchanan. Kimberly McCullough reprised the role of Robin for the holidays, and Tamara Braun debuted as Kim Nero, Oscar’s mom, over Thanksgiving week. Travis Schuldt, the original Ethan Crane on “Passions,” made a quick appearance as a plastic surgeon. Kelly Thiebaud is set to return as Britt Westbourne in December for a brief visit. Denise Alexander will be reprising the role of Laura’s mother, Lesley Webber, which she last played in 2013. Read Soaps.com’s General Hospital Coming and Goings to learn about a few day players for November, and Robert Palmer Watkins’ status as Dillon Quartermaine.

Young and the Restless:
Morgan Obenreder returned to “Y&R” as Crystal for a few episodes. Ryan Ashton, who joined the soap as Zach in May, made his final appearance. Laur Allen also made a permanent departure as Juliet. Singer, songwriter and activist Naomi Judd made a quick cameo on the show. Thad Luckinbill announced his return to “Y&R” as JT Hellstrom, who hasn’t been seen since 2012. Jess Walton is once again returning in December as Jill. Lisa Guerrero will make an appearance in December as a news anchor. Read the Young and the Restless Coming and Goings to find out who Judd played, and get a sneak peek of Luckinbill back on the set.

Photos of Soap Stars Celebrating at...