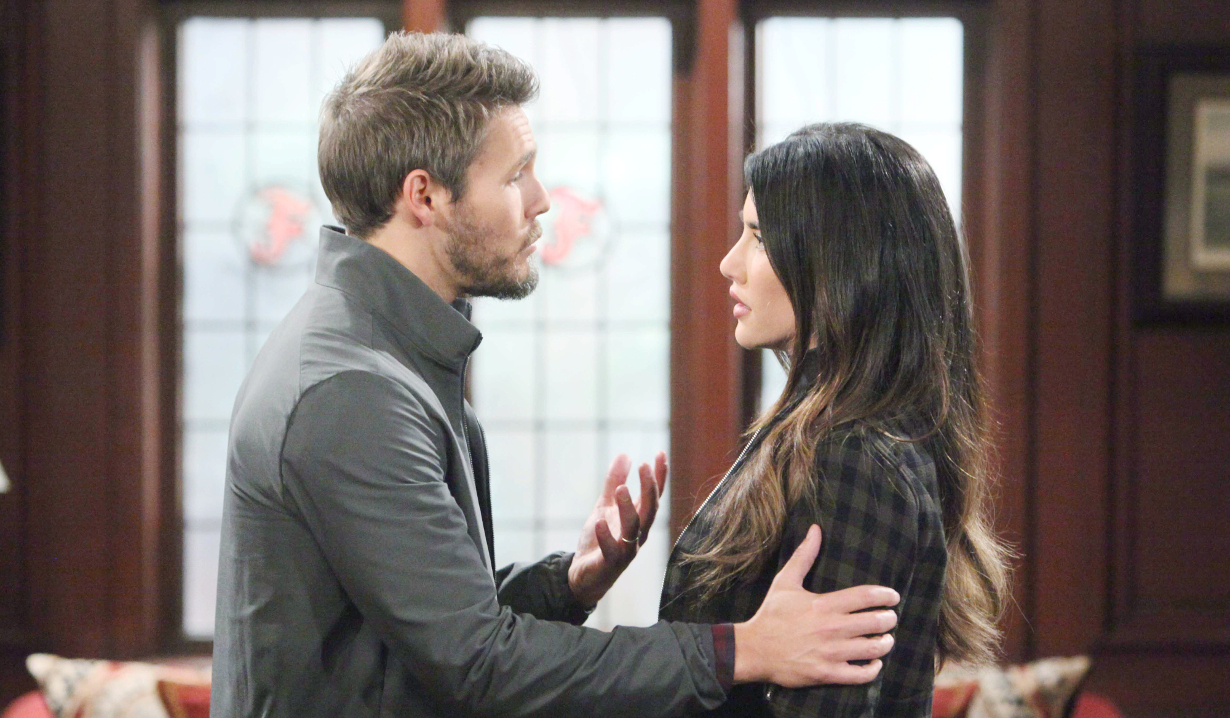 The Bold and the Beautiful:
The Spectra family watches their dreams destroyed in an explosion. Upsetting as that is, it might not be as awful as what Bill feels when he learns that Sally and his son were in the building when he blew it up. Bill and Steffy rush in to save them. Though she works hard to restore his relationship with Liam, she has some serious doubts about her ongoing marriage to him. But Wyatt becomes even more devoted to his father and wastes no time making that clear. Check out Soaps.com’s The Bold and the Beautiful spoilers to learn who has reassuring words for Sally.

Days of our Lives:
Eve’s return to Salem continues to ruffle feathers among the Kiriakis clan. While Brady tries to pin Deimos’ murder on her, Paul makes a confession to Sonny. That revelation comes as Rafe and Sami get some shocking news about Will. Across town, Theo’s plans for Claire fall apart while Tripp’s feelings for her continue to grow. And Kate gets curious after eavesdropping on a conversation between Kayla and Steve. Read the Days of our Lives spoilers to find out who Chad confronts.

General Hospital:
Alexis goes looking for advice. Her situation gets so bad that she winds up turning to Ava for help. Miss Jerome is actually having a pretty good week and she seems to be the only one. Nina has a lunch date with Cassandra. The discomfort of that may not be as intense as what Finn is feeling. Meanwhile, Maxie remains unamused and Nathan continues helping Amy as her brother arrives in Port Charles. And Monica makes her plans clear to those around her. Take a look at our General Hospital spoilers to discover who hires Curtis to investigate Patient Six.

The Young and the Restless:
Jack starts trying to restore a bit of peace in the family as a drunken Billy stumbles around Genoa City. He shacks up with Cane and Juliet, but things are even more awkward with the Newmans, who lurch from one disaster to the next. As Nick wonders whether he should just cut and run, Chelsea starts to feel threatened when Hilary claims she’s going to expose some facts. And Abby asks Zach to move in with her, but that might quickly lead to an unpleasant surprise. Visit The Young and the Restless spoilers to learn who digs for dirt on Jordan.