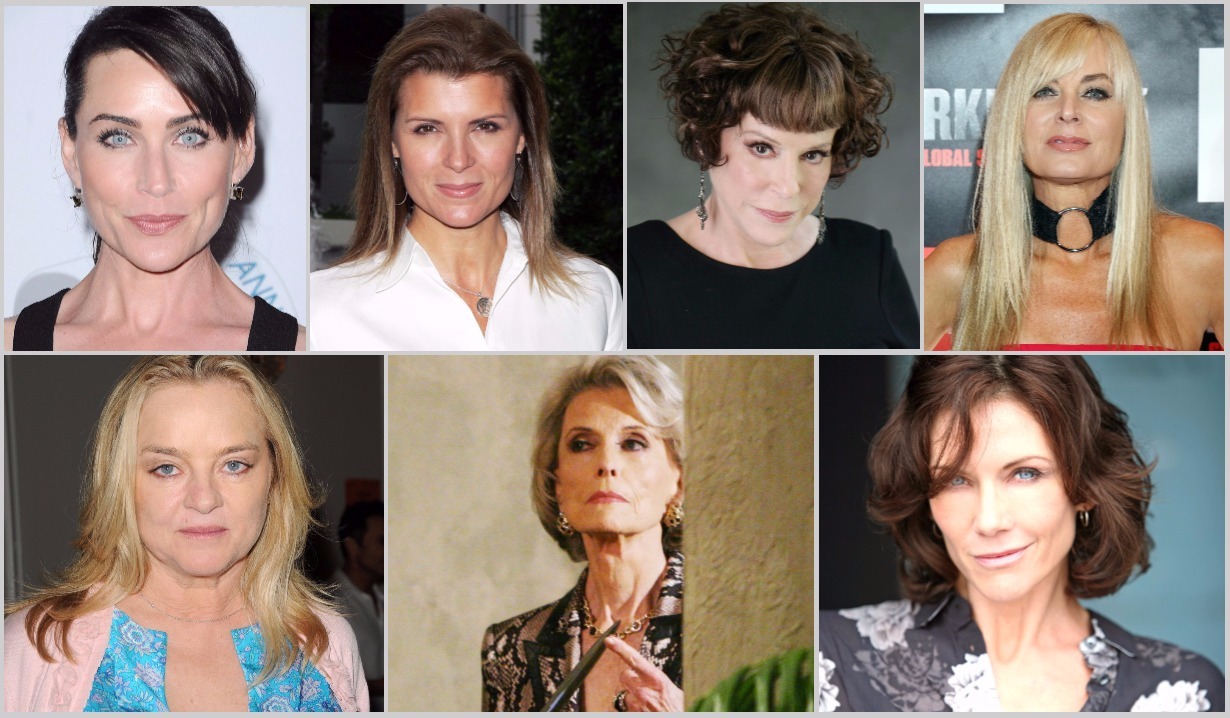 The crazier the better for soap opera villains.

With the Halloween season upon us, Soaps.com recently looked back at some of the ruthless men of soaps who’ve made us tremble over the years and thought it was the perfect time to look into the twisted, demented and downright scary minds of some of soaps most infamous female villains. From the standard kidnappings and DNA switches to the more, shall we say, creative ways they’ve lashed out at their enemies, we recall a few highlights from our favorite diabolical ladies from soap operas from Bold and the Beautiful, Days of our Lives, General Hospital, and Young and the Restless.

Bold and the Beautiful & Young and the Restless

Sheila Carter pulled double duty causing mayhem in both Los Angeles and Genoa City. Her legendary reign began with the torment of Young and the Restless‘ Lauren Fenmore over Scott Grainger’s affections, as she drugged Scott, pulled a baby switch and kidnapped, attacked and tried to kill Lauren on several occasions. She even had plastic surgery so that her resemblance to Phyllis Newman would be an asset in her plan to steal Lauren’s baby Fenmore Baldwin. Over in the fashion world on Bold and the Beautiful, Sheila turned her dangerously romantic obsession over to Eric Forrester, which led to her trying to kill Stephanie Forrester, threatening baby Thomas Forrester’s life and kidnapping a slew of L.A.’s finest, including Amber Moore, Ridge Forrester, Nick Marone and Brooke Logan Forrester. Her most recent stint in L.A. (with her never mentioned restored face) has her laser focused on getting rid of Eric’s new wife Quinn Fuller Forrester and replacing the portrait of Quinn that is proudly displayed in the mansion with one of her own. 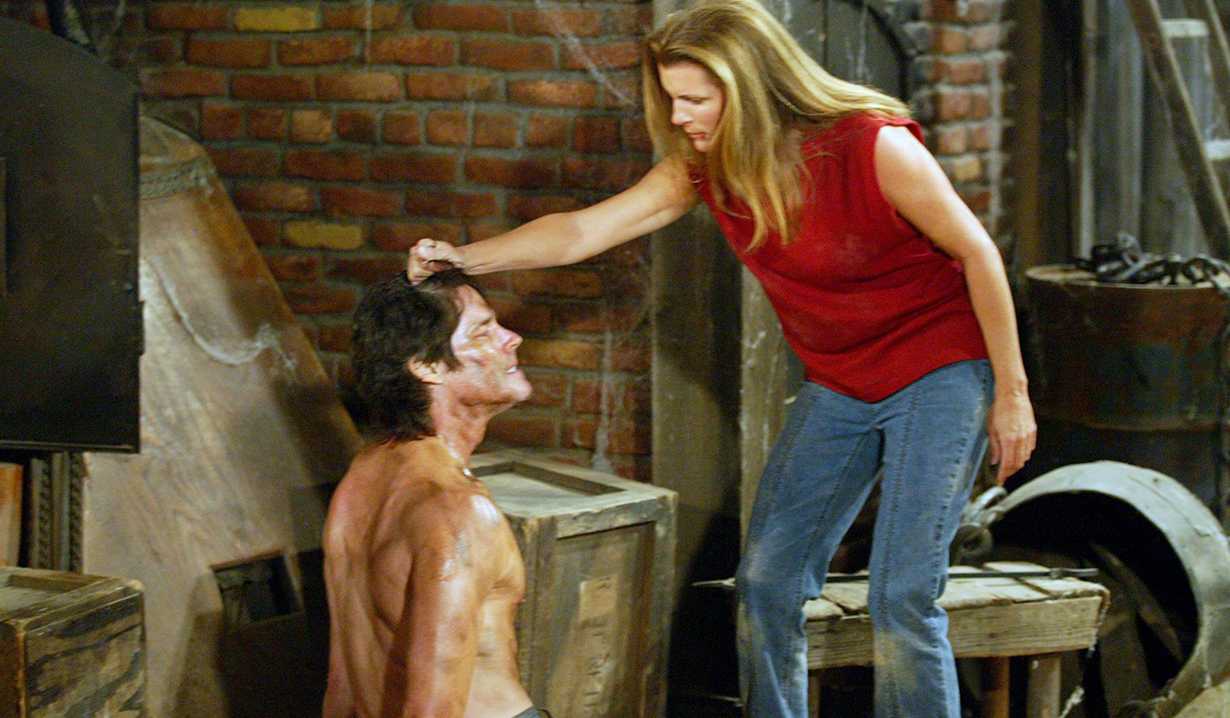 Remember when the worst thing Quinn Fuller did was let her son Wyatt Fuller think his father was dead for a couple of decades? That was nothing. Since then, she has taken the protective mother routine a bit far by doing what she deemed necessary to keep Hope Logan and Steffy Forrester away from Liam Spencer so Wyatt could be with them. (At different times, of course.) That included trapping Liam in a sauna and threatening to impale him with a sword, as well as tricking him into a sexual relationship with her when he had amnesia and pushing Deacon Sharpe off a cliff when he discovered what she was up to. In the ensuing years, she’s fallen in love with Eric Forrester, which seems to have quelled her craziness, but with Sheila Carter after her, who knows what darkness could be triggered again in Quinn. 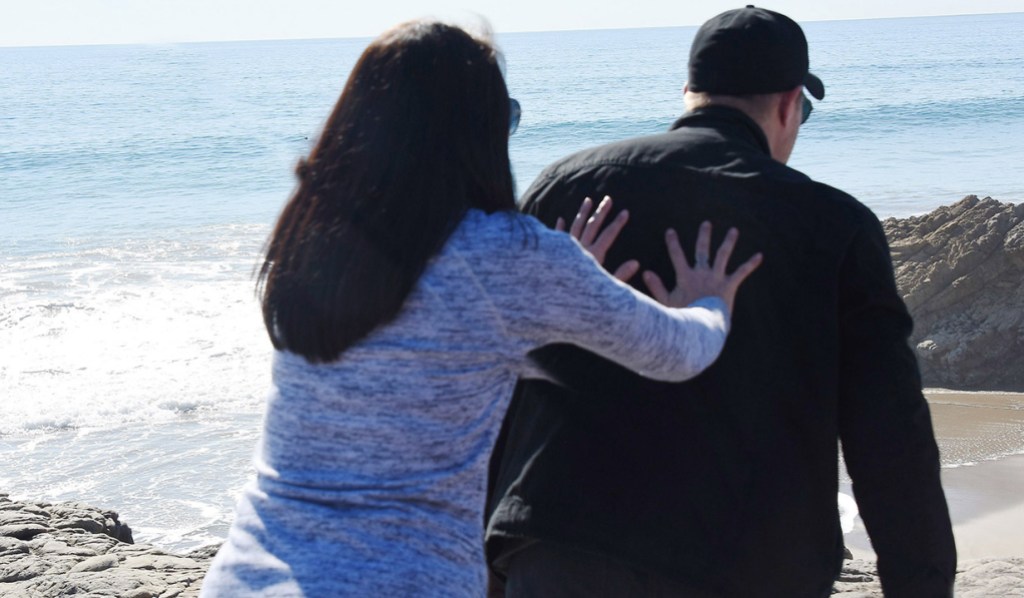 Vivian Alamain’s signature move was to bury alive her nemeses, specifically Dr. Carly Manning and Kate Roberts. Other questionable actions included letting Carly believe her son Nicholas Alamain, was dead, while hiding him in plain sight; killing Carly’s patients in order to set her up (Vivian was under the adverse influence of herbs, but, still); and her other infamous move of switching embryos so she’d be implanted with Kate and Victor Kiriakis’ baby, which resulted in her giving birth to Philip Kiriakis. She’s been off canvas for a while now, but with Vivian always returning to Salem, the women of Salem should probably keep emergency bottles of water, stashes of food and breathing tubes handy just in case. 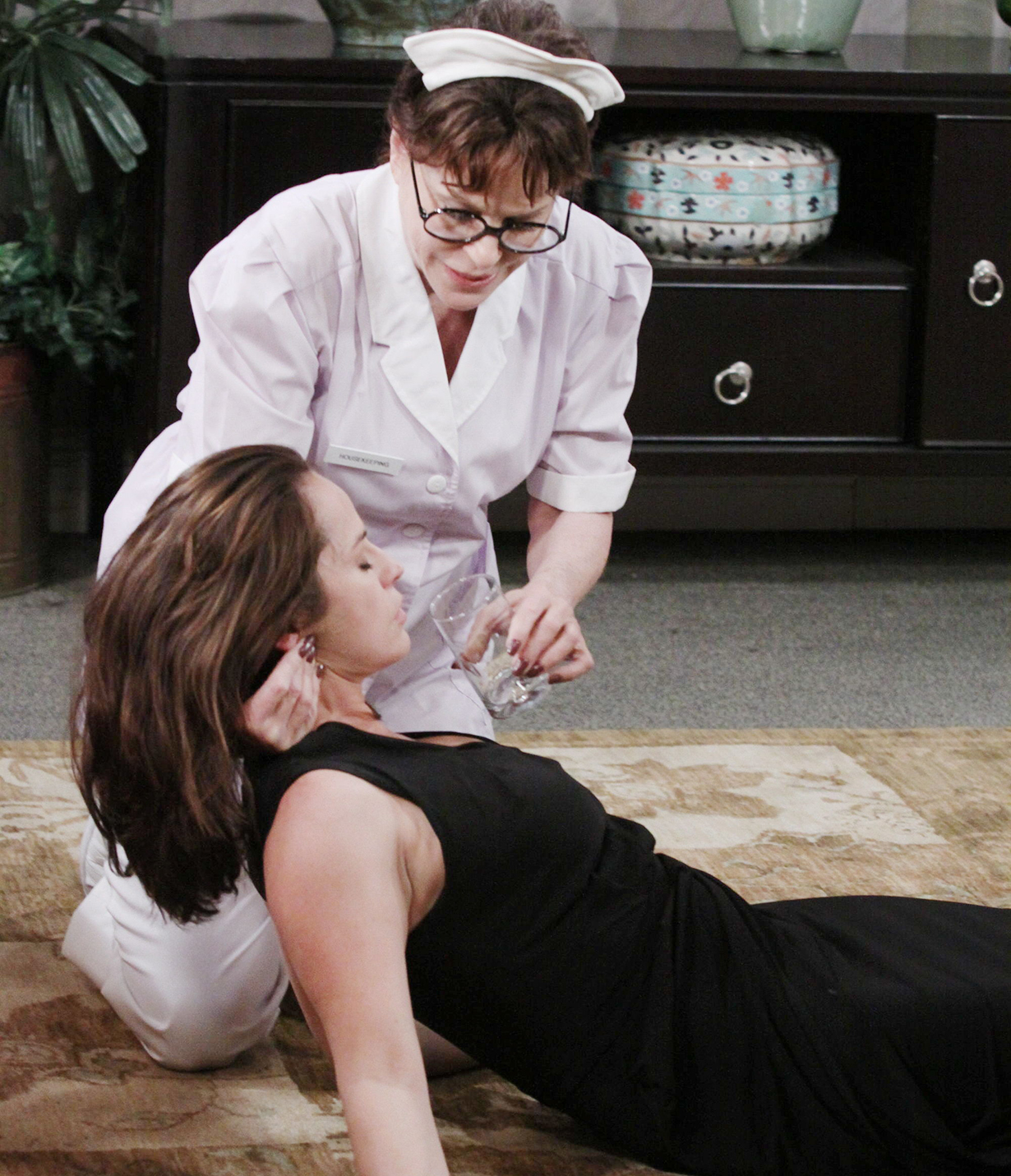 Kristen Blake Black DiMera used to be such a good person, she really did, but upon discovering the heart of John Black still belonged to Dr. Marlena Evans, and not her, all bets were off. She began living up to her family’s dastardly name when she helped Stefano DiMera kidnap John’s beloved Doc. She then faked a pregnancy, had Laura Horton’s memory wiped when she discovered the truth and bought baby Elvis, a.k.a. EJ DiMera, from Susan Banks to pass off as her own. She also let people believe she died and took over Susan’s identity, whom she sold to a harem. In recent years, Kristen vengefully seduced John’s adult son Brady Black; drugged and raped Marlena’s son Eric Brady, who was a priest at the time; and made Vivian’s stolen embryo job look like child’s play (pun intended) by ripping Brady and Theresa Donovan’s embryo straight from Theresa’s womb and implanting it into her own. We can’t even imagine what she’d have up her sleeve should Kristen return once again as Kristen. 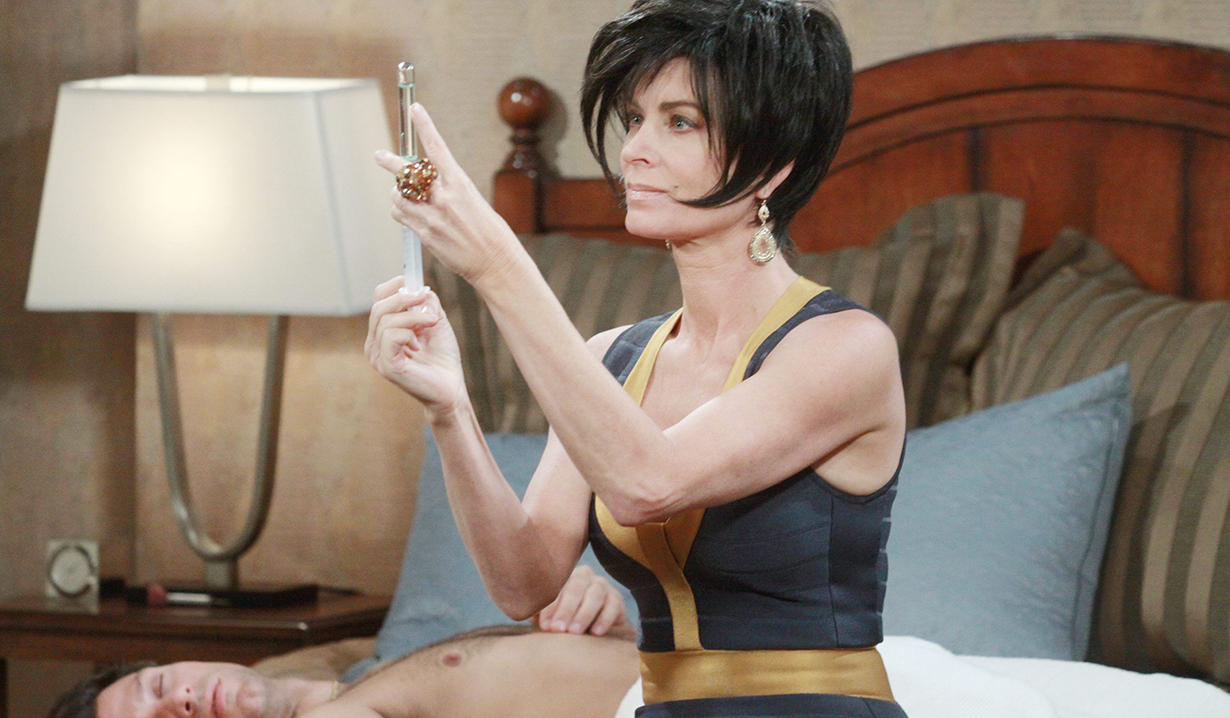 Where to start with Heather Webber? To name just a few of her evil doings, she sold her baby Steven Lars on the black market; attempted to kill Edward Quartermaine, while succeeding in killing a couple of other people; switched Sam Morgan’s baby’s paternity results; held Luke Spencer captive, as well as Carly Corinthos and many other residents for that matter; shot her obsession and son Robert “Franco” Frank; and of course was mixed up in the Drew/Jason Quartermaine baby debacle. These days she is institutionalized and takes the occasional visit from Franco, while continuing to jones for a BLT from Kelly’s. But it’s never wise to count Heather out. 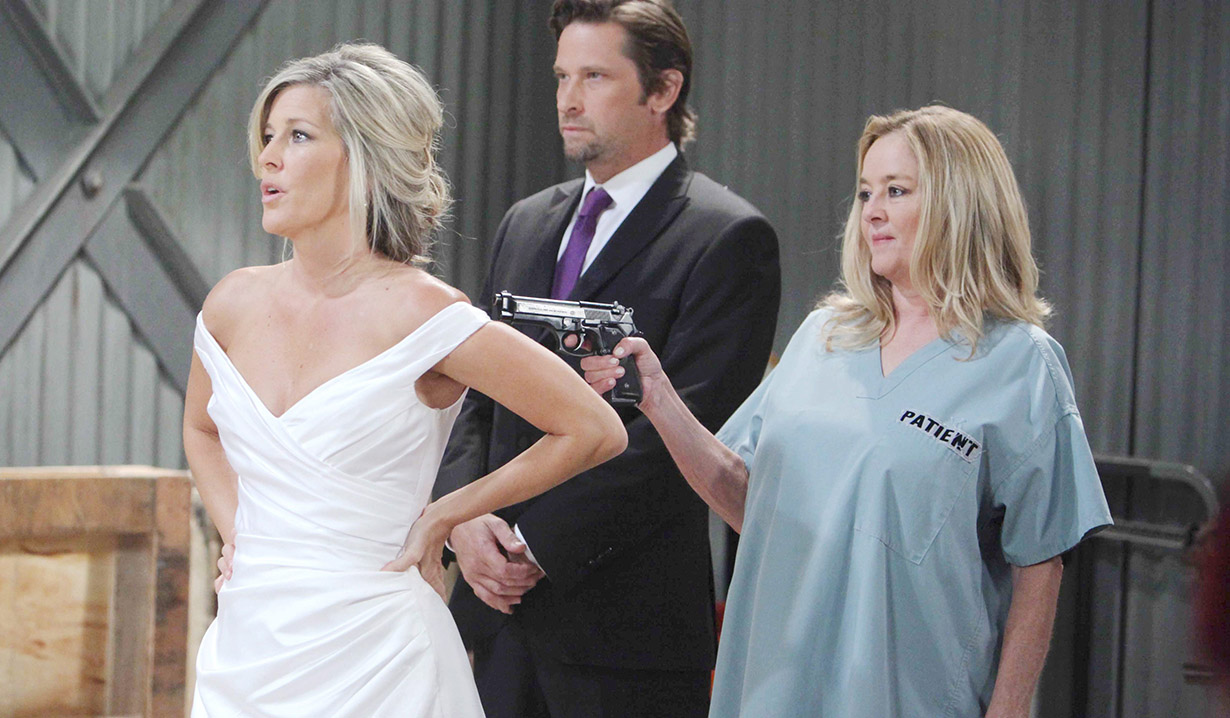 Helena Cassadine has a committed a litany of crimes against the good people of Port Charles, but her main targets were the Spencer family, as she kidnapped and brainwashed Lucky Spencer, continually tried to seduce and/or kill Luke Spencer and created her own Spencer/Cassadine heir unbeknownst to the biological parents Lulu Spencer Falconeri and Valentin Cassadine. When she wasn’t torturing the Spencers, her other favorite pastime included harassing illegitimate stepdaughter Alexis Davis, whose mother she killed, and nephew Nikolas Cassadine, whom she claimed to love. Helena’s brand of evil was so special it continued to do harm despite her being assumed dead. 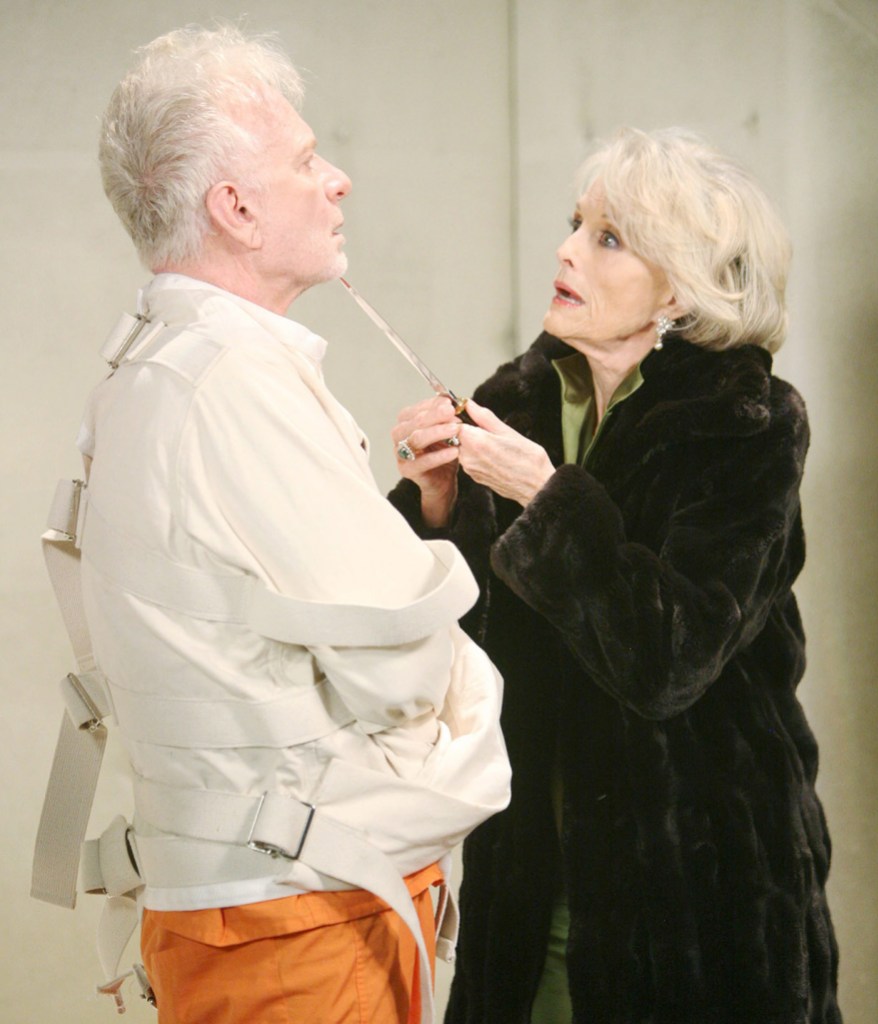 Kicking off her mental unraveling, Patty Williams shot her philandering husband Jack Abbott and then needed therapy to recover the memory of it. She left town, but returned upon Victor paying for plastic surgery to change her face during one his many plots against Jack. Oh, and her best friend happened to be a stuffed cat named Mr. Kitty, so, she wasn’t exactly playing with a full deck. Her crimes upon her re-entry into Genoa City society included, but weren’t limited to, causing Summer Newman to go into anaphylactic shock; kidnapping Colleen Carlton, an event that led to the young woman’s death; shooting Victor Newman; tormenting Jack, obviously; and telling Nick Newman that his ex-wife Sharon Newman’s baby was actually his and Sage’s. That last one wasn’t technically a crime, but she didn’t reveal the truth until after she made Sharon suffer. What fun would that be otherwise? Patty currently remains safely locked up in an institution. For now, anyway. 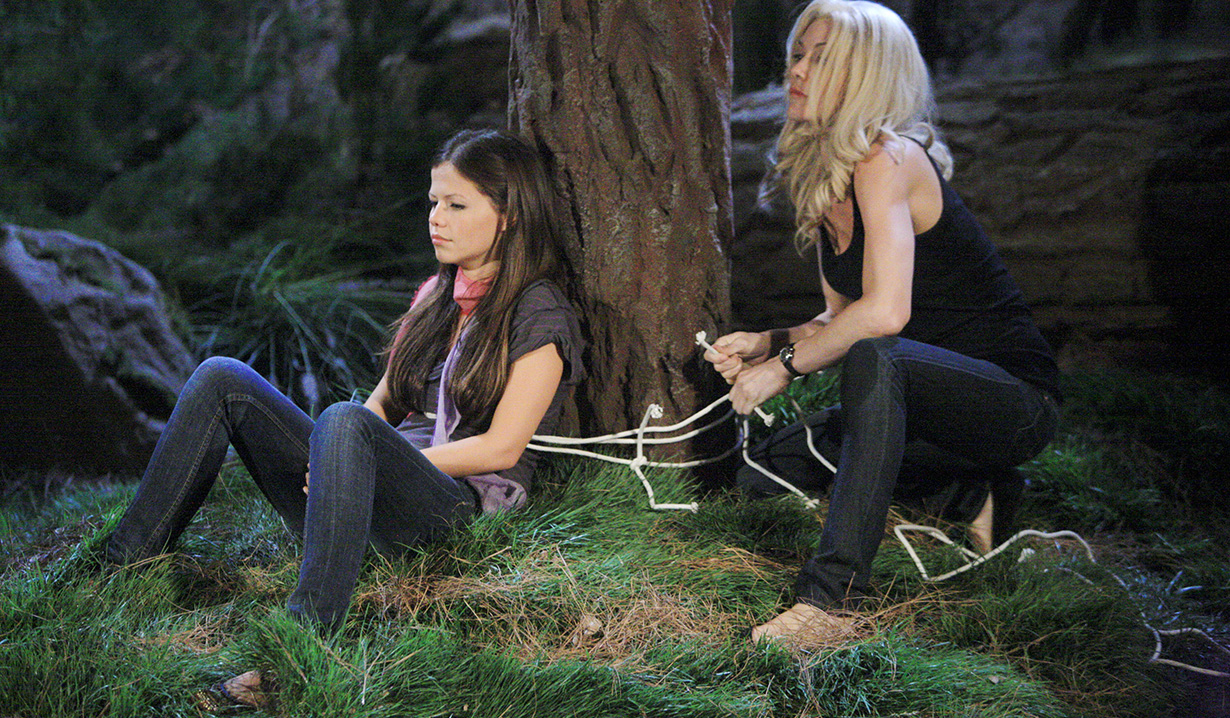 Who is your favorite crazy female villain on soaps? Tell us below!