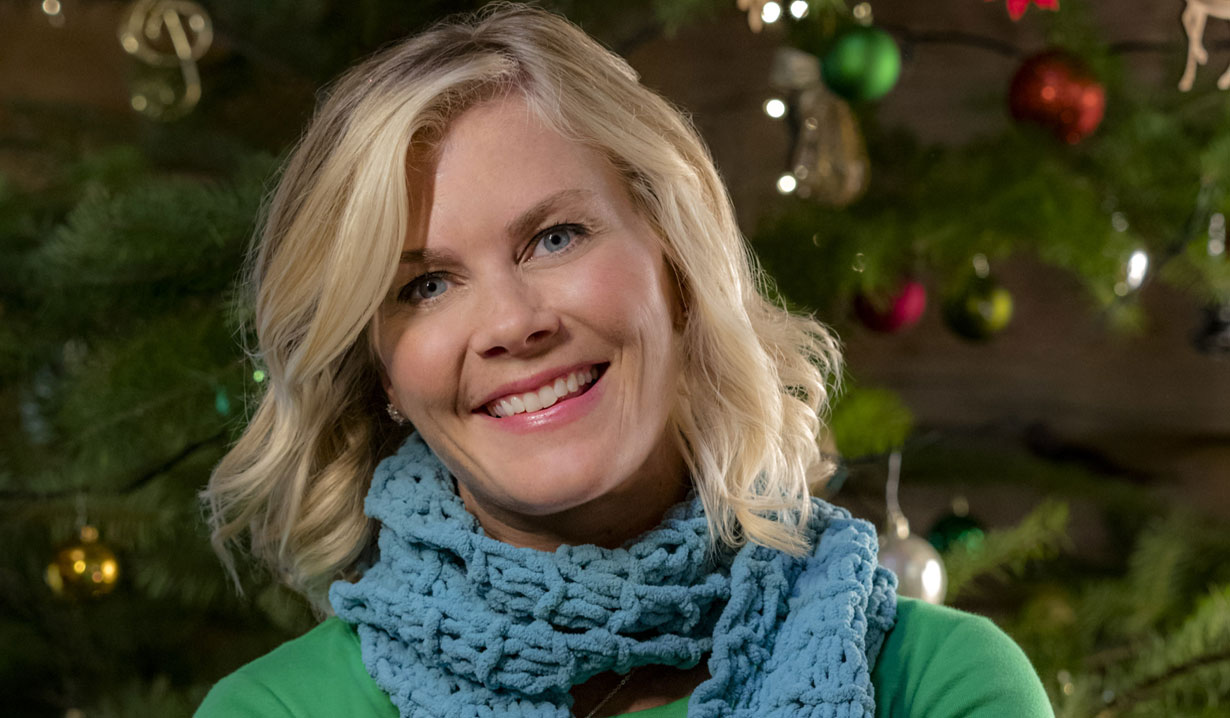 Closing out the holidays with romance and a trip to the North Pole.

Earlier this month Soaps.com brought readers details for Hallmark’s Five Night Thanksgiving movie special, which consisted of new Christmas movies leading into the last leg of the network’s Countdown to Christmas event. Please take note of the schedule for the final movie premieres, which includes past and present soap stars, to wrap up this year’s fun.

Disclaimer: Network videos below may not be viewable outside the US and some of the titles may have since been changed from their initial stages.

Christmas in Evergreen.
The residents of Evergreen, Vermont take care of each other and believe if you make a wish upon the snow globe in the local café it’ll come true – if the wish is sincere. Though the town veterinarian wishes she and her longtime boyfriend will have the most romantic Christmas ever, things take a turn when she meets a businessman and his daughter, who made a wish of her own. Ashley Williams (“As the World Turns'” Danielle) stars as Allie with Holly Robinson Peete as Barbara, Teddy Sears (“One Life to Live’s” Chad) as Ryan and Barbara Niven (“One Life to Live’s” Liz) as Carol. Tune in to “Christmas in Evergreen” on Saturday December 2 at 8:00 PM. from her parents and makes a new tradition of spending every holiday there. The Inn is also a home away from home for others, as well as a refuge to those who can’t make it home for the holidays. When Sophie meets an unforgettable family, her life will be changed forever. Jordan Bridges and Sheryl Lee Ralph (“Search for Tomorrow’s” Laura McCarthy) also star. Watch “Christmas at Holly Lodge” on Sunday December 3 at 8:00 PM. aside, which is unlike her, to attend her friend Ava’s Christmas Eve wedding. After she and her old flame Ean (Steve Lund) reconnect, they decorate the cottage for the newlyweds’ honeymoon, a special cottage that is said to bring true love to those who stay there – and it isn’t long before Lacey and Ean’s chemistry returns. Tune in for “The Christmas Cottage” on Saturday December 9 at 8:00 PM.

Sharing Christmas.
Anna works for a New York City real estate development company that attempts to buy an old building in a prime location but hits a roadblock when one tenant, Michael, the owner of an old-fashioned Christmas shop, holds out. Though Michael is very protective of his family’s legacy, the shop’s sinking profits push him to sell. However, before he does so, Anna agrees to work in the store for one week and if she doesn’t realize why the place is so important, he’ll agree to her terms. In the end, the choice between the store and her company’s need to own the building, lead to one of her best Christmases ever. “Sharing Christmas” premieres Sunday December 10 at 8:00 PM.

Christmas Next Door.
A famous author of bachelor lifestyle books named Eric (Jesse Metcalfe, “Passions’’ Miguel) has no choice but to babysit his young niece and nephew over the holiday season. After he seeks help from his neighbor April (Fiona Gubelmann), a huge fan of Christmas, not only does Eric learn about the holiday spirit he finds love in the process. Tune in to “Christmas Next Door” on Saturday December 16 at 8:00 PM.

Romance at Reindeer Lodge.
A group of adults from all over the country refuse to take part in any holiday events. Two of them, Molly (Nicky Whelan) and Jared (Josh Kelly, “One Life to Live’s” Cutter), arrive at their destination and discover it’s a Christmas themed ranch named Reindeer Lodge. Though the group is none too happy, they are forced to stay, due to the lack of departing flights. As Molly and Jared fall in love, everyone else begins to discover that the holidays aren’t so bad after all. Soap alum Lindsay Hartley (“Passions’” Theresa, “Days’” Arianna, “All My Children’s” Cara) also stars. Tune in to Hallmark Movies and Mysteries channel for “Romance at Reindeer Lodge” on Sunday December 17 at 9:00 PM.

Christmas Getaway.
Travel writer Emory grew up bouncing around the globe with her vagabond parents and never had a traditional Christmas. After a sudden breakup with her boyfriend, Emory sets out on the planned getaway for two, alone, in order to relax the holiday away. She arrives at the rental to find it’s been double-booked and is forced to share the cabin with a widower named Scott, his daughter and mother-in-law. Never did she imagine that the annoying inconvenience would turn into a romantic Christmas, one they would all cherish forever. “Christmas Getaway” premieres on Saturday December 23 at 8:00 PM.

When Calls the Heart: The Christmas Wishing Tree.
Fans will get a sneak peek into 2018’s season five of the Hallmark original series through When Calls the Heart: The Christmas Wishing Tree, starring former “The Bold and the Beautiful” and “General Hospital” actor Jack Wagner (Nick Marone, Frisco Jones) and “The Edge of Night” alum Lori Loughlin (Jody Travis), plus Erin Krakow, Daniel Lissing, Martin Cummins and Kavan Smith. Tune in for the movie special on Monday December 25 at 8:00 PM. photographer Robin has always sat out during the annual ‘New Year’s kiss’. When she teams up on a project with a new hire named Todd, Robin confesses having never shared a kiss with anyone at the stroke of midnight, which leads him on a quest to find her that special someone to kiss this year. In the end, Robin does find the right man, one hand-picked by Todd. “A Royal New Year’s Eve” airs Saturday December 30 at 8:00 PM.

A little #BTS glam for a piece that I’m excited to share with you guys! Stay tuned for more. ? #BTS #ChristmasAtHollyLodge

Just wrapped filming our movie, “Christmas in Holly Lodge” for @hallmarkchannel . So grateful to work with such talented actors & good friends! Thank you @realcrystallowe @jord_bridges & @toby_levins ! Can’t wait to share with you all our holiday fun! #HollyLodge #hallmarkchristmas ?☃️?

Such an amazing week working with these talented actors. Thank you for making #HollyLodge shine @diva3482 & @jord_bridges . ??

I’m hard at work on the set of #HollyLodge #BTS ? #ChristmasAtHollyLodge @HallmarkChannel ✨ 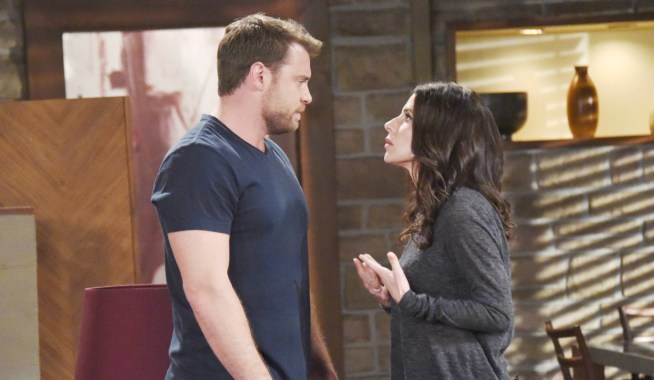 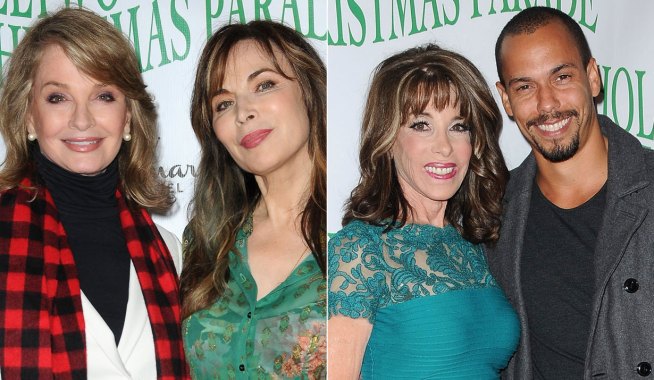