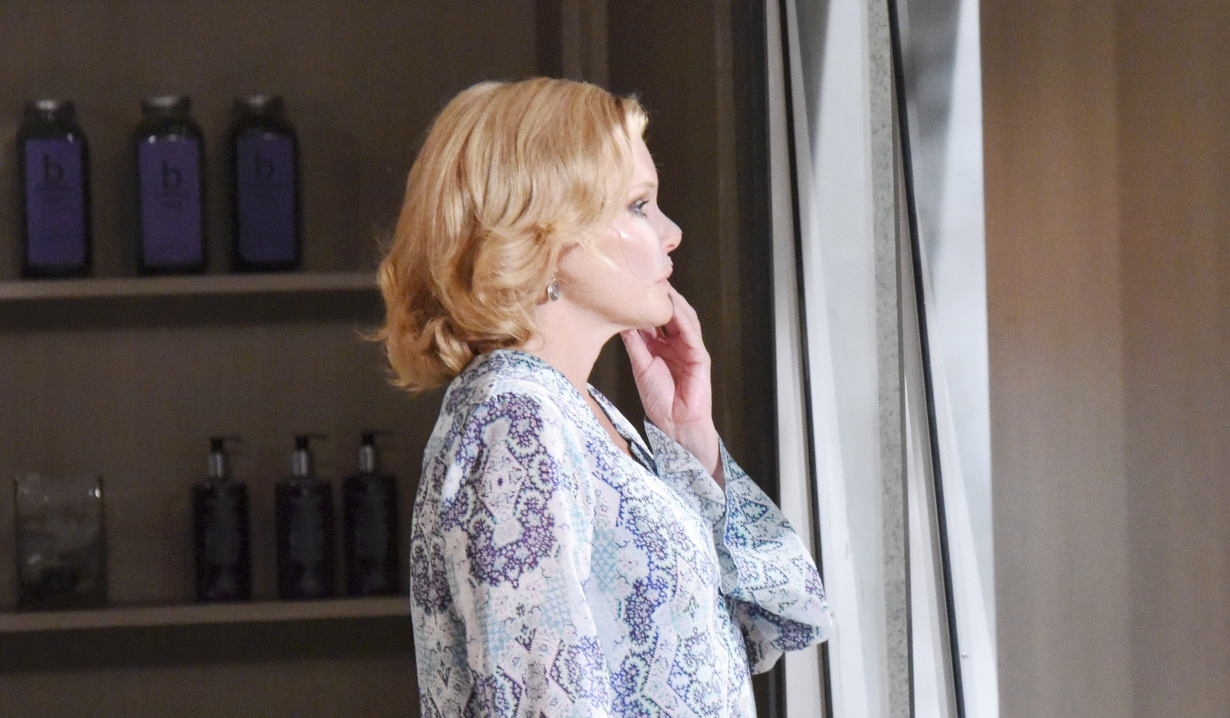 Uncomfortable actions and a meddlesome mother.

The Bold and the Beautiful:
Things continue to fall apart for Bill as his obsession with revenge dominates his activities. This is too much for Brooke and she splits with him. No sooner is she confiding in Katie about it then Ridge appears to try and cheer her up. Meanwhile, Steffy attempts to encourage some peace between Bill and Liam and Wyatt warns his brother that he may have pushed their angry father too far. Check out Soaps.com’s The Bold and the Beautiful spoilers to learn who is giving Sally gifts.

Days of our Lives:
A potential wedding disaster looms in Salem as Sonny gets frank with Paul about his feelings for his back from the dead husband. In the midst of wedding fever, Andre and Kate start to rethink their fake marriage. Meanwhile, Bonnie attempts to woo Victor with her womanly attributes and manages to get her hands on something. And Hope and Rafe discover that they are going after the same job. Read the Days of our Lives spoilers to find out who might make a big mistake on the night before their wedding.

General Hospital:
Michael’s latest move leaves Nelle feeling uncomfortable but that’s only the beginning of her problems. Elsewhere in Port Charles, Bobbie tries to make amends while Anna is in a far less forgiving mood, and Sam can’t shake her latest serious doubts. Across town, Franco feels like it’s time for a fresh start after someone confides in him. And someone makes Ava an offer. Take a look at our General Hospital spoilers to discover who gets on Griffin’s bad side.

The Young and the Restless:
Things at Jabot are tense after Ravi finds something distressing on the company server. As Ashley plots her next move, Billy may find that his latest maneuver pushed him too far. Dina has definitely pushed Jack too far and he lashes out at her for meddling in his relationship. On the other end of Genoa City, Mariah and Tessa go into overdrive and abduct Alice while Abby tries to keep Zach at bay. Visit The Young and the Restless spoilers to learn why Victor is in a bad mood.