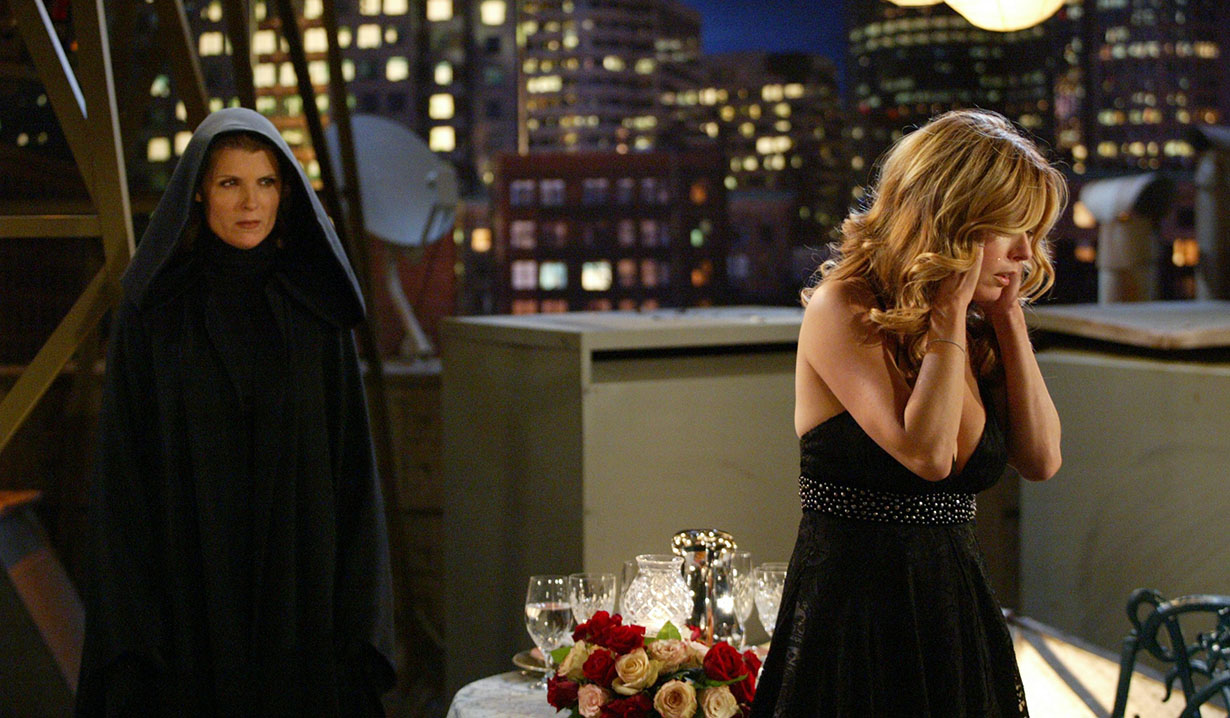 Do soap operas have trouble writing for their audience?

Women love soap operas. They were created for them after all. So why are they so often portrayed as crazy, weak or in peril? Sure, these situations have produced gripping drama and top-notch performances over the genre’s long history, but they can sometimes be hard to get behind as a viewer. To highlight a female soap lover’s plight in part one of our two-part series, Soaps.com mined the current crop of daytime dramas for scenarios featuring the oft-troubling state of storytelling for women. No one likes being rejected, but soap operas have turned a woman scored into a dramatic art form. Take Kristen Blake DiMera on “Days of our Lives” for example. When her love John Black made it clear his heart belonged to Dr. Marlena Evans, her fragile ego couldn’t take the hit, so she had her rival kidnapped, faked a pregnancy, threatened to kill herself, threatened to kill Marlena, and, many years later, engaged in an affair with John’s son Brady Black to make him jealous, which sent her down a whole new rabbit hole of psychosis. Then there’s Sheila Carter, who has made a career of bouncing from Genoa City to Los Angeles spreading her particular brand of crazy amongst the women (namely Lauren Fenmore) who dared enter the orbits of “Y&R’s” Scott Grainger and “B&B’s” Eric Forrester.

Drugging a man into sex: This one often follows suit after a woman turns into a deranged jilted lover, or they are just truly desperate, which let’s face it, if they have to drug someone in the first place, they all are. In a long ago never-ending quest to steal Austin Reed away from her sister Carrie Brady, “Days'” Sami Brady drugged Austin’s drink, slipped into bed with him and, even though he thought she was Carrie, had sex with him. On “Y&R,” a mentally unstable Tricia Denison drugged Victor Newman, had sex with him and then, taking her craziness one step further, made it look like he raped her, not the other way around.

Desperate measures to keep a man:

On “B&B,” Caroline Spencer went along with her Uncle Bill’s plan to make Thomas Forrester think she had a fatal illness so he would leave his current love for her and their son. Setting a bad example, it worked. In Port Charles, Maxie Jones stole drugs for Elizabeth Webber’s addicted husband Lucky Spencer, whom she fell in love with, and faked a pregnancy. Then, because she wasn’t pregnant, had to fake a miscarriage as well. What Maxie should have stolen was some self-esteem. There is perhaps no bigger damsel in distress than a kidnapped damsel. And you know how soaps love their damsels. “Days'” Dr. Marlena Evans has certainly seen her fair share of kidnappings during her decades long tenure on the show, as she has been taken against her will by a serial strangler, the jealous wife of a patient, Stefano DiMera, Tony DiMera and, most recently, Hattie Adams. Giving her a run for her money, “GH’s” Carly Corinthos has been taken hostage by Sonny’s vengeful brother Ric Lansing, Sonny’s vengeful rival Lorenzo Alcazar and Sonny’s vengeful wife Claudia Zacchara. Is it just us or is there a pattern there?

What do you think? Is there a problem with how soaps treat women in their storylines, or do you just enjoy the drama for what it is, because it’s all just fiction anyway? Tell us below and stay tuned for part two!

Highlights and a soapy photo gallery...