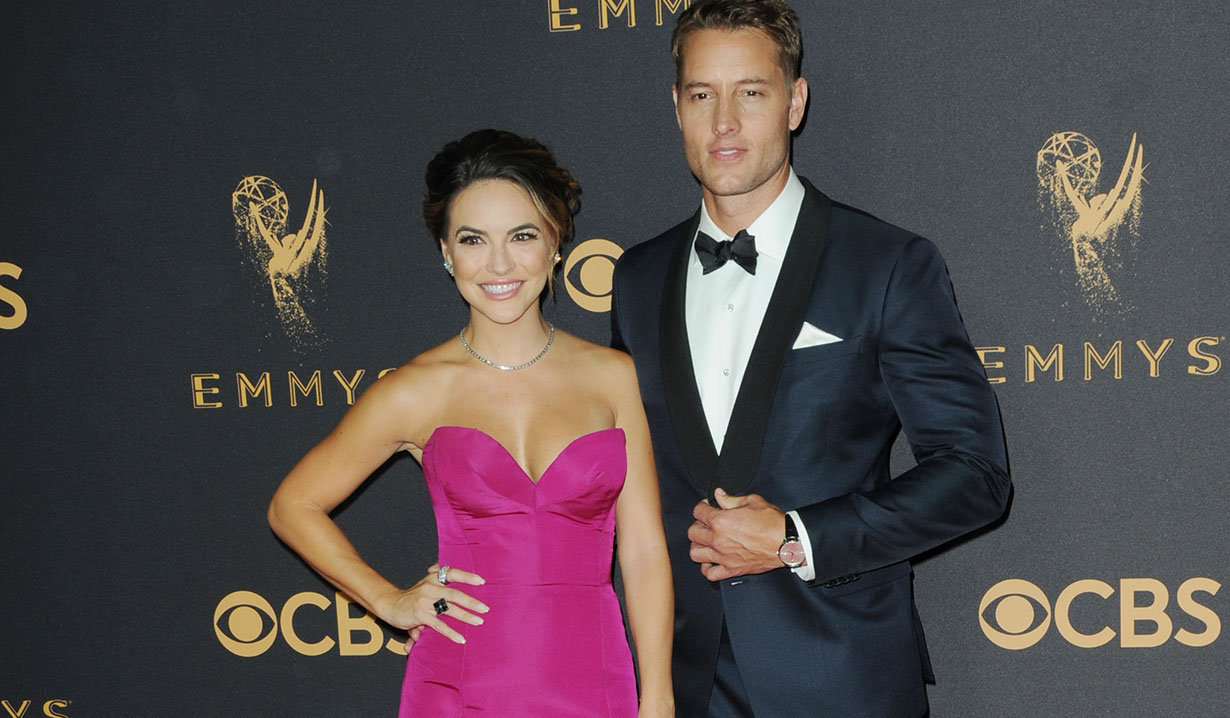 You just can’t get away from politics no matter how hard you might endeavor and the 69th Annual Primetime Emmys, held at the Microsoft Theater last night was no different. Soaps.com started out by watching the opening monologue by television host, Stephen Colbert who began the night’s festivities by forging metal in a blacksmith’s workshop. He said in jest, “Okay, I made all the Emmys statues.” He broke into song, jumping around the set of “Archer,” then on to “This is Us,” and “Veep,” standing behind the lead actress, Julia Louis-Dreyfus, who made Emmy history with her sixth consecutive win for “Veep,” singing, “Imagine if your president was not beloved by Nazis,” before standing with several women dressed as handmaids from “The Handmaid’s Tale,” written in 1985 by Canadian author, Margaret Atwood, which has somehow been interpreted not as a dystopian novel as intended but as a reality check for how a myriad of those living in USA at the moment feel living under Donald Trump’s presidency. Colbert went on to mock the “Hollywood elite” by saying, “This is TV’s highest honors. Us celebrating us. Tonight we binge ourselves. Can you feel it? This room is crackling with the collective energy of people who, for the last 48 hours, have consumed nothing but distilled water and Crest Whitestripes.”

Colbert talked up the first responders, the friends and neighbors who helped with the natural disasters in Texas and in Florida, then discussed how Netflix and Hulu have changed how we view television, then he christened this year as having the most diverse nominees…After that, things took another turn and the host gave another nod to Trump. Even Sean Spicer satirized himself at the Emmys.

We later saw Rachel Bloom break into song in a funny bit introducing the accountants, a few awards were given out, there was a “9 to 5” reunion with Dolly Parton, Lily Tomlin (“Grace and Frankie”) and Jane Fonda, (“Grace and Frankie”) taking the stage in another nod to Trump, reminiscing about their “sexist, egotistical, lying, hypocritical” boss, played by the great, Dabney Coleman. It was like watching a PSA with a few jokes knocked around, alluding to the President of the United States.

RuPaul took the stage dressed as Emmy, for a tongue in cheek interview with Colbert, then a few awards were presented and distributed. Some talk about how “inclusion is defining television more and more,” according to Television Academy President, Hayma Washington. Excellent news, with a video including Oprah Winfrey’s two cents saying, “It was important for me that there be major diversity behind the cameras.” More awards being presented, and another crack at the celebrities by Colbert, who said, “Lord, thank you for giving us talent and beauty and the gaping hole inside of each of us that craves love and will never be filled.”

There was a little drinking from Colbert and Jimmy Kimmel, of a cocktail they were calling “Last Week Tonight.” There were a few more wins and when Donald Glover won for “Atlanta,” he struck out at the president, saying, “I want to thank Trump for making black people number one on the most oppressed list. He’s the reason I’m probably up here.” More Emmys won, more presidential jokes made, and Nicole Kidman won her first Emmy for “Big Little Lies,” a show which she said sheds a light on domestic abuse. “It is a complicated, insidious disease. It is filled with shame and secrecy and by you acknowledging me with this award, it shines a light on it even more.” More wins, more talk about Nazis and hate, and then they wrapped things up as “The Handmaid’s Tale,”
of course won best drama series. Keeping track of the winners? Take a look at the full list of winners at the 2017 Emmys.

We saw a few soap stars either on the red carpet or backstage at the 69th Primetime Emmys Sunday night such as Justin Hartley (Adam Newman “Young and the Restless,” “This is Us”) and his fiancee, Chrishell Stause (Amanda Dillon “All My Children,” Jordan Ridgeway “Days of our Lives,” Bethany Bryant “Young and the Restless”). Stause tried not to wrinkle her hot pink dress in the car on the way to the show, and once there, she posed with lovely friends and ex-coworkers, who call themselves “The Three Amigos,” Melissa Claire Egan (Annie Lavery, “All My Children,” Chelsea Lawson “Young and the Restless”) and their mutual pal, Kim. Emmy winner, Judith Light, (Karen Wolek “One Life to Live,” “Transparent”) looked divine in her black flowing gown, and Daytime Emmy nominee, Adorable Alyvia Alyn Lind (Faith Newman “Young and the Restless”), was spotted in baby blue with her mother, attending for the nomination of Dolly Parton’s “Coat of Many Colors,” which was nominated for Outstanding Television Movie and in which she performed in.

Emmy presenter, Shemar Moore (Malcolm Winters, “Young and the Restless,” “S.W.A.T.”), walked the red carpet at the 69th Primetime Emmy Awards Show in a black tux, with his lovely co-presenter Gina Rodriguez (“Jane the Virgin”). Kate Linder (Esther Valentine “Young and the Restless”) usually wears colorful gowns but this time she looked sleek in black at the 69th Emmys.

With my handsome cohort @cameronsilver as we #QtheEmmys #emmys #2017 #fashion #hbyhalston #westmorebeauty #cosmetics #qvc Metallics and nude lips are trending!!

Soaps.com’s reporter, Kristyn Burtt, was red carpet ready, chatting up the stars on the red carpet while looking lovely in a red gown from Tahari ASL.