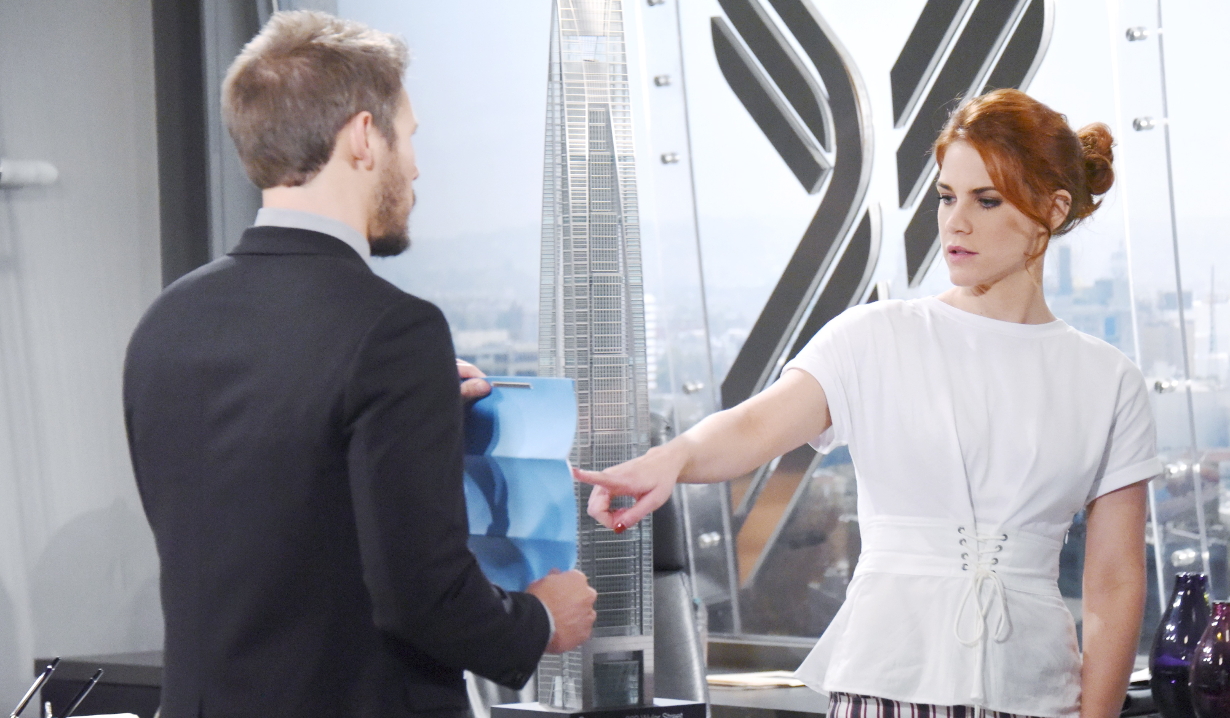 The Bold and the Beautiful:
Although Steffy does what she can to try to convince Liam not to blackmail his father, it’s all for naught. Liam takes over at Spencer, much to Wyatt’s chagrin. As Wyatt tries to figure out why this is happening, his half-brother starts to make some major changes in the company that could affect Spectra. After discovering the situation, Ridge wastes no time finding ways to infuriate Bill and Bill attempts to get some forgiveness from Brooke. Check out Soaps.com’s The Bold and the Beautiful spoilers to learn who has a special request.

Days of our Lives:
Lucas’ family bands together to confront him about his drinking. The only person he seems able to talk to is Will. But Will’s return to Salem isn’t comforting for Sonny, who admits to Chad that having his old lover back from the dead has raised a few uncomfortable questions for him. And speaking of uncomfortable… Brady leaves Eric shocked when he issues a demand and suggests that he may not be willing to give up his CEO job. And Chloe forms an alliance with Julie. Read the Days of our Lives spoilers to find out who makes a confession to Abe.

General Hospital:
Everyone is thrown for a loop when a man with the old Jason’s face turns up in town. Although Liz refuses to back away from Franco, most of the relationships in Port Charles seem more fraught. Carly battles with Michael while TJ confronts his mom and a distraught Sam leans on Alexis for support. But things seem to be looking up for Ava’s chances of getting her old face, in spite of Griffin’s ongoing concerns for her safety. Take a look at our General Hospital spoilers to see who is having second thoughts.

The Young and the Restless:
Victor makes no secret of being outraged with Nick for turning his grandchildren against him. But the mustache has other fish to fry, like fighting with Nikki while someone else seems to be gunning for Nick. Across town, something clicks for Scott while things could breakdown for Victoria and Billy. Meanwhile, Graham gets sick of Ashley’s snooping and threatens to call the cops on her. Visit The Young and the Restless spoilers to learn which former resident returns to Genoa City.