Soaps Spoiler Digest: Trapped and in trouble, plus Fall Previews 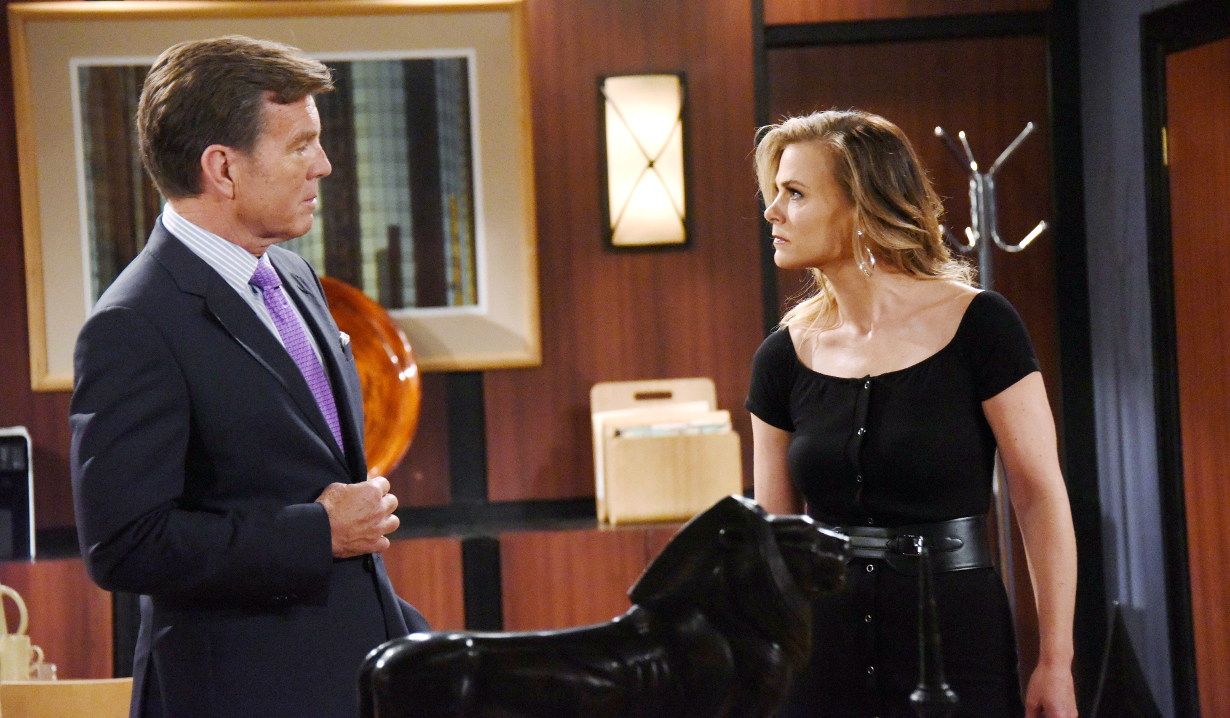 The Bold and the Beautiful:
Quinn finds a reason to smile when Ridge comes to her aid, but this is only another part of Sheila’s maniacal scheme to get Eric back by showing how unfaithful her rival is. Will Ridge and Quinn take the bait? Meanwhile, Bill tries to keep the faith in the family as he battles to keep one of his sons on his side. And Maya’s increasingly on edge as things are fraught in her family. She’s disturbed to see how close Lizzie and Nicole are and winds up fighting with her about Zende. Check out Soaps.com’s The Bold and the Beautiful spoilers to learn who talks about the future with Steffy. Fall Preview: Bill can barely keep his dirty secret from Brooke.

Days of our Lives:
Feeling kind of bad about trying to destroy her life, Tripp decides to try to make amends with Kayla. Meanwhile, John and Marlena plot their escape and return to Salem, where Hattie is having a hard time keeping up the charade that she’s the shrink. On the other side of town, Chad and Abby have some big news to share with her family while Paul turns to Hope for help with his father. Read the Days of our Lives spoilers to find out who makes a bold move. Fall Preview: Lucas crashes Paul and Sonny’s wedding.

More: Soap stars dish the dirt on their characters

General Hospital:
Finn finds a reason to be disappointed while Ava finds that she’ll have something to regret after she makes a decision without thinking things through. As Liz does what she can to give Griffin some useful advice, Scott manages to be completely useless at providing some wisdom. Across Port Charles, Sam is miserable and mopey while Jordan has a reason to smile. Take a look at our General Hospital spoilers to see who gets a surprising invitation. Fall Preview: The battle for Charlotte’s custody gets settled.

The Young and the Restless:
Victoria does what she can to keep the peace, but it’s not enough. Phyllis and Billy continue trying to out-maneuver each other while Jack pushes Hilary to make a risky move. While the Abbotts feud, Zach tries to keep his operations under wraps after Alice Johnson tips him off about a girl in trouble. At least he has Tessa working to try to keep their relationship a secret. But what could that mean for Mariah? And Nick has a cunning and devious plan of his own. Visit The Young and the Restless spoilers to learn who gets grilled in Genoa City. Fall Preview: Ashley discovers Graham’s background and it will have repercussions for the Abbott family.