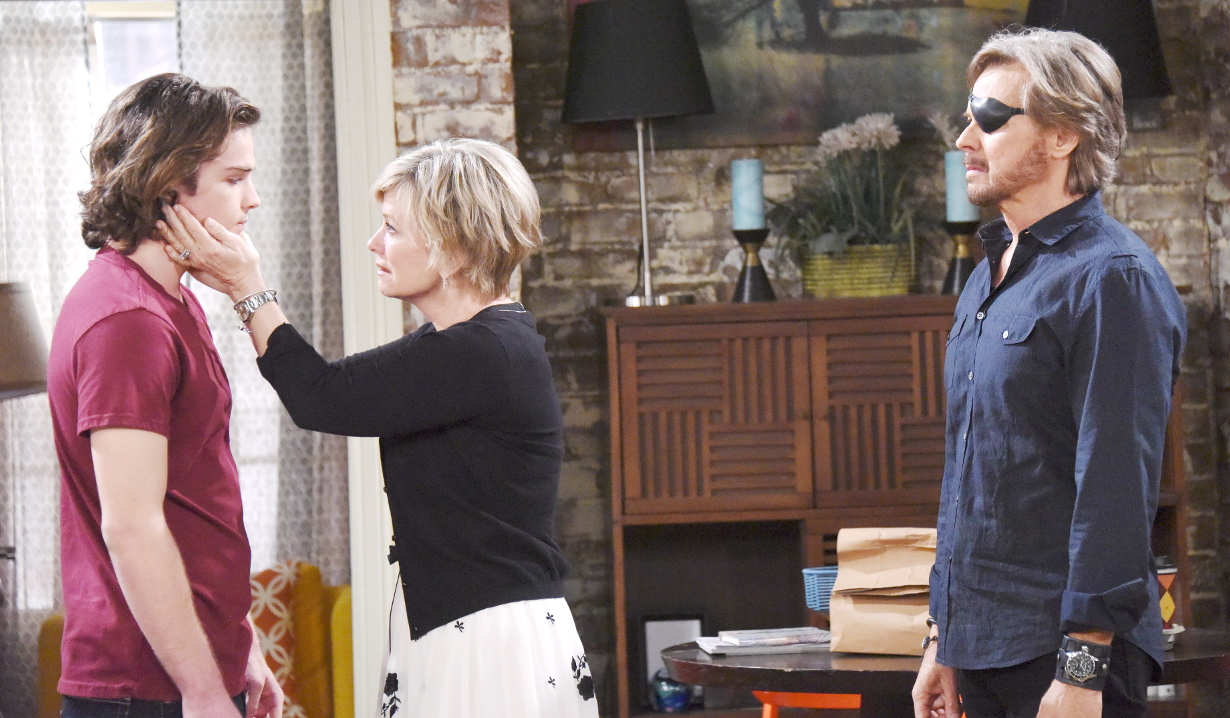 The Bold and the Beautiful:
The feud between Quinn and Sheila intensifies. After an old-fashioned throwdown, Sheila winds up knocked out on the floor of the mansion. Eric is shocked and insists that she recover at his place. While she heals, he calls in Dr. Warwick (played by Ian Buchanan) to make sure that her mental health is at least equal to the other kind. Luckily for Sheila, she thought ahead and found enough to blackmail the doctor into giving the right diagnosis. Meanwhile, Steffy tells Bill that Liam is not happy with him. That only makes Bill furious and he threatens to disown his son. Check out Soaps.com’s The Bold and the Beautiful spoilers to learn who kicks their relationship up a notch.

Days of our Lives:
Brady falls apart after finding something in Eric’s room. After he hits the bottle, Chloe calls him out on it and he has a bitter fight with Nicole. Across Salem, Bonnie sets her sights on Lucas while Hattie does her best to seduce Roman. Meanwhile, new evidence prompts Rafe and Hope to make a surprising arrest and Kayla tries to keep Joey from sending himself down the river. Read the Days of our Lives spoilers to find out who is on the receiving end of a punch from John.

General Hospital:
As Finn’s life falls apart fast, Obrecht is feeling pretty thrilled, but she may take her gloating too far. Meanwhile, Dante feels like he hasn’t been getting the truth and subjects Nelle to a grilling. Across Port Charles, Liz is forced to cool things down in her life while Nina unleashes a set of demands that must be met. Take a look at our General Hospital spoilers to see who gives Griffin some encouragement.

The Young and the Restless:
As the history of the Abbott clan is revisited, Ashley finds herself heading into some uncomfortable territory. Meanwhile, Cane tries to figure out how he can claw his life back while Lily is off locking lips with Jordan after they both get the boot from Brash & Sassy. Across Genoa City, Tessa finally starts to talk about her unsavory past while Victor continues to mess things up for his family. And Billy does what he can to help Victoria. Visit The Young and the Restless spoilers to learn who gets kicked out of their home.