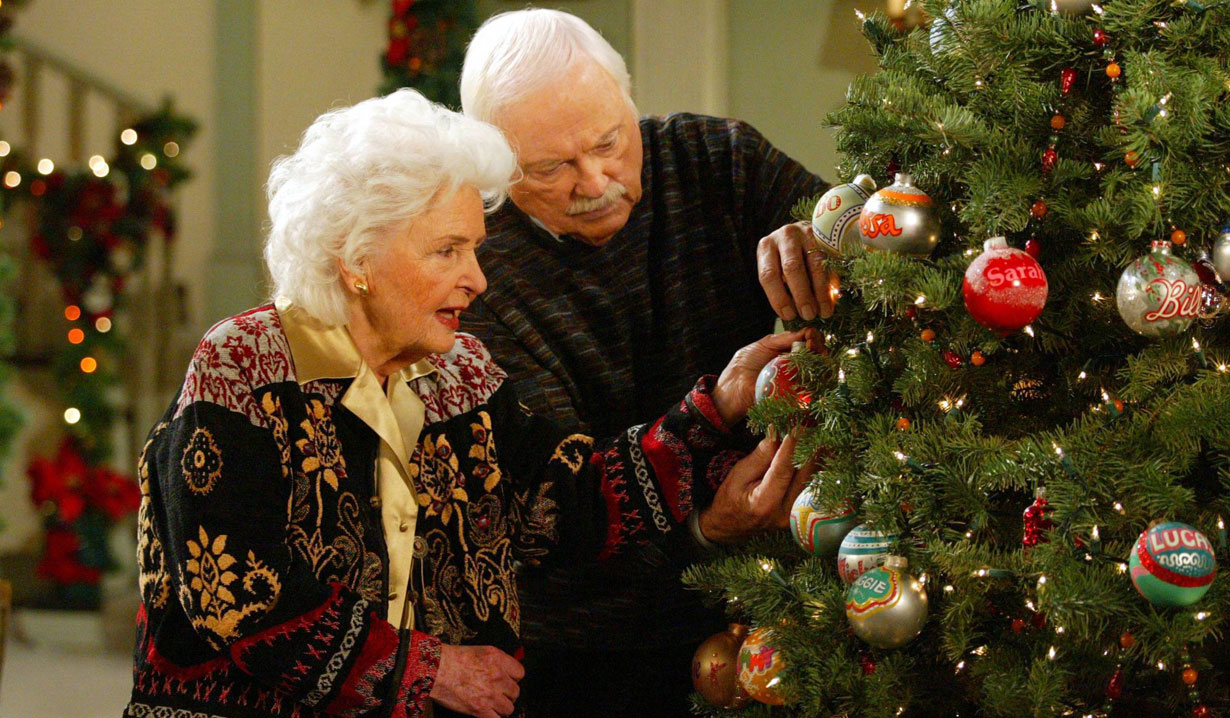 Matriarchs, patriarchs and other soap characters we love.

Every soap has those characters that viewers adore. Sometimes they are family matriarchs and patriarchs, doctors, and even super spies. Soaps.com takes a look at some of our most beloved characters from the soaps past and present.

Myrtle Fargate was a former carnival performer, who later reconnected with a daughter she gave up for adoption from her carnival days. She also had two granddaughters. Myrtle was everyone’s mother and grandmother, the woman people in Pine Valley came to for advice, or if they needed a shoulder to cry on. Myrtle ran Fargate Boarding House to help others in need.

Stuart Chandler was the exact opposite of his ruthless twin brother Adam. Stuart was kind and generous, and always wore bright cardigans reflecting his personality. He was an artist and a teacher, and someone anyone could turn to for help. He was father to one adopted son and a step daughter. Stuart believed in the power of love, even marrying Cindy Parker, who was living with HIV, during a time when the disease was stigmatized.

As the World Turns:

Emma Snyder was a farm girl who raised five children alone after her husband’s death, and later adopted a sixth. She had a total of ten grandkids. Emma always welcomed those in need to stay at her farm, and supported and looked after her children, even after they were grown. Emma knew that love was love and even allowed her gay grandson Luke’s boyfriend, Noah, to move into the farm when he needed a place to stay. Kim Hughes was a strong and fiery woman, who in later years took on the role of the Hughes’ matriarch. Though introduced as a home wrecker, Kim chose to better herself, and grew to be someone who cared about others. Kim was someone people could go to for guidance – and they did.

Caroline Spencer had four nieces and nephews, but never a child of her own, though she would have been a good mother. After one failed wedding attempt, she eventually married the love of her life Ridge Forrester. Sadly, she died shortly after of leukemia. A kind and gentle soul, even before her death Caroline threw a party where she asked her friends and family to be nicer to one another, and urged Brooke Logan to be there for Ridge after she was gone, thinking they were good for one another. Darla Einstein was foster kid who was thought of as a daughter by the outrageous Sally Spectra with whom she worked for as a faithful and loyal assistant at Spectra Fashions. Though always feared she never measured up, she had a sweetness about her. Darla was often bullied by her lover Thorne’s brother Ridge for being a dingbat and a glorified secretary, which earned her a soft spot in the hearts of many. We won’t hold her ghostly appearance against her years after her death, knowing her daughter Ally was mentally ill and seeing a side of Darla that never was. Alice Horton was the matriarch of “Days of our Lives,” a loving soul who had five children, eleven grandchildren and was beloved by every Salemite who crossed her path, maybe even Stefano DiMera! Alice made the most delicious donuts filled with love, her special ingredient, which she offered while dispensing insightful and honest advice to those in need.

More: A tribute to Days of our Lives’ Frances Reid

Marlena Evans is Salem’s beloved physiatrist, earning the nickname “The Pink Shrink” from fans due to the character’s penchant for pink pantsuits in the eighties. Marlena is always willing to lend her ear to a friend, and sometimes even a foe. She’s never stopped fighting for her family, which include three children, two step-sons, and six grandchildren.

Lila Quartermaine was the matriarch of the Quartermaines, and often played the role of peacemaker in her family. Her husband and children were constantly feuding over the family fortune and their business, ELQ. Lila was loving and forgiving, and remained with Edward in spite of his wandering eye. Robert Scorpio was a spy for the WSB who came to town to stop Mikkos Cassadine and his weather machine. Robert became a fan favorite, teaming up with Luke and Laura Spencer to battle the evil Cassadine. He was a loyal friend, and later became part of a popular super couple with Anna Devane.

Bert Bauer was “GL’s” matriarch. In 1962 the character was the first on daytime to address uterine cancer, an important issue for women’s health. In 1983 the actress had to undergo a leg amputation due to a blood clot, which was written into the show, forcing her head-strong character to rely on others for the first time. Bert had two sons and three granddaughters who doted on her.

Lillian Raines was a single mother who lost her first husband in the Vietnam War, and fought to escape from her second abusive husband Bradley. In later years, Lillian provided constant support to her troubled daughter Beth, and helped her in-laws, the Spauldings, deal with many of the family’s scandals.

Renee Buchanan was on again off again wife to Asa Buchannan, who was also her childhood sweetheart. When the Llanview arsonist terrorized the town, Renee and Asa opened their home to Nora and Matthew Buchannan, who lost their house during a fire. She also owned The Palace Hotel, a place where she offered refuge to many in need. Renee had one son she gave up for adoption years earlier, two step children, and eight step-grandchildren. Victoria Lord was the Lord family matriarch. She was mother to five children and a stepchild, as well as grandmother to four. Early on Victoria chose love over wealth when she shocked her prestigious family by marrying working class Joe Riley. Later in life she acted as a motherly figure to her own half-siblings Todd and Tina Manning, and served as Llanview’s mayor. Timmy was a doll brought to life by Harmony’s resident witch Tabitha to help her wreak havoc on her enemies. Timmy did not like being evil and became a positive influence on Tabitha. Tragically the same day the character died on the show and donated his heart to Charity Standish, actor Josh Ryan Evans passed away due to a heart defect.

Pilar Lopez-Fitzgerald worked as the housekeeper to the wealthy Cranes to support her five children, and later helped her four grandchildren. Her husband Martin mysteriously disappeared years ago, but she lit a candle for him nightly and remained faithful knowing that one day he’d return. She was a good friend and confident, keeping many secrets for her employer Ivy Winthrop.

John Abbott was the Abbott patriarch, father of four and grandfather of eight. John’s wife Dina left him and their children early on, so he raised his children, along with the family maid, to be strong and successful in business. His character died from a stroke in 2006, but frequently returns as a ghost to council his children in times when he thought they could use insight.

More: Remembering The Young and the Restless’ Jeanne Cooper Katherine Chancellor was considered “The Dame of Genoa City.” Katherine was lifelong friends with John Abbott, and even bought his failing company Jabot Cosmetics to try and save it. She had a loyal companion in her housekeeper Esther, she was best friends with Nikki Newman, and had a close friendship with Nikki’s husband, Victor. Both the actress and character made daytime history for having a facelift in 1984 and confronting the stigma of plastic surgery.