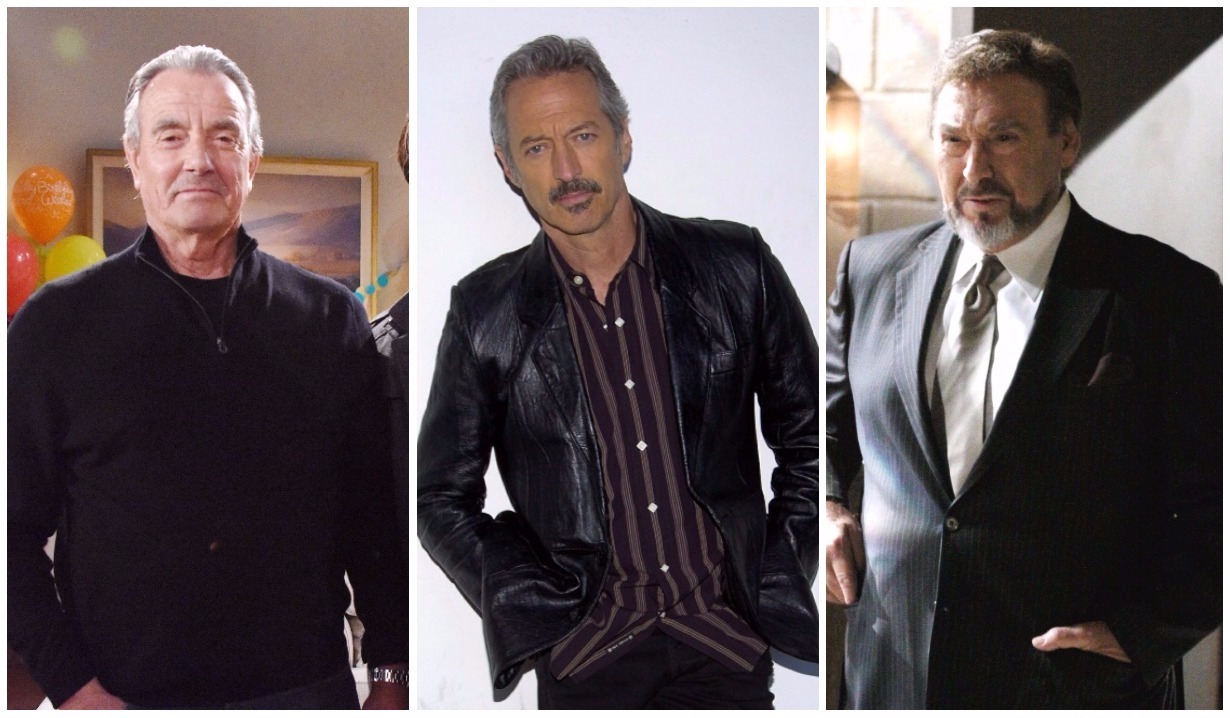 Some of the most ruthless men we’ve seen in our soaps.

Soaps.com loves our soapy villains and recently reflected on some dark and deliciously demented female soap villains. Sometimes we love to hate them. Other times we just plain hate them. Either way, we can always count on feeling passionate regarding their dastardly ways. This is just a sample of the most vindictive scoundrels we’ve seen in our soaps along with a few highlights of their wicked ways. There are a few words to describe Dr. David Hayward such as savage, sadistic and yes…we admit…entertaining, much like the rest of our villains. Dr. Hayward has a long list of misdeeds including blackmail, faking his own death, poisoning people, drugging people often with experimental drugs – unbeknownst to them, he’s been arrested for murder, embezzlement, assault, he’s received stolen property, has held people at gunpoint, he was caught drunk driving, jailed for manslaughter, and violated terms of parole. All that and we may have left out a few offenses. An intelligent man and credible doctor, he was used to using women and discarding them until he met Erica Kane. He really cared for her but she couldn’t tolerate his aforementioned flaws. Erica moved on with Tad Martin, so David tried to make him look bad at a yacht party by drugging him with a drug that would increase one’s libido but accidentally dumped way too much into the punch bowl and everyone at the party was a victim. The end result worked in David’s favor when Tad believed he had sex with Leslie Coulson. David was tried for this crime and let off with a slap on the hand. He told a few truths while making up insane things like sending Tad and Dixie on a search for their daughter Kate, by planting DNA, when in fact the search was pointless. He schemed to have Amanda Dillon to get J.R. back into drinking so he could gain full custody of his grandson, Little Adam. The list goes on. And on. James Stenbeck was bad to the bone and had almost as many lives as “Days of our Lives'” Stefano DiMera. James had multiple barbarous deeds under his belt such as theft, bribery, attempted murder, impersonating another person, blackmail, stalking, poisoning (a few times), dealing in arms, kidnapping, arrests, he’s been jailed, and has dumped a dead body. That’s just to name a few. Poor Barbara Ryan didn’t know how much he’d complicate and almost ruin her life when she met him all those years ago and when he was done torturing her, he moved on to their son Paul, and then later on to Paul’s wife Emily Stewart. James was one of the most frightening villains of his time. Bill Spencer Jr. is the illegitimate son of “The Bold and the Beautiful’s” publishing tycoon William (Bill) Spencer, and is the half-brother to the late and beloved Caroline Forrester, who might be seen as yin to his yang. Bill’s not only powerful and twisted, he’s also devilish and humorous. He plays dirty. Overtly involved in his sons’ lives, he didn’t like that his son Liam was dating Hope Forrester. Seeing her as unsuitable for his son, he ordered Steffy Forrester to put the kibosh on that relationship by kissing Liam at his bachelor party. When that worked initially, it didn’t work in the long term, Bill had Hope’s father, Deacon Sharpe, released from prison to stop their imminent wedding. His more recent target is Sally Spectra. $Bill had been obsessing about buying the Spectra Fashions building, and caused a fire in order to kick the current occupants out, but it looks as though $Bill was foiled on that last part. From an early age formidable Stefano DiMera had a vendetta against the Brady family, thanks to his father. He was barbarous, creative in his endeavors, and brought soaps something that no other evil villain had at the time: Brainwashing. The man single-handedly (okay, he had help from his pal Dr. Rolf) brainwashed John “The Pawn” Black to do his bidding, he was obsessed with his “Queen of the Night,” Dr. Marlena Evans, who didn’t return his affection, and paid for it dearly when he took her from her children. He has done countless other incredulous and criminal transgressions, always one step ahead of Salemites trying to send him to prison. Honorable mention: When the callous Greek Tycoon Victor Kiriakis, came to Salem as an old friend of the Brady family, he had some interesting secrets. Being a drug lord was bad enough, but then Salemites were shocked when it was revealed that he used to have a thing with Caroline Brady, and was Bo’s biological father – not Shawn Brady Sr. Though Victor may have calmed down considerably over the years, he was recently behind the kidnapping of Tate Brady, and offers the funniest, crustiest and wittiest zingers on any soap. Deviant Cesar Faison was the leader of the cartel, a lover of kidnappings and a murderer six times over. As the former employer of Anna Devane during her World Security Bureau’s rival agency, DVX he made felonious deals with the head of the WSB and attempted to destroy Anna’s marriage to Robert Scorpio, so that Cesar could have her all to himself. He arranged for Felicia Scorpio-Jones to be kidnapped, he faked his own death, others’ deaths…It must be listed in the villain’s handbook as an option in order to get their victims off guard. Possibly his most famous stunt and most recent was disguising himself as Duke Lavery and abducting Anna’s daughter Robin, while assisting Jerry Jax’s biological terrorist attack against Port Charles. Roger Thorpe exhibited a pattern of sexual violence, murderous attempts, devious and disturbed Thorpe attempted to abduct a pregnant Rita Stapleton, causing her to miscarry, then abducted Holly Norris and their daughter, Christina, drugged Dinah Marler in an attempt to get her to commit suicide, faked his own death…so many that there is a dedicated history to the likes of one of the greatest soap villains, Roger Thorpe. Mitch Laurence was a callous man, cult leader, murderer, kidnapper, and a con artist. Where do we begin with Mitch? He killed Harry O’Neill and did time for it. In prison, he claimed to have found God and somehow was freed. That’s when he became the leader of a religious cult who preyed upon young female disciples. He kidnapped Clint and Viki Buchanan’s daughter Jessica with his follower Allison Perkins’ help, but thankfully she was returned. Of course, years later and many nasty stories in between, Llanview was glad to see the last of him after Natalie Buchanan shot and killed him. Alistair Crane started out as a mystery character – his face was never shown for the longest time. As the ruthless head of the Crane family, he was a schemer extraordinaire, evil to the core, sexist, homophobic, and with a deep need to control others. He kidnapped his first wife Rachel when she realized who he really was, and then later married her younger sister Katherine, with whom he would beat, rape and torture. Like Stefano DiMera on “Days,” Alistair also experimented with mind control, implanting a device in his favorite granddaughter, Fancy’s nose, forcing her to treat Luis like dirt because he didn’t think Luis was good enough for her. With countless other plots up his sleeve, in the end, he was shot and killed by crazy Viki Chatsworth and Alistair’s son Julian, simultaneously. Just look at megalomaniacal Victor Newman looking down his nose at society, sneering. This look has made him famous. A self-made man, Genoa City’s merciless Victor’s first wife Julia took a lover and when he found out, the mustache locked Michael up in his basement. No stranger to blackmail he forced Michael Baldwin into committing commercial bribery, he later married Nikki Reed and left her after learning she cheated on him with Jack Abbott, he then married Leanna Love, who wrote a book about him coincidentally entitled, “Ruthless.” There are so many other stories about this power-hungry, contemptible man but it all comes down to Victor using his wealth, intelligence and manipulative ways to protect himself and his family while getting what he wants. Here are the Top 10 reasons we love to hate, hate to love Victor Newman. 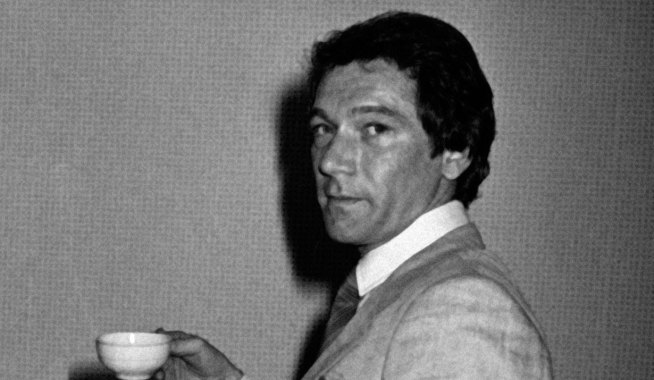 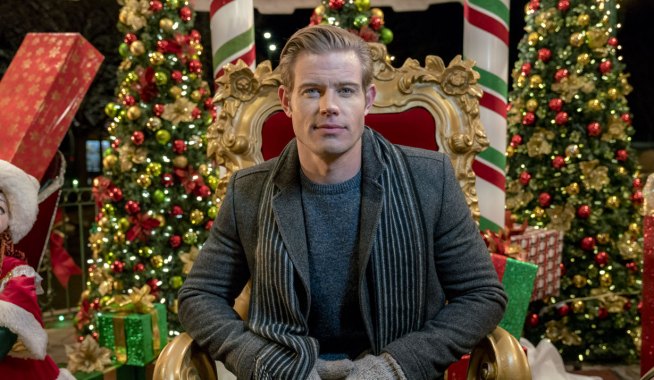