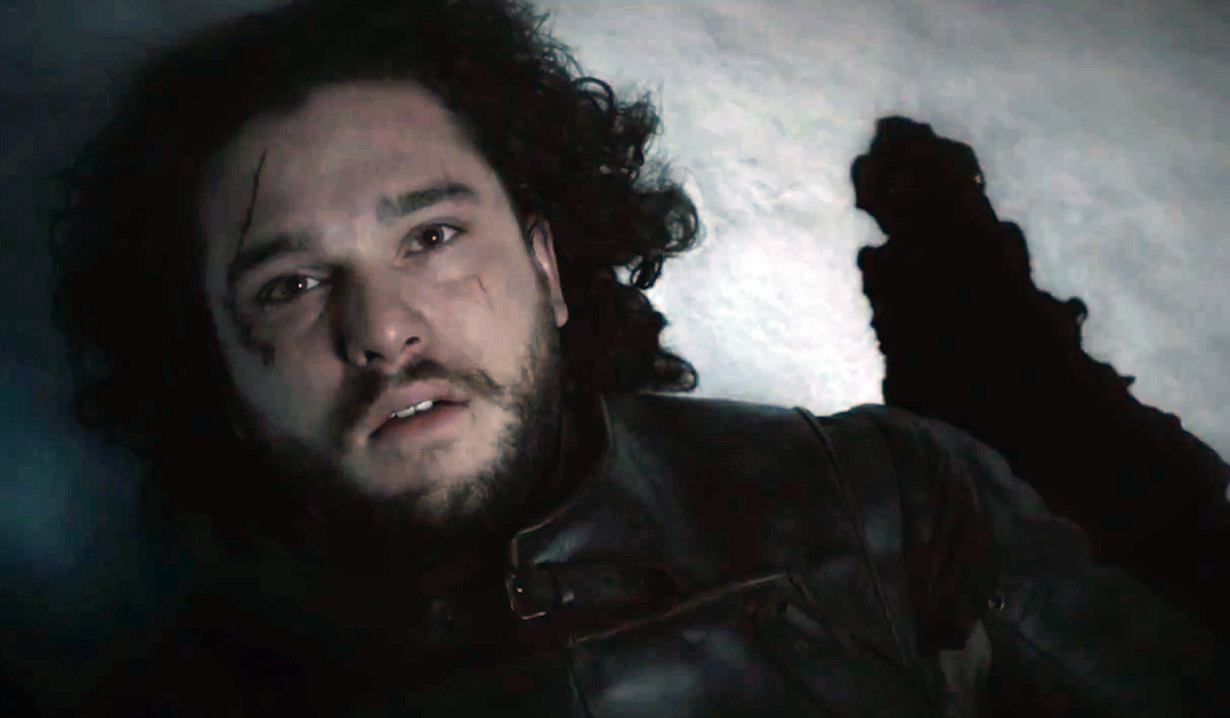 Daytime, primetime, comedy or drama. It’s all the same.

Every soap fan has encountered the smug judgment of an acquaintance, friend or family member wondering how they could possibly watch daytime dramas. Little do they know, they have at least one (if not more) primetime soap queued up on their DVR or Netflix account. With the overwhelming choices of TV options these days, Soaps.com decided to look at the many series that promote themselves as one thing but take their cues from the salacious world of soap operas.

(Warning! Some primetime spoilers are included.) 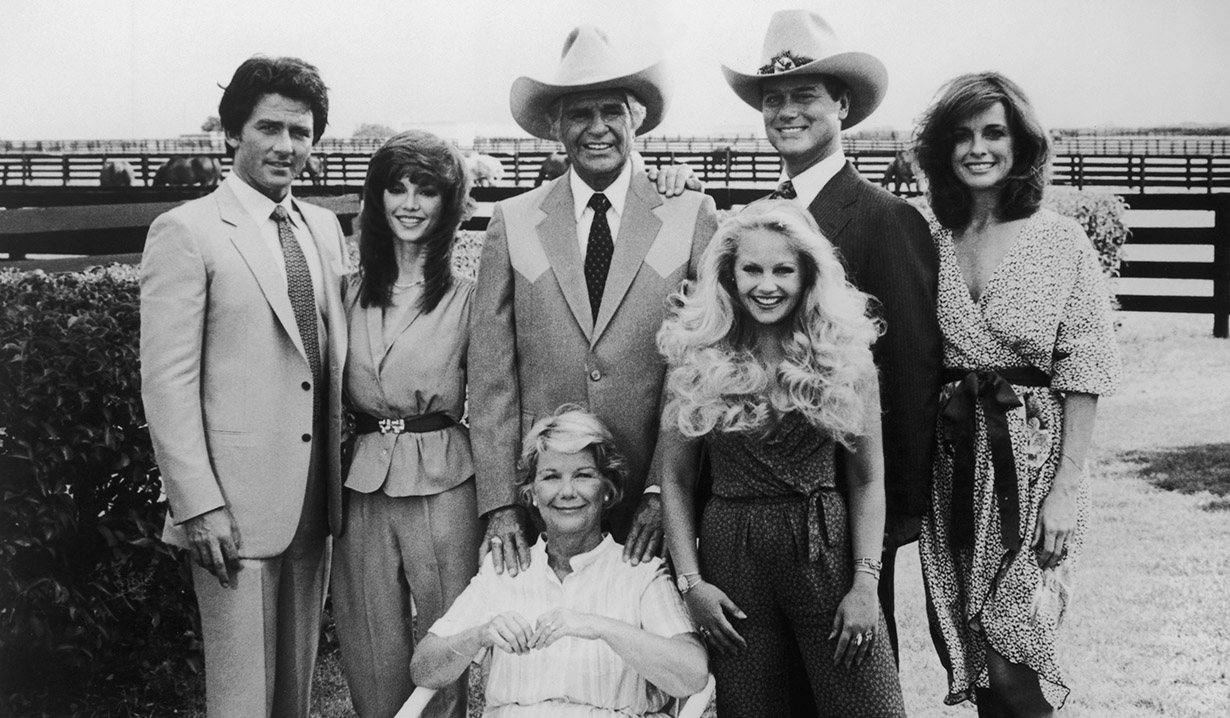 This genre is the most obvious form of soap, which is defined as serialized storytelling about the lives of a group of people. While some shows, especially procedurals, avoid falling into this category (Law & Order, The Wire), due to typical melodramatic moments – affairs, unplanned pregnancies, betrayals – used just as plot points and not mined for sentimentality, most dramas borrow from soap operas to keep their audiences hooked.

In the 1980s, Dallas, Dynasty, Knots Landing and Falcon Crest all knew what they were from the start and embraced their soapiness as their characters cheated, backstabbed, schemed, wailed and cried on a weekly basis. The ensuing decades consistently gave viewers more soapy outlets in the form of series such as Beverly Hills 90210, Melrose Place, The OC, One Tree Hill, Gilmore Girls and Parenthood.

With so many channels today, there’s no shortage of primetime sentimentality to get sucked into, like Starz’s Power, which centers around a drug kingpin who walks a fine line between his legal and illegal businesses, as well as his wife and his mistress, the latter of whom helped put him in jail, but then helped set him free; TNT’s Claws, about a woman running a nail salon, while also laundering money for the mafia, which employs her boyfriend, whom she thinks she helped kill, but he was secretly being held captive by an eccentric artist; and let’s not forget Shonda Rhimes’ mega hits on ABC centering around a hospital (Grey’s Anatomy), politics (Scandal) and law school (How to Get Away with Murder), all seemingly straightforward subject matter until you scratch the surface and the suds start bubbling up.

More: Sex & sexuality in soaps and how its changed 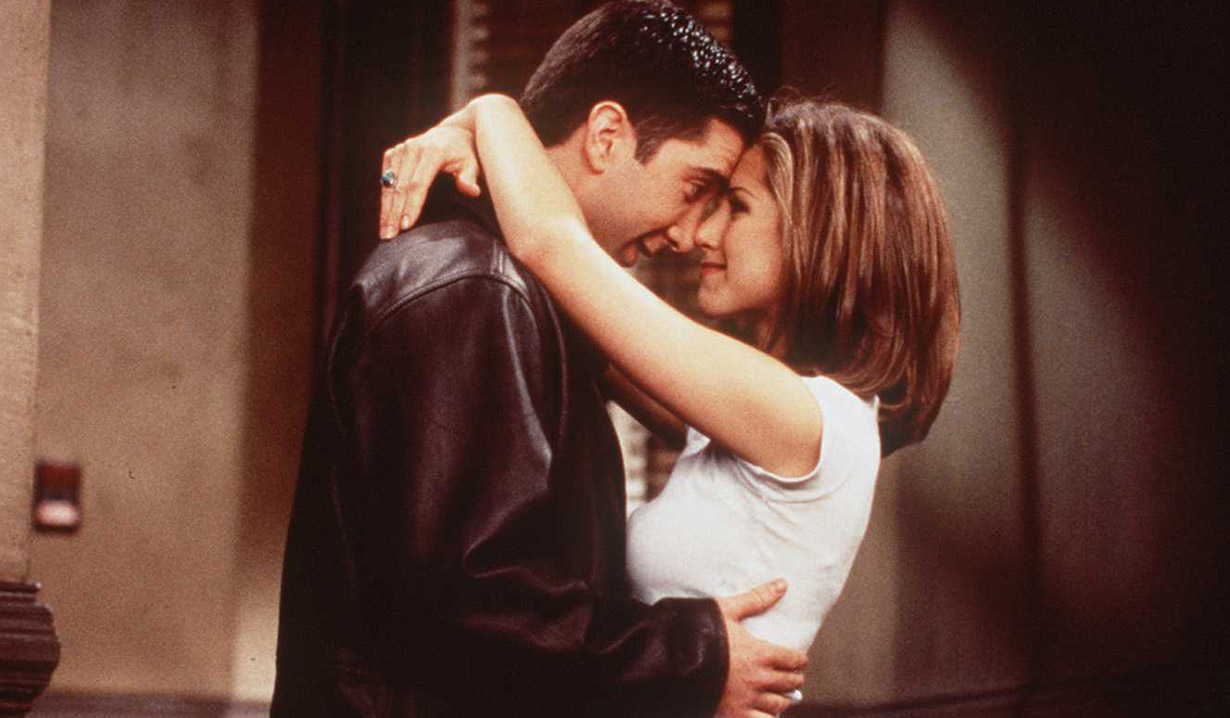 Most comedies could be considered procedurals, as they don’t generally continue storylines from episode to episode. However, if you were to look back at some of the most successful sitcoms, the will they/won’t they aspect of the main couples are often what keeps people tuning in. A prime example is Friends, which saw Ross and Rachel’s on-again/off-again relationship result in an unplanned pregnancy after an off-again hook up, while Chandler and Monica became a couple, overcame relationship fears, dealt with a returning ex, got married and adopted twins, all of which started with a drunken night in London. Meanwhile, one of the current top rated comedies, The Big Bang Theory, went back and forth with Penny and Leonard for years before marrying them off and has used the unusual nature of Sheldon and Amy’s union – will they kiss, will he tell her he loves her, will they have sex, will she accept his marriage proposal – to great comedic and even dramatic effect. If you didn’t know they were sitcoms, you might think, from the descriptions, that they were soap operas. 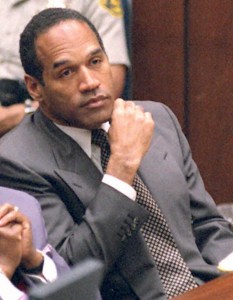 Many people look to the O.J. Simpson trial in the 1990’s as the reason for the decline of soaps. Sure, the constant coverage interrupted daytime TV for months on end, but the trial also came at a time when more channels were becoming available and reality TV was on the rise, which you could also blame on the trial. It was a soap in and of itself, keeping people glued to their TVs, proving to TPTB that there was a definite audience for “real-life” drama.

Former CNN editor Michael J. Socolow, who covered the trial, recently reflected, “The explosion of reality television, occurring in the wake of the Simpson trial, reaffirmed television riches could be generated by turning on cameras and dispatching with actors, writers, costly sets and other production effects. Like the Simpson trial, reality television flooded our culture with exploitative drama characterized by stereotypes and celebrity worship.”

Since then, reality TV has only expanded and gotten soapier, with the help of writers (despite Socolow’s assertion above, reality shows do employ writers, but they tend to work at a cheaper rate), editors and producers who ensure “characters” like the Real Housewives of any city come off as catty, backstabbing, modern day versions of Dynasty’s Krystle and Alexis, or allegedly try to pair up certain couples on a dating show like Bachelor in Paradise and real life drama becomes part of the soap. 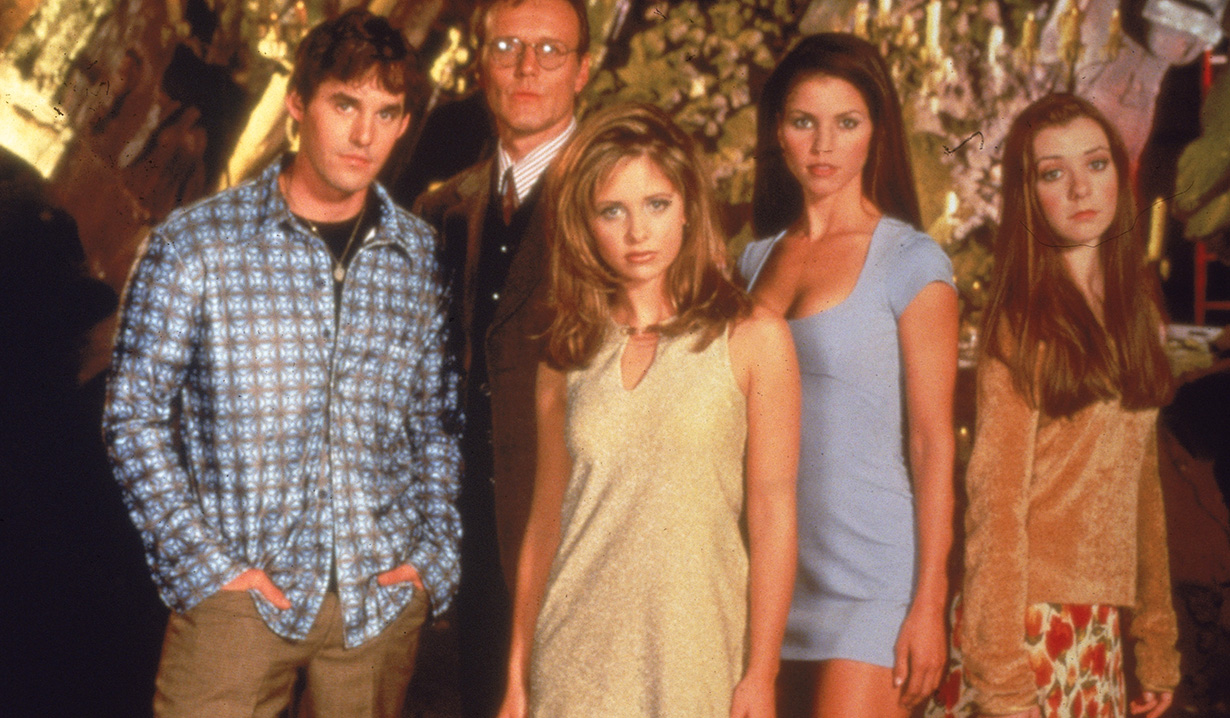 From Dark Shadows to Buffy the Vampire Slayer to True Blood to Vampire Diaries, and Supernatural fantasy loves its can-a-human-and-non-human-find-love storylines. But it’s not limited to just vampires. Over on Syfy’s Wynonna Earp, the titular heroine battles undead “remnants,” many from her great-great-granddaddy Wyatt Earp’s day, while engaged in a love triangle with the ageless Doc Holliday, and her demon-ish boss Dolls, while also wondering who’s the daddy of her unborn child: Doc or a remnant, with whom she had a one night stand. It might be billed as a supernatural action show, but it doesn’t get soapier than that.

Perhaps the best example of a series, Sci-Fi or otherwise, that at its core is an out and out soap opera has to be Game of Thrones. Among the many families vying for power are the wealthy, devious Lannisters, a la “Days'” DiMeras, and the humble, working class Starks, in the vein of the Bradys. Just like Ridge Forrester on The Bold and the Beautiful, 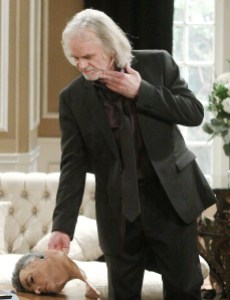 Jon Snow was raised thinking one man was his father, but unbeknownst to him, it’s all been a lie, not to mention, he literally returned from the dead. Then there’s the incestuous brother and sister duo Jaime and Cersei, who, unlike half siblings Christine Williams and Scott Grainger on The Young and the Restless, but just like cousins Tammy Winslow and Jonathan Randall on Guiding Light, went there, producing three children along the way. Meanwhile, Arya wore the face of her enemy to exact her revenge, like she’s Faison sporting a Duke Lavery mask to get close to Anna Devane on General Hospital. And wouldn’t Daenerys, the mother of dragons, and Melisandre the red witch, who gave birth to a shadow creature, have fit right in on 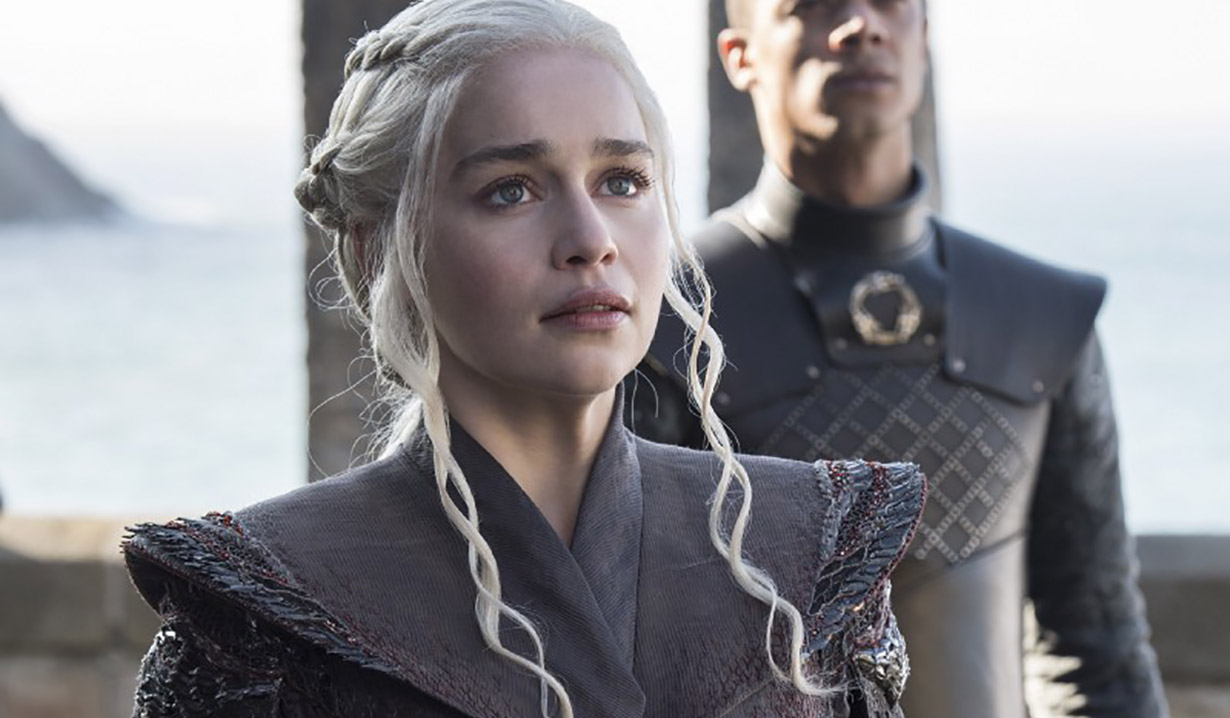 While daytime dramas might not be enjoying the ratings success they once did, people still can’t get enough of soap operas. So, the next time someone tries to tear down your love for soaps, ask them what TV shows they watch and smugly turn the tables on them.

What are some of your favorite non-soap soap operas? Tell us below!