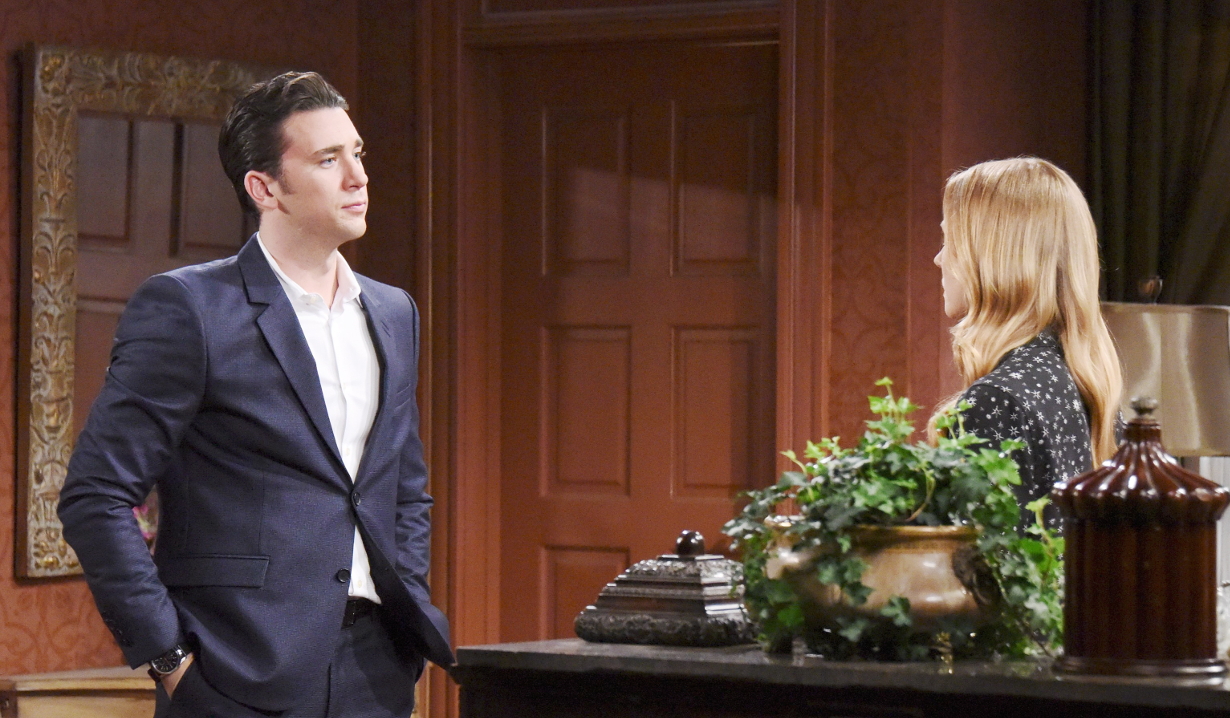 The Bold and the Beautiful:
Ridge tries to fix things in the Forrester family, but the fallout isn’t quite what he was expecting. He begs Eric to come home and forgive Quinn, taking all the blame for their indiscretion on himself. That only leads to Eric disowning him. Seeing how filled with rage Eric his, Sheila decides to try and use that to her best advantage. Meanwhile, Bill may have overstepped the mark when he tells Thomas that Caroline is only back because she will soon be dead. This level of manipulation is not what Caroline signed up for. Check out Soaps.com’s The Bold and the Beautiful spoilers to learn who gets a lecture from Brooke.

Days of our Lives:
Chad and Gabi start fighting after he admits that he’s been lying to her about Abigail. Soon, he’s arguing with Abby and Dario about their plans to leave Salem. Meanwhile, Abe pops a gasket when he learns that Theo is now working for DiMera Enterprises. And Steve tries to stop Kayla from going over the edge by planning a romantic evening for her. Read the Days of our Lives spoilers to find out who has to make a decision about Eric.

General Hospital:
She may be gone, but Olivia Jerome is still managing to upset the equilibrium in Port Charles. Everyone seems to be out for revenge. As Obrecht hatches a plot to get back at those who ruined her last plan, Sam is getting confrontational with Sonny. Meanwhile, someone holds Liz captive and Griffin is worried about Scout’s health. Take a look at our General Hospital spoilers to discover who actually has a good week.

The Young and the Restless:
Once Hilary airs the footage of Victor cracking Nick in the face during a fight about the family, Nick attempts to confront her for unleashing the scandal in Genoa City, but to no avail. Unemployed Cane isn’t having the greatest luck either. He tries to fix his reputation and smiling Jack is happy to slot him in at Jabot as long as he provides him with all the dirt on Brash & Sassy. Jack faces some questions of his own when Gloria wonders what’s going on between the CEO and Nikki. Meanwhile, Hilary’s latest plan sets her against Lily and Devon’s attempt to get away from it all with Mariah doesn’t pan out. Visit The Young and the Restless spoilers to learn what Sharon hears about on the phone.

Posted 26 mins ago
Back to Top
ad