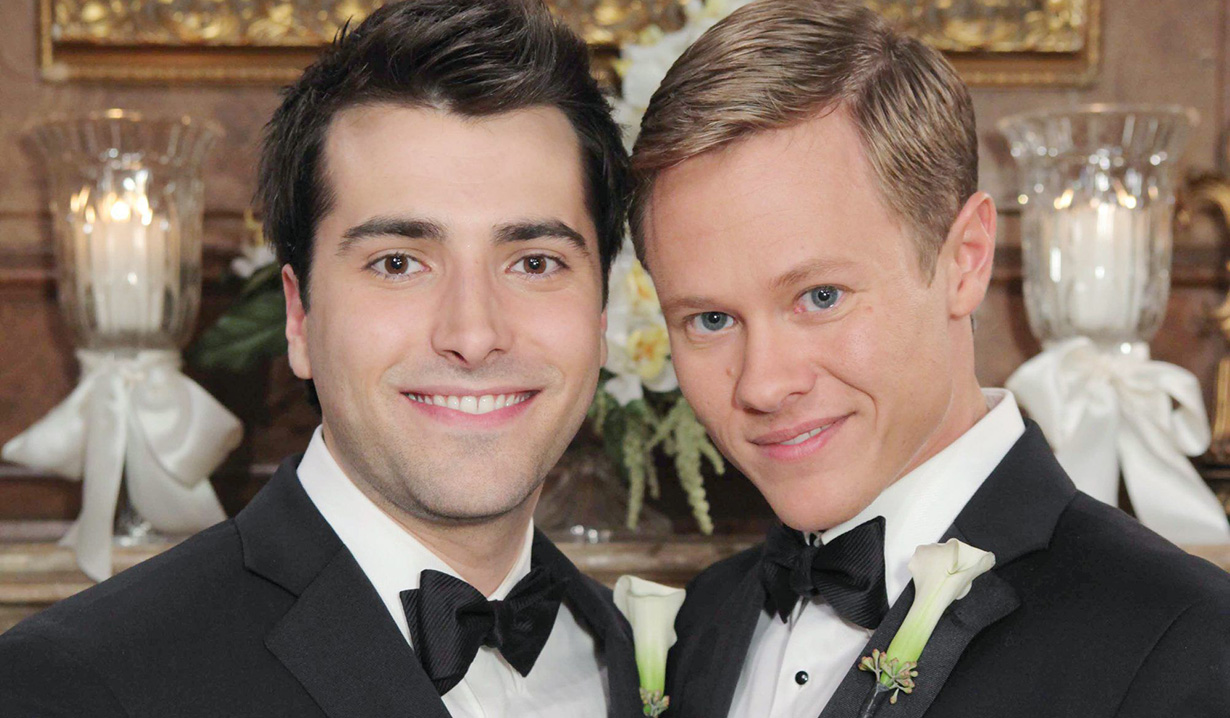 The more things change, the more they stay the same.

Soap storylines showcase intimate relationships in a dramatic setting, keeping things heated, yet not exactly mirroring our ever-changing society and our attitudes about sex and sexuality. Our favorite soaps have kept the pace slow regarding what they are allowed and can showcase, yet in regards to sexuality, sometimes they are in line with the times. Soaps.com brings you a synopsis of how things have changed over the years and how they’ve done groundbreaking work.

According to Changes in American Adults’ Sexual Behavior and Attitudes, people have developed more permissive attitudes about premarital sex, adolescent sex, and same-sex sexual activity, but are still less accepting of extramarital sex. Soaps take advantage of these movements and give the viewers storylines that don’t push the envelope too far, hopeful their ratings don’t drop if they take things ‘too far’. The Federal Communications Commission (FCC) was established in 1934 to control radio and film content and today currently controls television content between 6:00 AM and 10:00 PM when children are more likely to be in the audience and shouldn’t be exposed to sexual subject matter. Mary Jane Higby (May 29, 1090 – February 1, 1986) was an American actress who started on radio and later moved to television. She was best known for her role as Joan Field Davis on one of the highest rated soaps in the ’40s, called “When a Girl Marries,” which was broadcast from 1939 on CBS and moved to NBC and then ABC until its end in 1957. Starting as a radio drama, “Guiding Light,” the oldest American soap opera, premiered in 1937 and debuted on TV in 1952. In the radio days, there was no mention of sex at all, thus no reason to take the kids out of the room or tune out from listening to their favorite show. When the show began to run on television, married couples would be shown sleeping in separate beds, while by the 1950’s television programs had to go by the One Foot rule. Married couples could be seen in the same bed as long as one foot was on the floor, an interesting guideline considering you can still have sex with one foot on the floor, and you can have sex on a sofa, a chair…Thankfully, the sexual revolution of the mid 1960’s had a great impact on television.

Censorship standards loosened in the 1960’s and married couples began sharing a bed on television. Attitudes toward sex became more liberal and this transferred to storylines in both daytime and primetime shows. In the 1970’s, sex scenes progressed to having a sheet wrapped around the male character’s waist and covering the female character’s chest. Later in the decade, the amount of sexual content on the soaps increased between unmarried couples. When promiscuous sex without consequences became popular as a storyline, ‘Planned Parenthood’ became alarmed and put an advertisement on TV targeting teenagers promoting sex with responsibility.

Subscription channels like Hulu, don’t fall within the FCC daytime guidelines, so when there was a re-boot of “All My Children” and “One Life to Live,” they allowed profanity and hotter sexual activity. Some viewers objected rather bitterly and vocally, calling it “vulgar,” while other viewers were so thrilled at how real and sexy it was that when they went back to watching the other soaps on TV, were letdown that they couldn’t see the same level of desire. We recall one particularly provocative scene on the All My Children reboot in which Colby gave Pete oral sex, that shocked some viewers.

Keeping up with the times: In the 1980’s, storylines began addressing contemporary sexuality issues. “All My Children’s” psychiatrist Dr. Lynn Carson revealed she was lesbian, making her the first one on an American soap, yet she was never given a love interest. Meanwhile, a few years earlier, in 1977, Billy Crystal played a gay man on Soap. In 1986, “The Young and Restless’” Danny Romalotti and Traci Abbott promoted their message ‘It’s Okay to Say No’ to support teens to encourage celibacy in order to prevent pregnancies. However, teen pregnancies continued to skyrocket. In 1987 “Another World” was the first USA soap to have an AIDS-related storyline. Dawn Rollo (Barbara Bush-Tyson) learned that she had contracted HIV from a blood transfusion from her mother who was a prostitute and died of AIDS a year later. was HIV positive and when he and Robin Scorpio had unprotected sex she contracted the virus from him. She was very worried about passing the AIDS virus on to baby Emma but was relieved to find she hadn’t.

Some soaps aren’t shy when it comes to controversial topics. From 2006 a Rock star named Zarf/Zoe was introduced on “All My Children” as the first character who wished to have male to female sexual reassignment surgery. While Zarf was only on for a year, she developed an attraction to Bianca Montgomery, who followed Zarf to Paris where she was to have the surgery. In October 2008, six years before it became legal in the USA, the first same sex engagement took place on “All My Children” between architect Reese Williams and Bianca Montgomery. The two met in Paris, became engaged, and convinced Zach to become their sperm donor and had a daughter named Gabrielle. They married, making them the first lesbian couple to have joined in marriage in a soap opera. We fast forward to 2014, when “Days of our Lives” wrote the first same sex couple on the show for Will Horton and Sonny Kiriakis, and first wedding between two men when Sonny proposed to Will and they made television history by having Marlena Evans (Will’s grandmother) officiate in March 2014.

In 2015, the second transgender female character on a US soap was introduced on “The Bold and Beautiful.” Maya Avant Forrester (born Myron) became the first transgender bride to be married on a daytime soap. Her father was dead set against it and she called him out during the wedding. Many viewers were not in agreement with the controversial storyline but others thought it led the way to acceptance of others.

Soaps.com wonders what will come next in our soaps. We’re also curious as to what you’d like to see. Leave us a comment below to let us know if you’d like the soaps to be spiced up sexually speaking? Would you like to see more lesbian, gay, bisexual, and transgender (LGBT) main stream characters?