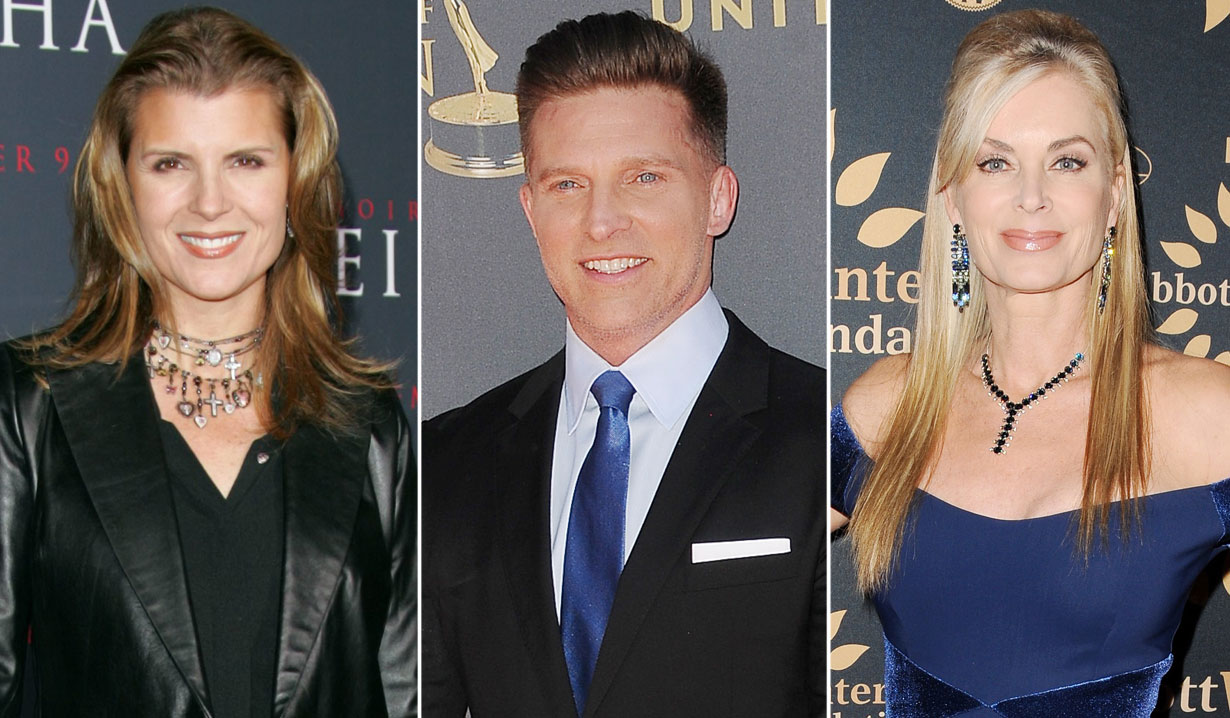 Casting news for the month of June.

June’s comings and goings on Soaps.com included a fan favorite back to “General Hospital,” a “Young and the Restless” actress jumping back over to “Days of our Lives,” and huge returns on “The Bold and the Beautiful.”

The Bold and the Beautiful:
On “The Bold and the Beautiful,” it was a double shocker when Kimberlin Brown returned as Sheila Carter at the beginning of June, followed by Sean Kanan as Deacon Sharpe. Both were involved in the stalking of Quinn, which was investigated by Geoffrey Kennedy as Detective Edwards and Dan Martin Lt. Baker. Robert ‘Rock’ Galeotti played a forensic tech, and the son of two soap legends Hank Northrop appeared as a waiter at Il Giardino. Read Soaps.com’s The Bold and the Beautiful Comings and Goings to find out when “Sex and the City” heartthrob Gilles Marini will be appearing and as who.

Days of our Lives:
June saw the death of Vincent Irizarry’s Deimos Kiriakis, though he may continue to appear in flashbacks until August. It was announced that Gabrielle Haugh, who took over the role of Jade, finished taping and would be leaving the show. Kevin Riggin returned as JJ’s high school slacker friend Rory. Nadia Bjorlin, who is pregnant in real life, departed for the time being as Chloe Lane. Shawn Christian, whose Dr. Daniel Jonas can’t rest in peace, returned as a ghost at the end of the month. Ken Lerner played Judge Thorpe, a role he’s previously played. Arianna Zucker finished taping her finals scenes as Nicole Walker in June, while Eileen Davidson returned to tape new scenes as Kristen DiMera. Read our Days of our Lives Comings and Goings to find out about some day players for the month of June and July, as well as the details on Alison Sweeney’s return as Sami Brady.

General Hospital:
Eddie Davenport ended his run on “General Hospital” as Costa, Helena’s henchmen, while Rick Ravanello played the short-term role of the gangster Garvey. Vernee Watson, best known for playing Will Smith’s mother on “The Fresh Prince of Bel-Air” joined the show as Curtis’ Aunt Stella. Rio Mangini played Oscar, a love interest of Carly’s teen daughter Joss as the month came to an end. Huge casting news broke in June for “GH,” including that Rebecca Budig had taped her final episode as Hayden Barnes, and Steve Burton was returning to the show in the future. The actor formerly played Jason Morgan on the show. Kirsten Storms was back in the studio taping, and the show landed soap-vet James DePaiva in a top secret role. Read Soaps.com’s General Hospital Coming and Goings to find out who DePaiva will be playing, and when you can expect to see Nicolas Bechtel as Spencer Cassadine again.